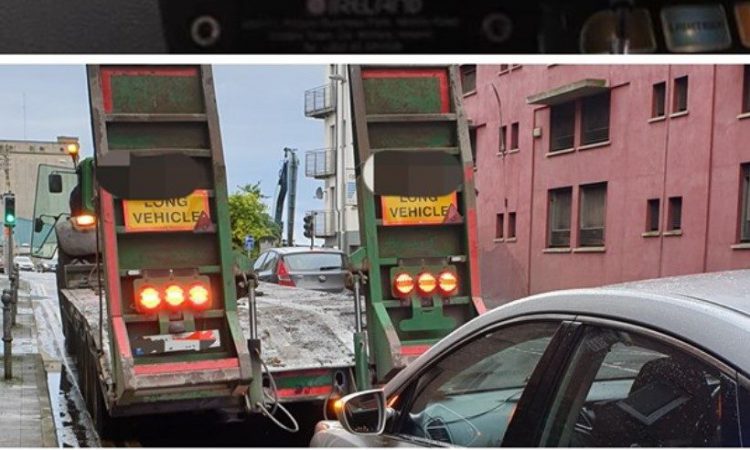 A tractor driver landed in hot water with members of An Garda Síochána earlier this week following an incident of “distracted driving”.

Taking place in Co. Limerick, Gardaí from the southern region, comprising counties Cork, Kerry and Limerick, stopped a driver operating a tractor and low loader trailer who was on a mobile phone.

In a statement on social media on Tuesday, September 3, the Gardaí said:

[The] driver of this tractor and trailer unit [was] using [a] mobile phone while negotiating [a] busy Dock Road Roundabout in Limerick City.

Noting that this is “distracted driving”, the Gardaí added that a fixed charge notice was issued to the driver in question.

Also in Limerick, the same Gardaí detected a novice driver on the M7 motorway driving 181kph in a 120kph zone.

The officers noted that the “driver is off to court at that speed and circumstances”.

According to the Road Safety Authority (RSA), using a mobile phone while driving makes one four times more likely to crash, adding that driver distraction plays a role in 20-30% of all road collisions.

Meanwhile, detectives are investigating an attempted ATM theft in Enniskillen, Co. Fermanagh, during the early hours of this morning, Thursday, September 5, the Police Service of Northern Ireland (PSNI) has confirmed.

Detective inspector Trevor Stevenson said: “Police were alerted at around 5:20am of an attempt to steal an ATM machine from a service station on the Sligo Road, near Scaffog.

“Police responded and when officers arrived on scene, two male suspects made off.

Significant damage was caused to the ATM bunker; however, we believe at this time no money was taken.

“Our enquiries are at an early stage and officers remain on scene this morning,” the inspector added.