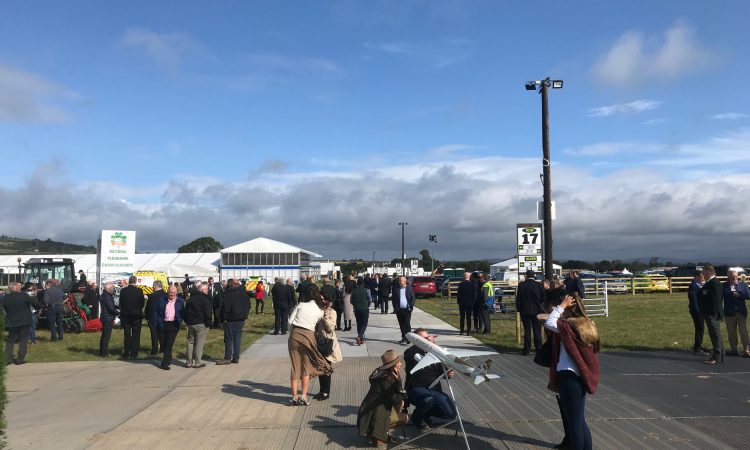 The electric atmosphere that comes with “Ploughing 2019” is starting to descend on Fenagh, Co. Carlow, as the 2019 National Ploughing Championships draws near, according to assistant managing director of the National Ploughing Association Anna Marie McHugh.

Speaking to AgriLand at the official launch of #Ploughing19 yesterday, Wednesday, September 4, McHugh lauded the buzz felt around the site as it continues its transformation into the hive of activity expected on Tuesday week, September 17.

“There’s a great atmosphere here at the launch. That electric kind of feeling that goes with ‘Ploughing 2019’ is here,” she said.

You’re always apprehensive about whether a new venue will work and will the build work and everything – and it has.

The assistant managing director also hailed this year’s site of Ballintrane, Fenagh, as a “great location”, noting that it is on the side of the N80 and just off the M9.

“We’re in the biggest trade field we’ve ever had – actually three fields make this site this year; we have great landowners that are putting the facility in place for us and we have fantastic ploughing ground for the championship.

“We have some machinery demonstrations right in the middle of the trade field; we’re kind of doing that as a trial.

We’ve had machinery demonstrations before but we’ve never really been able to bring them into the trade arena because of space – but this year we have a couple of them happening in the trade arena.

Turning to the international side of the event, McHugh noted that there will be “more international business guests coming than ever”, adding that this will be a key part of the business element of “Ploughing 2019”.

“That part of ‘Ploughing 2019’ – it’s not just about the punter coming in the gate – it’s about creating business for those companies. So we’re hoping that everything is coming together for them as well.”

McHugh hailed the recent success of Team Ireland at the World Ploughing Championships in the US in recent days; Eamonn Tracey and John Whelan each took home a silver medal in their plough classes.

McHugh, who is also general secretary of the World Ploughing Organisation, added that it was an uphill battle for the Irish ploughmen after a shaky start.

“The guys both came fifth on day one – and our guys are fantastic ploughmen – but they both came fifth because the challenge and the standard is just so high, and the luck of the draw too with plots.

“They both came first on day two. And then both were overall second, so they’re absolutely thrilled.”

Turning to the official live streaming of “Ploughing 2019”, which will be broadcast through AgriLand’s channels – McHugh said:

“We feel that the live streaming is massively important for the event because not everybody can actually get to the event.

“You’ll have people as well that can come one day and can’t come another day or want to plan ahead by listening in and looking at what is going on.

Even internationally from the number of comments from people that are actually watching the event online – and I think that’s actually becoming a huge thing internationally.

“It’s huge for us and we’re delighted that AgriLand are involved in it.

“It’s really significant for us; it’s something that we’re expanding all the time and we’ve talked to AgriLand to a huge level to make sure that we’re covering all aspects of the event.” 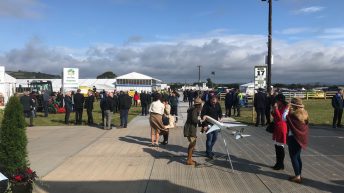