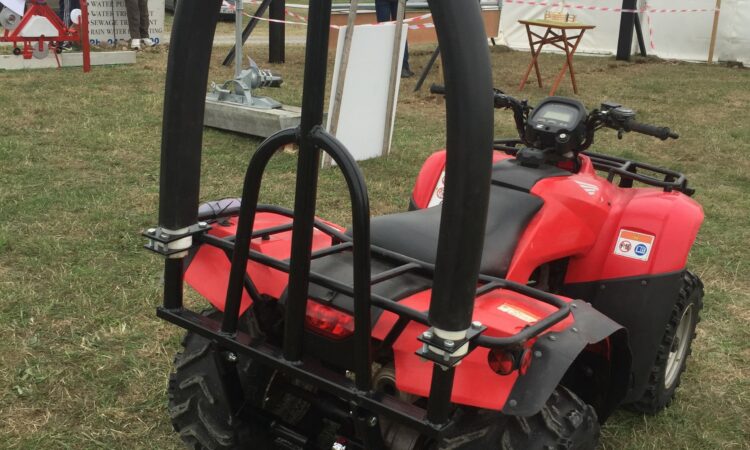 Three years ago, Ger Rigney noticed an industrial lawnmower with a roll bar fitted to it and wondered: Why was the same not fitted to quad bikes?

Rigney, who is an entrepreneur from Belmont, Co. Offaly, recently showcased his new invention at the Tullamore Show.

Explaining the design concept for his ‘anti-roll-bar for a quad’ (for which a patent is pending), Rigney said it involves a steel construction with a rubber outer.

“The idea of the rubber is to act as a cushion area if the driver happened to get hit by the roll bar itself – which is unlikely, but must be allowed for.”

His idea was sparked from ATV-related farm accidents and the dangers of quads overturning.

CE accreditation, which is an EU-approved stamp of approval, is being sought before the product is sold wholesale.

He remarked: “There are roll bars fitted on practically every other vehicle, be it agriculture or construction. With that in mind, I started designing and I half-made one for my own quad three years ago.

I did not return to making it until a few months back and I have spent the last while fine-tuning the design.

Rigney outlined that a similar product is being sold in Ireland, but he believes his design is more cost-effective and functional.

His idea came third in the agricultural category of the inventions competition at Sunday’s Tullamore Show. 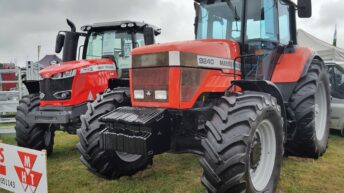