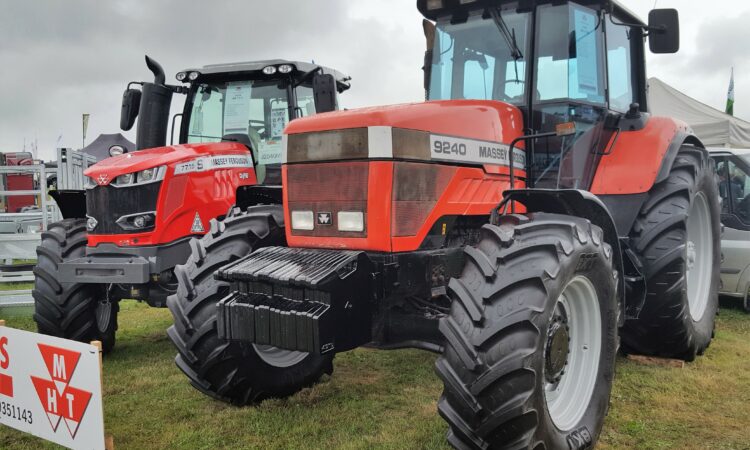 This tractor – a Massey Ferguson 9240 – was certainly one of the more unusual tractors at yesterday’s (Sunday, August 12) Tullamore Show.

It was on the stand of local dealer M Healion Tractors (of Arden, Tullamore). It’s pictured (above) alongside a considerably more modern (150/175hp) 7715 S. 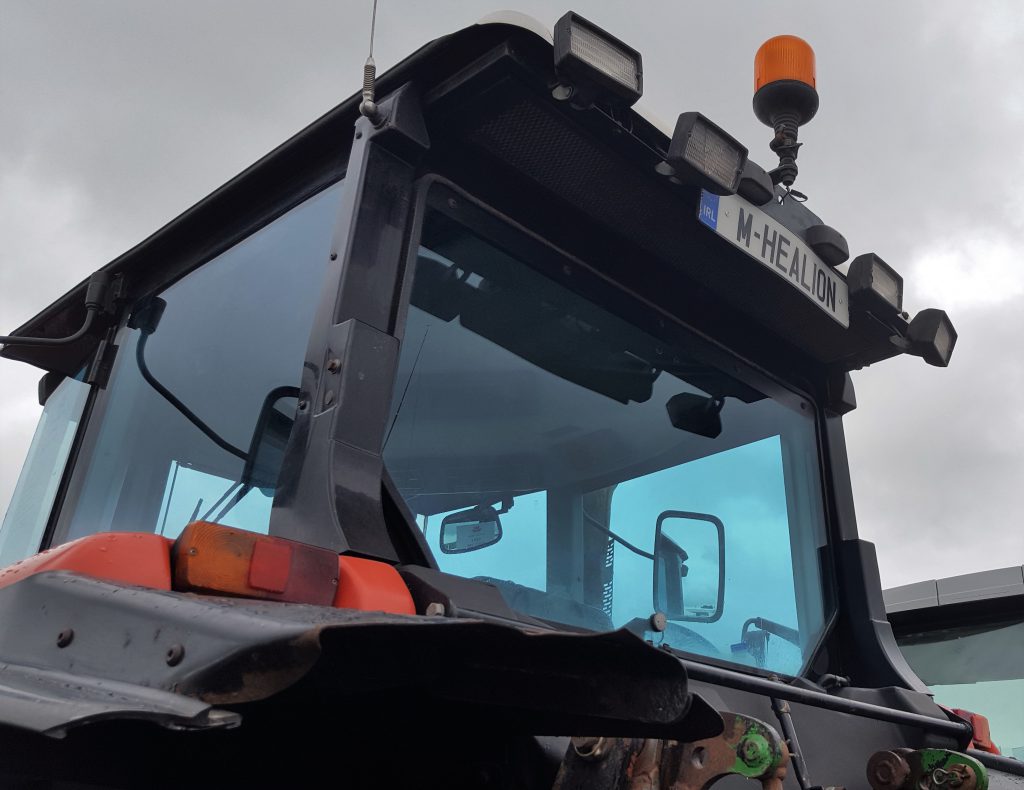 The square-cut 9240 harks back to the mid-to-late 1990s. It’s a chunky beast; depending on the exact specification it weighs 9-10t.

Muscle is provided by a Cummins engine which, in turn, is mated to a Funk (full powershift transmission). The back axle is apparently a David Brown designed unit.

The cab is perhaps its most noteworthy feature; it’s characteristic by pillar-less glazed corners at the front (and a single opening door). It’s almost like a squared-off version of John Deere’s famous SG2. 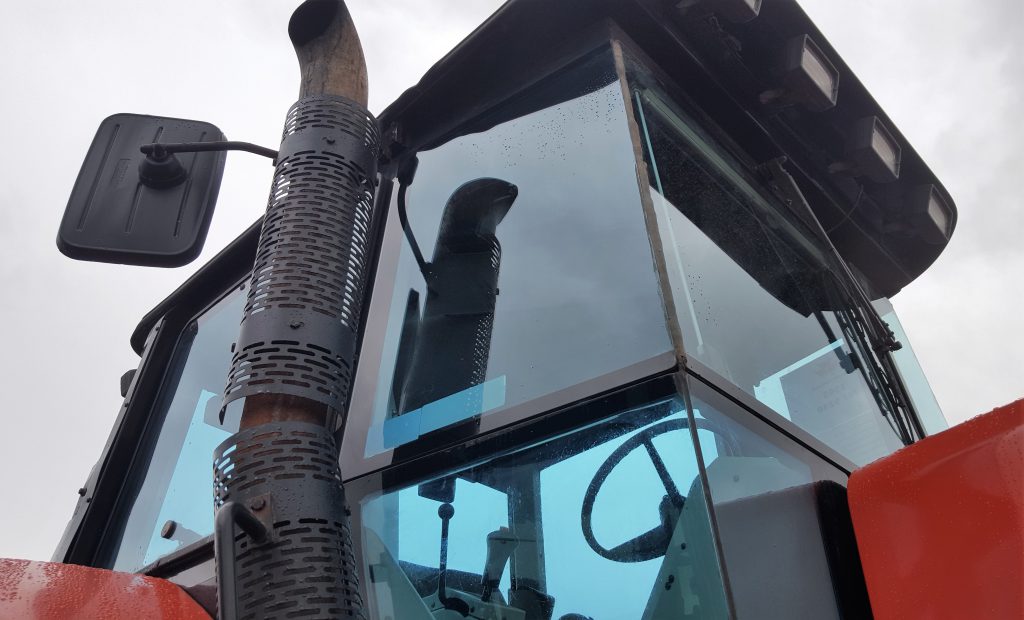 Visitors to the US may well have seen these cabs previously – on certain AGCO White and AGCO Allis tractors from days-gone-by.

Indeed, the Massey Ferguson 9240 was offered in a variety of different guises (i.e. badge-engineered under several different brand-names). 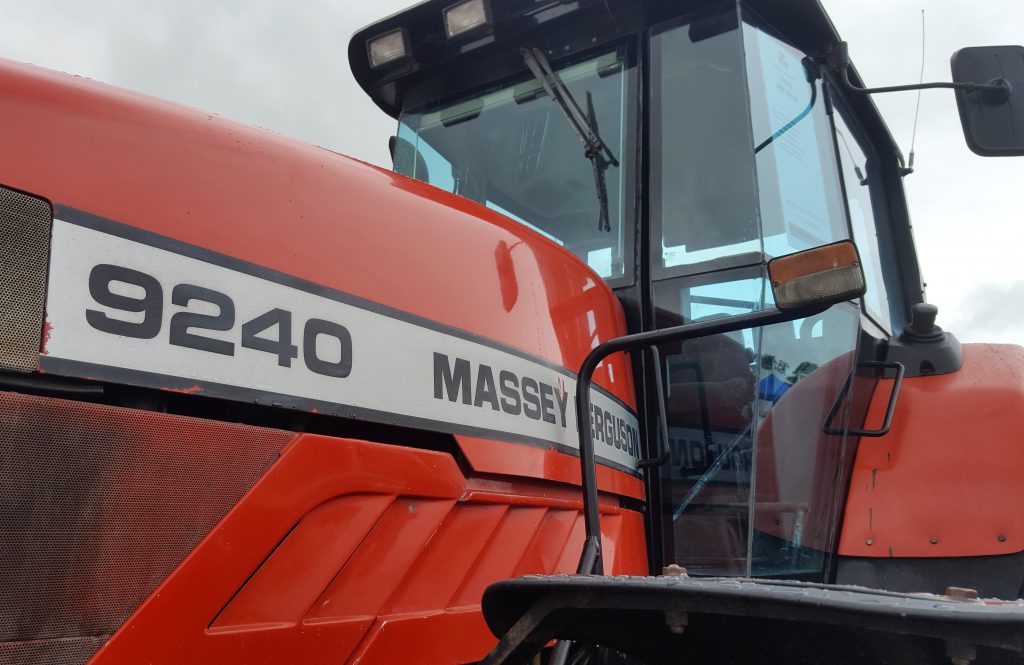 It was, albeit with some modifications, even offered under a variety of SDF (Same Deutz-Fahr) brand-names.

When new, none were sold in Ireland (as far as we know). Apparently, just a dozen or so even made it to the UK. Since then, the occasional example pops up in the classified ads (here or overseas). 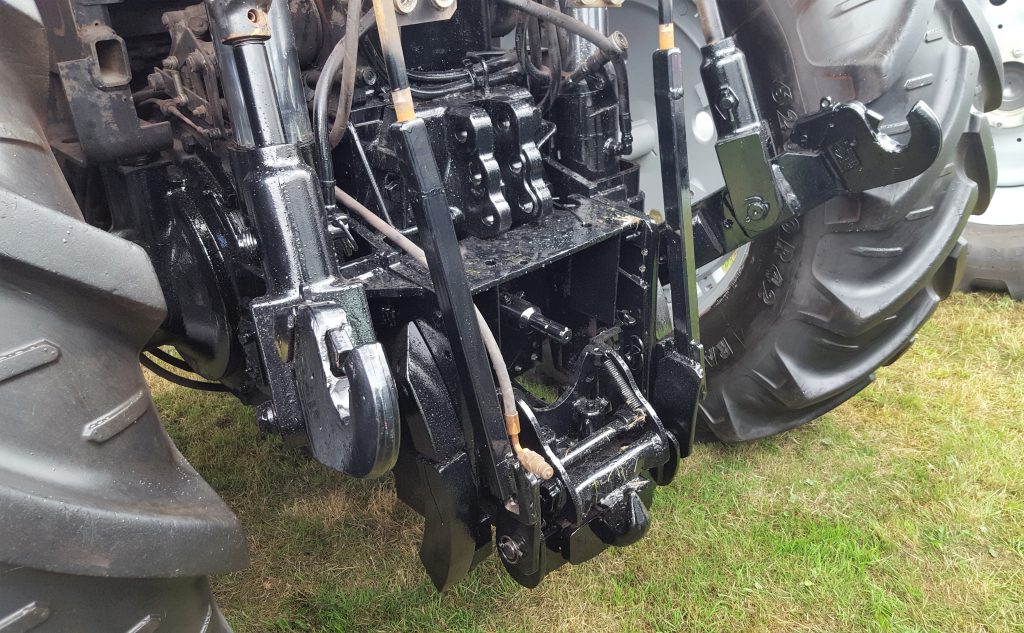 This particular example is owned by M Healion Tractors – a well known tractor garage in the midlands. Speaking to AgriLand, Micheal said: “This tractor will likely be with us for ever more. We brought it to Narraghmore for the [Massey Ferguson] world record earlier this year.” 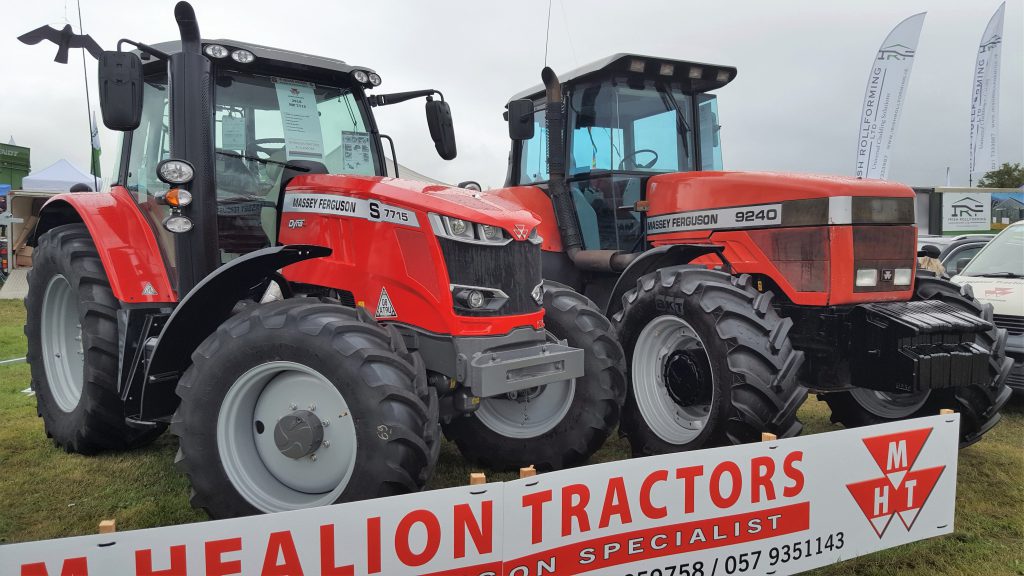 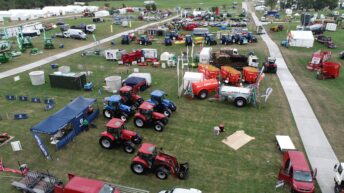