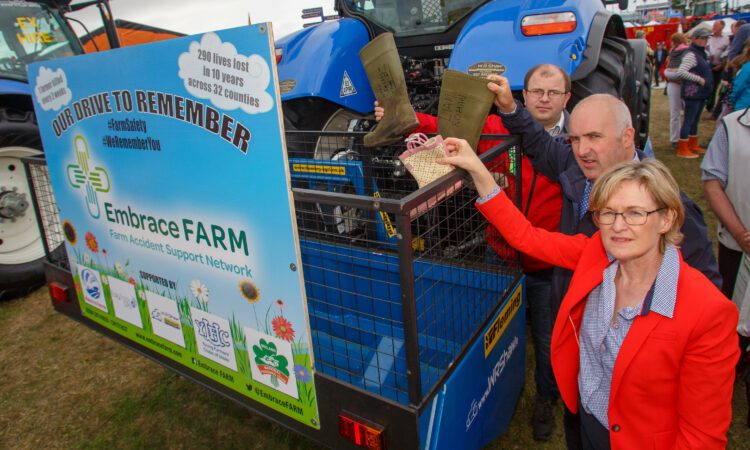 Farm accident support network Embrace FARM had its launch of ‘Our Drive to Remember’ at the Tullamore Show yesterday afternoon (Sunday, August 12).

With sponsorship from Tullamore-based New Holland dealer W.R. Shaw, the tractor is set to begin its journey across the 32 counties of Ireland today from Co. Westmeath.

The road will then take it to counties Longford, Roscommon and Leitrim.

The opening address was given by: Mairead McGuinness, MEP and First Vice-President of the European Parliament; James Healy, national president of Macra na Feirme; and Brian Rohan, chairperson and co-founder of Embrace FARM.

Billy Shaw of W.R. Shaw and Mark Egan from Easytrack GPS Survey – who installed a GPS tracker on the tractor for people to follow throughout its drive – also spoke at the event.

Embrace FARM has expressed thanks to everyone who attended for their support for the event “that is to raise awareness for lives lost in farming accidents which has accumulated to 290 over the last 10 years, and of course, for farm safety practice”.

Updates will be given daily via the Embrace FARM Facebook page with details of the GPS tracker can be found to see it on its journey.

Local Macra clubs will also be able to provide info on the tractor’s route, organisers have claimed.

For those interested, donations can be given to the cause via the Embrace FARM website or the event’s iDonate page. 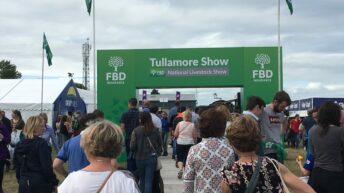