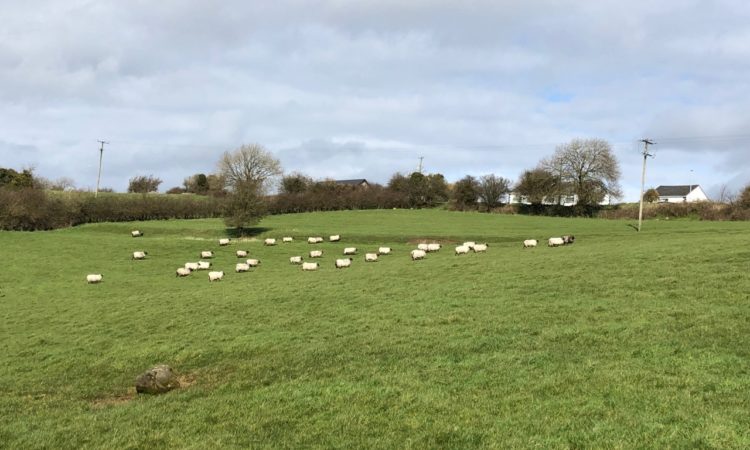 The country is in the midst of the Covid-19 (coronavirus) pandemic.

How is this unfolding crisis impacting on farming and the agricultural sector?

The Department of Health reported that 701 new cases of Covid-19 had been notified in the Republic of Ireland, bringing the total number of confirmed cases to 19,262.

26 more people died here, bringing the number of deaths from the virus (including deaths where the link to Covid-19 is deemed as “probable”) to 1,087.

The Department of Health reported that 377 new cases of Covid-19 had been notified in the Republic of Ireland, bringing the total number of confirmed cases to 18,561.

52 more people died here, bringing the number of (laboratory-confirmed) deaths from the virus to 1,063 (including revisions of previous figures).

5:38pm: FTMTA: ‘Any return to normal looks like a very long-term prospect’

The Farm Tractor and Machinery Trade Association (FTMTA) urged its member businesses to prepare for a “very controlled environment” if and when restrictions begin to ease on Tuesday, May 5.

FTMTA chief executive Gary Ryan said: “We are already in quite a fortunate position in comparison to many businesses in that we are currently allowed to operate. Any return to normal looks like a very-long term prospect.”

He said that the commencement of the silage season, coupled with the good weather and the fact that there are more people on the family farm (due to Covid-19 restrictions), means there is more potential for accidents.

The Agricultural Consultants Association (ACA) issued a reminder to farmers. It indicated that the window for submitting applications for the 2020 nitrates derogation closes at 12:00pm on Friday, April 24.

12:11pm: Further calls for farmers to sign up to new BEEP-S scheme

Colm O’Donnell, the president of the Irish Natura and Hill Farmers’ Association (INHFA), called on suckler farmers to ensure they apply for the new Beef Environmental Efficiency Pilot – Suckler (BEEP-S) scheme before the closing date of May 15.

He said that the new scheme is “by far the simplest and most straightforward intervention coming from the Department of Agriculture, Food and the Marine to date”.

9:35am: ‘Definite concern’ over availability of seasonal workers

Speaking on the Agricultural Science Association’s (ASA’s) webinar on ‘Agri Supply Chain amidst Covid-19’, Barbara Keatley, retail account manager of Total Produce, explained the dilemma facing growers: “The berries have already started, but our broccoli mass production will start to ramp up in mid-June onwards and that could be a real issue.”

She said that there is “definite concern” among Irish growers as to the availability of seasonal horticulture workers as harvest season looms.

5:00am: Date set for ‘gradual reopening’ of NI marts

The Northern Ireland Livestock and Auctioneers’ Association (NILAA) – a body representing the region’s livestock sales rings – announced that plans are afoot to reopen livestock marts in Northern Ireland on a “gradual basis” from Monday (April 27).

The Taoiseach, Leo Varadkar, highlighted “acute difficulties” in the agriculture sector during a meeting of European heads of state and governments.

Speaking after a video conference meeting of the European Council, the Taoiseach outlined the impact of Covid-19 on Irish farming and food processing, due to what he said was a collapse in exports and prices.

The Irish Co-operative Organisation Society (ICOS) said that urgent changes are needed to the proposed Aids to Private Storage (APS) scheme from the European Commission (for dairy produce).

The society outlined its concerns in a number of areas, including “inadequate” fixed storage aid rates for butter and skim milk powder (SMP).

Meat Industry Ireland (MII) director Cormac Healy said that beef has been the most impacted sector of the meat industry (by the Covid-19 pandemic), saying: “What we’re really struggling on is steaks – and they account for a big part of the overall value of each animal.

“We’ve a real imbalance in the carcass at the moment.”

Tim Cullinan, the president of the Irish Farmers’ Association (IFA), urged all meat processors to “immediately act” on the Aids to Private Storage (APS) schemes from the European Commission.

On Wednesday, April 22, details of the commission’s €80 million support package emerged. It includes an aid scheme for beef (steak cuts) for a maximum estimated volume of 25,000t to be stored for a minimum of three months to a maximum of five months (with a budget of €26 million).

The Department of Agriculture, Food and the Marine confirmed that a total of 78 livestock marts are currently approved to operate within the limited range of essential services that comply with Covid-19 restrictions.

10:46am: Mart has licence suspended over breach in Covid-19 protocol

A mart had its licence to trade suspended after being found to be in breach of Covid-19 restrictions – with Gardaí called in to close down the sale.

The Minister for Agriculture, Food and the Marine Michael Creed cautiously welcomed the announcement of an aid package for European agriculture in the wake of the impact of Covid-19.

In a brief statement, a spokesperson for the minister said: “While the announcement by the European Commissioner for Agriculture and Rural Development is useful, a more comprehensive range of measures is still required.”

5:08pm: ‘Ploughing’ 2020: Ploughing contest could go ahead without exhibitors

Speaking on RTÉ Radio 1 Anna Marie McHugh of the National Ploughing Association (NPA) stated that it was possible that the ploughing competition could go ahead without the exhibition part of the event.

McHugh was speaking after the Taoiseach, Leo Varadkar, announced that there would be no gatherings of over 5,000 people in the country until September 1 this year.

It was reported that the European Commission is preparing to approve an Aids to Private Storage (APS) scheme worth €45 million for beef and lamb produce, as part of its touted €80 million (agricultural) aid package.

Organisers confirmed that planning would continue for the postponed 2020 Balmoral Show in August (in Northern Ireland), despite a ban on large public events until September in the Republic of Ireland.

It was reported that the European Commission was set to approve an Aids to Private Storage (APS) scheme of up to €30 million for dairy produce, as part of its touted €80 million (agricultural) aid package.

Edmond Phelan, the president of the Irish Cattle and Sheep Farmers’ Association (ICSA), said that reports of an €80 million (EU agricultural aid) package were “just a drop in the ocean” compared to what would be necessary.

It was mooted that the package would include provision of Aids to Private Storage (APS) for a number of dairy products, as well as for steak.

7:54am: Supermac’s outlets to reopen on ‘phased basis’

Supermac’s announced that a number of its outlets around the country are to begin reopening on a phased basis.

These outlets will operate delivery, ‘drive thru’ and ‘drive and collect’ services, in order to comply with social distancing measures. Seating areas will remain closed.

The Minister for Finance and for Public Expenditure and Reform, Paschal Donohoe, published the Government’s Stability Programme Update (SPU). It sets out a “macroeconomic and fiscal scenario” for the 2020-2021 period “incorporating the impact of the Covid-19 pandemic”.

Farm organisation and industry leaders were unenthused by plans for an €80 million aid package for agriculture from the EU.

In addition to the mooted €80 million package, it was understood that the European Commission intends to roll out Aids to Private Storage (APS) for some dairy and beef produce.

“This was reflected in the latest European spot butter and skim milk powder (SMP) prices which posted further heavy losses over the last couple of weeks on April 8 and April 15.

The Department of Agriculture, Food and the Marine confirmed that, as of the night of Monday, April 20, there had been 68,835 Basic Payments Scheme (BPS) applications.

2:00pm: ICOS in talks with department over possible resumption of mart auctions

The Irish Cooperative Organisation Society (ICOS) said that talks are ongoing between it and the Department of Agriculture, Food and the Marine regarding the possible resumption of mart auctions under strict protocols.

Aurivo announced its milk price for March, revealing a reduced figure (compared to the previous month) due to Covid-19’s impact on markets.

9:14am: National recruitment initiative for horticulture in the works

The Department of Employment Affairs and Social Protection confirmed that a national horticulture recruitment campaign is being developed to recruit temporary workers from within this country, with the first steps of this initiative being taken imminently.

8:12am: Range of measures announced on vehicle tests and driving licences

The Minister for Transport, Tourism and Sport Shane Ross announced a range of measures (late on Monday, April 20) regarding vehicle tests and driving licences.

The minister detailed “legislative steps” taken in support of the closure of several Road Safety Authority (RSA) services, as a result of Covid-19.

The Minister for Agriculture, Environment and Rural Affairs in Northern Ireland – Edwin Poots – said that over £4.5 million of public money was redirected to help around 50,000 vulnerable and isolated people in rural communities – to stay home and to stay safe during the Covid-19 pandemic.

The Department of Agriculture, Food and the Marine hit back at complaints over “bureaucracy” in dealing with live exports and has paid tribute to the front-line staff involved in facilitating exports during the current Covid-19 situation.

In a statement, the department said: “Against this background [the efforts of front-line staff] it is extraordinarily disappointing to read some of the commentary over the weekend in relation to the efforts made to facilitate live exports late last week.”

11:51am: Consultants urge farmers to apply for BEEP-S

Tom Canning, the president of the Agricultural Consultants Association (ACA), said that the association’s members are “actively encouraging” farmer clients to participate in the scheme, as it “provides substantial supports to suckler farmers at a time when it is desperately needed”.

Co-ops promised that “renewed pressure for market supports” will be placed on European Commissioner for Agriculture Janusz Wojciechowski in a meeting later this week.

Ahead of the meeting ICOS confirmed that its president Jerry Long and European affairs executive Alison Graham will represent the Irish dairy processing co-operatives on the call with Commissioner Wojciechowski.

11:02am: Flour shortage ‘the result of years of under-investment’ in tillage

The Irish Cattle and Sheep Farmers’ Association (ICSA) said that the current shortage of flour in Ireland is a “direct result of years of under-investment in the tillage industry”.

Gavin Carberry, the association’s tillage chairperson, said: “It took a pandemic to expose just how dependent we are on flour from the UK and elsewhere, and with the UK now experiencing shortages of its own, it has left us in a very precarious position.”

To see farming-related (Covid-19) updates and developments from April 13 until April 19, 2020, click on this link.