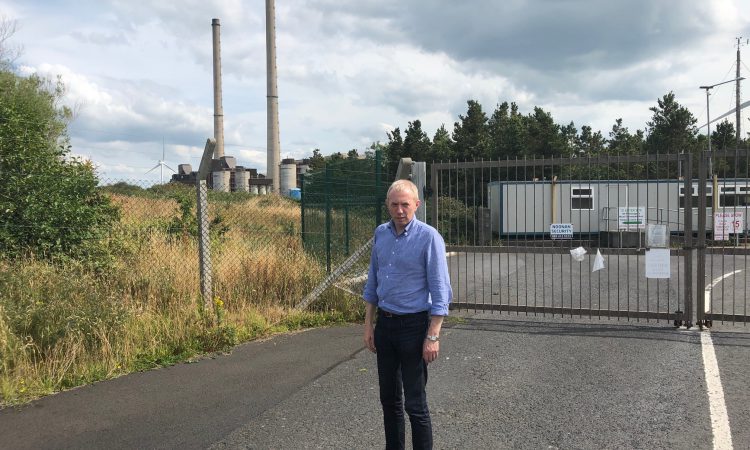 We have to look at what the asset is…it is the two major transmission lines between Moneypoint and Dublin. Effectively, along the east coast is where the biggest demand for electricity is.

These were the sentiments expressed by Fianna Fáil’s Co. Clare TD deputy Timmy Dooley who was speaking to AgriLand in the aftermath of a decision taken by ESB on July 8 last to realign operation and resources with a new lower running regime at Moneypoint Power Station.

At the time, the company pointed out that due to market pressures, carbon prices and increases in renewable energy, the power station was running far less than previously and there was therefore a need to introduce the lower running regime.

The move led to the loss of 100 out of close to 200 jobs at the plant and raised serious concerns in the community about its future.

Getting the focus right

Dooley says that a taskforce must be established to deal with any fall-out that may arise as a result of the power station’s possible closure.

Local councillors together with Oireachtas members and some of the business community in the area got together to discuss the situation.

He continued: “They recognised that the ending of the burning of coal at Moneypoint was going to have a very significant impact on employment in this region.

“There had been an expectation that the Government would step in and put in place a transition programme that would identify other opportunities for investment and try and ensure that there was a continuity of employment here.

“But now it appears that the ESB is going to end generation of electricity at Moneypoint – or at the very least scale it back considerably – because of market forces.

“We could be out of business here – there might be no more electricity generated here long before 2025 or certainly there will be a very, very significant reduction.

“That is going to impact very, very negatively on employment and the wider community because there was a lot of contacting work that went with Moneypoint and that generated a big spend in west Clare.”

Doing what needs to be done

Dooley also pointed to the “knock-on spend” in the local shops, pubs and other enterprises.

What we would really like is the for the Government to set up a national taskforce.

He added: “That taskforce could involve the IDA, Enterprise Ireland and state agencies to recognise the scale of the crisis.

“That hasn’t been done yet and so locally we are saying let’s take the bull by the horns ourselves and get something established under the auspices of Clare County Council.

“Hopefully, in the not too distant future, the Government will come to its senses and take control of that initiative.”

The local TD then pointed to how the focus now must be on the “asset” that is Moneypoint Power Station.

We have to look at what the asset is…it is the two major transmission lines between Moneypoint and Dublin.

He continued: “Effectively, along the east coast is where the biggest demand for electricity is.

“We recognise now that is a big asset to have and so we need to look at options – what kind of electricity can be generated in this region going forward?

“Do we need to move towards the burning of gas at Moneypoint? Some have suggested biomass but I would have my reservations about that.

“A gas burning facility there would probably only employ about 30 people. The real opportunity that I see – and I’m not alone in this – is the opportunity to capture offshore wind.”

The answer is blowing in the wind

Dooley said that, while offshore wind from a Co. Clare perspective is difficult because there are very deep seas, there are other parts along the east coast of Ireland that boast more shallow shelves.

This, he added, allows for wind turbines to be placed on the seabed: “But once you head for the west coast of Clare that continental shelf drops away and it becomes very deep.

There are technologies being developed in other parts of the world for floating pontoons/platforms that would hold wind turbines.

He continued: “I think that it would be very important for Ireland to be at the forefront of developments like these.

“You can certainly see an opportunity into the future where the technology is developed and built here in west Clare – initially to service the potential for energy generation by offshore wind off the west coast of Co. Clare and out into the Atlantic.

“But if we can get in at the early stages then we can be part of the development of the technologies that could ultimately be exported to other parts of the world.”

Dooley went on then to point to the depth of the sea at Moneypoint and the obvious “potential” that affords.

There is a very, very deep sea marina at Moneypoint and that facility could be used for exporting the wind technology of the future for offshore locations in other parts of the world.

“We have to look at future energy technologies that could be developed here and that will require a lot of investment by the Government up-front in the early stages,” he continued.

“Having said that, this is the location in which to do all of that in, because of the opportunity that is there.

“But it will take significant funds and plenty of initiative and vision from Government to get it off the ground.” 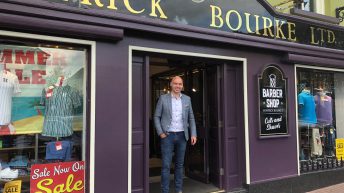 ‘Without Moneypoint as it was, we would definitely not have Kilrush as it is’