With the attention on many dairy farms turning to the oncoming breeding season, in the sixth instalment of ‘George goes dairy farming’ – a series brought to you by AgriLand and Progressive Genetics – new entrant and former ‘First Dates’ star, George Beattie, made a stop in the Royal County earlier this year.

On a wet and miserable day, he visited the farm of Patrick Martyn in Slane, Co. Meath, who milks a herd of 96 cows under a spring (60) and autumn-calving system (36).

Patricks focuses on a profit-driven herd and opts to use 50% Belgian Blue genetics on his cows during the breeding season, with all inseminations carried out by way of AI.

In terms of performance, in 2019, 499kg of milk solids were produced per cow, with a six-week calving rate of 75%. Additionally, the calving interval stood at 375 days and the herd has an average EBI of €141.

Tucked away in a shed, away from the heavy showers, George and Patrick discuss what is the best way to pick cows out for beef bulls and how the Meath-based farmer markets his calves.

I have a herd of 96 cows. Two third of the cows calve in the springtime which is around 60 cows and in the autumn I have 36 cows calving. I have a liquid contract and I always had it on this farm.

Going forward, I am going to stay producing milk during the winter. I committed myself with Glanbia for the next five years, so that’s what I’m doing.

Do you use a stock bull or AI? How do you go about breeding your replacements?

I use all AI. I never had a bull on this farm. At the moment, I’m still breeding mostly Friesian out of my heifers and second calfers, because – when I’m using Friesian – I try to use the best Friesian I can get. If I’m not using Friesian, I use Belgian Blue.

Things are improving every year; the best animals you have should be the younger animals. The highest EBI animals are the youngest, so I normally use Belgian Blue on the third calvers onwards.

Are you chasing high-EBI cows? 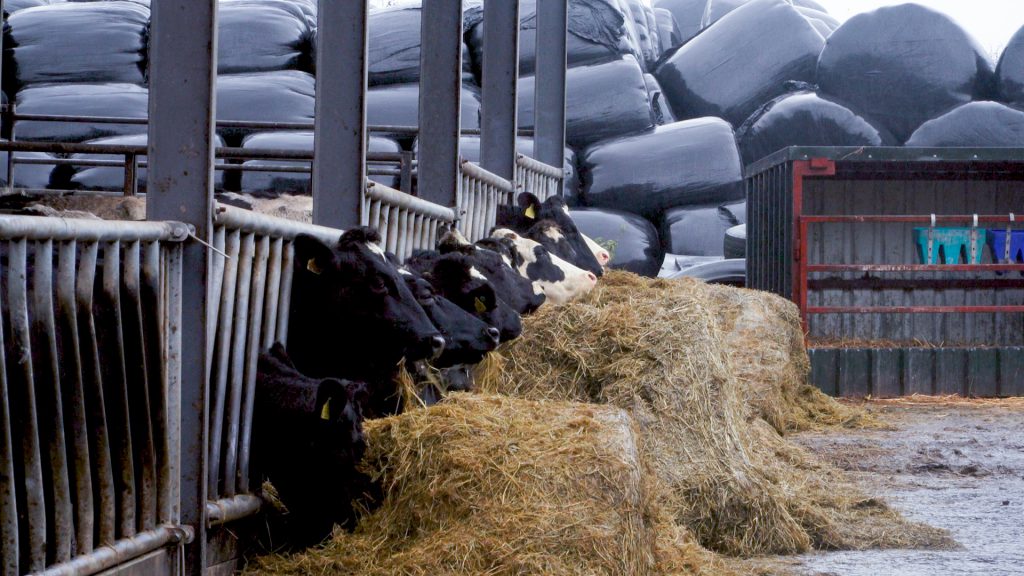 So, at the moment, this year I will push up milk production a bit more in the AI. Usually the high-EBI bulls are the bulls that have the highest solids, the highest milk output and better fertility.

Do you get the AI technician to come in or are you DIY?

No. The AI man comes in; I don’t do it myself and I’m happy with that system.

How do you track your serves? Do you use HerdApp for that?

Do you get sire advice?

Sometimes I do, but I usually talk to other farmers; I’m in a farm discussion group. I would have a look at the catalogue and see what is there that would suit me.

Not every bull would suit this system. It’s a hilly, rocky farm. I wouldn’t be big into Holstein Friesian cows; I prefer the kind of animals that I have – not tall, leggy ones. I prefer medium-sized cows that we have here.

Why would you pick the Belgian Blue over some of the more popular breeds such as Aberdeen Angus or Hereford?

I like Aberdeen Angus as well, but we’d only use an Angus on a heifer. They’re nice calves and they grow well.

The big reason we use Belgian Blue is they’re just so saleable – that’s it. Every Belgian Blue calf I had here was sold at the price I wanted to get; there’s always farmers for those calves.

During the springtime, farmers often call to me that are suckling and are looking for the odd calf. The last few years I also get people that are rearing calves and they want to buy every Belgian Blue calf I have. 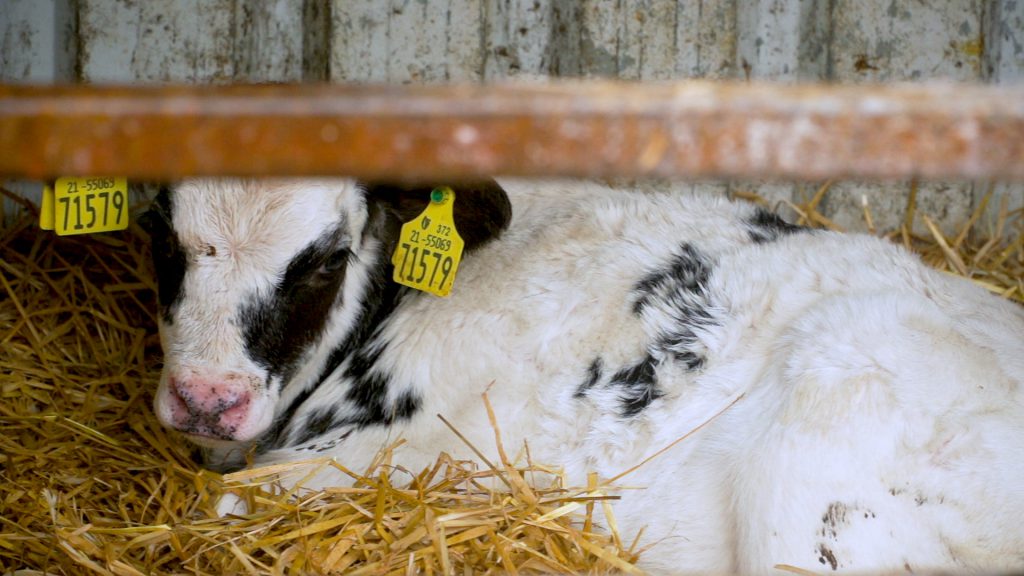 The gestation length is not as long with the Belgian Blue as it is with some of the other breeds. So, because of the shorter gestation, cows get back in calf easier and quicker.

Belgian Blue is my preferred beef bull. They’re well-coloured when they’re born so they very much stand out as being a Belgian Blue calf. I sell all the calves here at a month old or that little bit earlier.

This is a driver of profit for me. I’m farming to make money, so I do think there’s that extra bit of money to be made out of the Belgian Blues.

Aberdeen Angus sires are lovely on heifers. If I a heifer that calved late – or for some reason wasn’t with another bunch of heifers where I used Friesian – I would use an Angus on her.

But it’s Belgian Blue mostly, I used Charolais and a bit of Simmental in the past, but at the moment and for the last 10 years it’s all Belgian Blue.

I don’t like not being able to sell a calf easily. I prefer someone looking for my calves. At the moment, it’s very hard to sell Friesian bull calves and – going forward – I would like to use even more Belgian Blue.

Also, I might use sexed semen if i was happy with the results I was getting; I might even cut back more on Friesian.

What’s your philosophy and have you any advice for me going forward?

I’m in a discussion group which I’d recommend to anyone who’s interested in getting into farming. But the big thing to me is that I’m farming to make money – no other reason. I pass a lot of heed to farmers who are making a lot of money on-farm and I try to copy them.

Like I wasn’t doing two-year-old calving three or four years ago. They were going to two and a half years-of-age before they’d calve down. 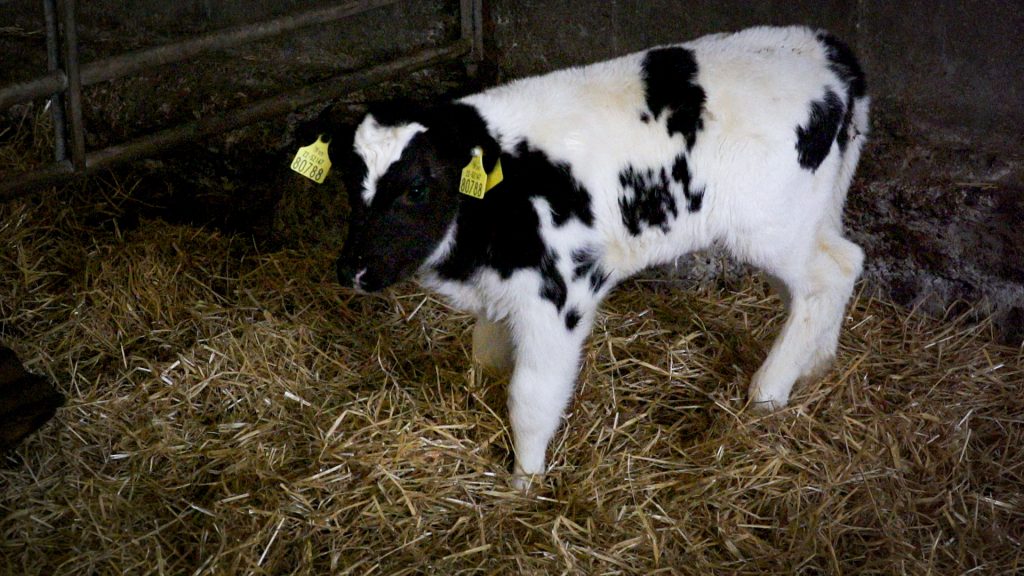 I changed that to calving at two years-of-age and I should have been doing it years ago; I was wrong not doing it.

Also, compact calving in the springtime is very important. I’d have two third of the cows calved in the month of February. There would be very few calving in April – I don’t think I’ll have any calving in April; it’s just February and March.

In the back end of the year, I start calving in September and through October and probably November; I wouldn’t be as fussy at the back end as I would be in the springtime.