‘George goes dairy farming’: Which system works best and why?

The abolition of milk quotas in 2015 was a turning point for the Irish dairy industry. Since then, cow numbers on Irish dairy farms have increased dramatically which, in turn, has lead to an increase in milk production.

While higher cow numbers are a contributing factor to this increase in production, individual farm efficiencies have also improved. These include: better breeding strategies; superior genetics; improved grassland management; and the introduction of on-farm technologies.

There are many systems operated across Ireland; these range from high-input operations to robotic indoor enterprises, and from spring-calving, grass-based farms to winter milk production herds.

In part one of the series – ‘George goes dairy farming’ – Co. Wicklow dairy farmer George Beattie visits the farm of Larry Hannon, who is currently milking a herd of 220 high-EBI cows under a split-calving, grass-based system.

Like Larry, George – who has recently returned to dairying – operates a split-calving operation – calving in both spring and autumn.

The two farmers discuss what works and what doesn’t work, and what is the best route for George to take his dairy farm in, while also touching on the important areas of: grass; breeding; farmer lifestyle; calf welfare; and making the farm attractive from a labour perspective.

What system do you operate on the farm?

Compact calving: How did you manage it?

It took 10-12 years. But, with the progression in breeding now that we have available to us, that can be done a lot quicker.

I have reached a point where I can be critical and just cut it off. You will reach a point where the herd will generate enough within itself to increase; so, you’ll get more confident in your decisions as time goes by.

The reasons for compact calving and why I like it – lifestyle is the main thing. So, you have your busy calving period and then you have your busy AI period, but one doesn’t link with the other. Then, once that’s done, you are at a point of the year where the farm should be humming.

It’s moving along in a simple way and it’s not too labour intensive, so that you can take time out and do what you want to do.

Are you ever under pressure in terms of facilities?

Compact calving has only helped calf welfare and calf health because you are totally focused on the job you need to do and the cows are calving in a shorter period of time, so you have an even bunch of calves; you are able to rear them together and they have that herd mentality at an early stage. 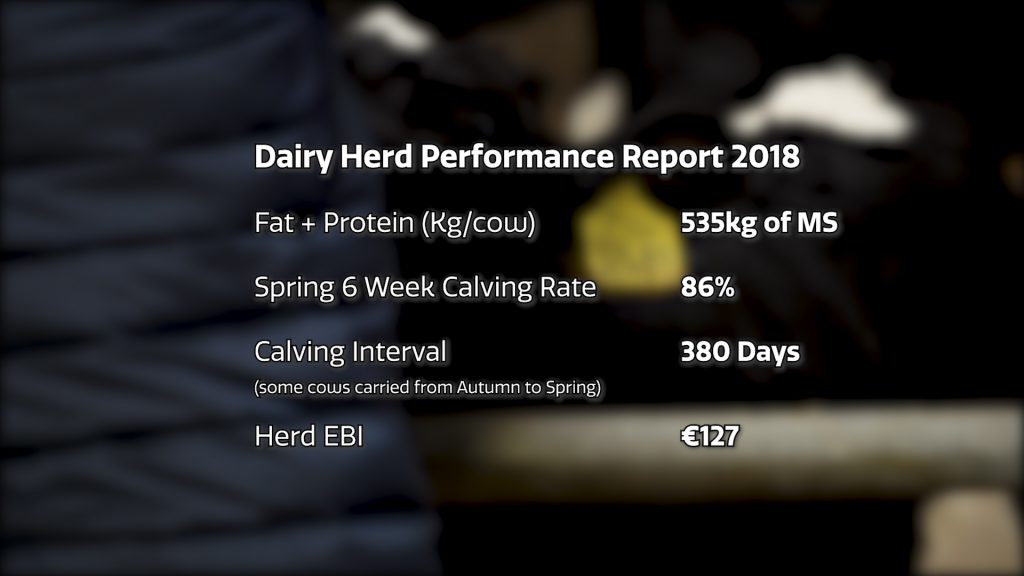 Whereas, if you are calving 10 cows in November, five in December and five in January, the sheds don’t get a break; it’s crucial to empty and disinfect sheds, so to start each part of the year clean and ready to go again.

How do you choose to breed off a cow? What tools do you use?

We have been milk recording for the last 35 years, so it’s a very important tool.

While it’s not the ‘be all and end all’ of everything, it is still important that you are able to go back and identify the production of the cow and her ability to produce offspring that will add to the herd.

Cell count is also a very important part of it too; I like to keep on top of that.

Yes. We did our first cows last week with selective dry cow therapy (SDCT). I’ve set the bar fairly high in terms of cell count because it’s a ‘dip your toe in the water’ phase we are in at the moment and there are serious risks involved if it doesn’t go right.

It has to be taken with caution as part of a new view on the dry cow. I use HerdApp and I find it very helpful because it does that for you; it’s there in front of you.

The criteria are selected by me, so I decide what I’m going to do and the app selects the cows for me.

What other practices do you use HerdApp for? 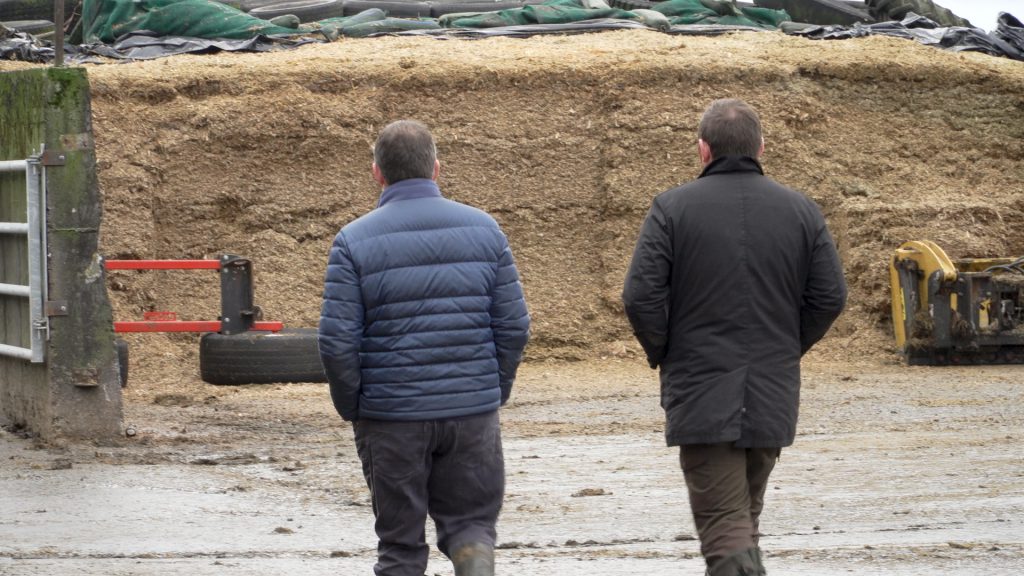 You can just look her up and see her dry-off date, when she calved last and when she’s due; it’s very helpful in that situation.

It all goes back to EBI driven. We’re in a world today that kilogrammes of solids are critical to both profitability and output.

So, on this farm, we would have achieved €0.03 to €0.04 of an increase in milk value over the last six-to-eight years – through breeding and through EBI.

The EBI is so important for the environment because we need to get cows grazing grass and producing milk at the right time of the year.

How important is fertility?

The fertility comes back to the calving interval of the cow. So, to maximise profit and kilogrammes of solids, the cow has to calve early in the year; it’s as simply as that. 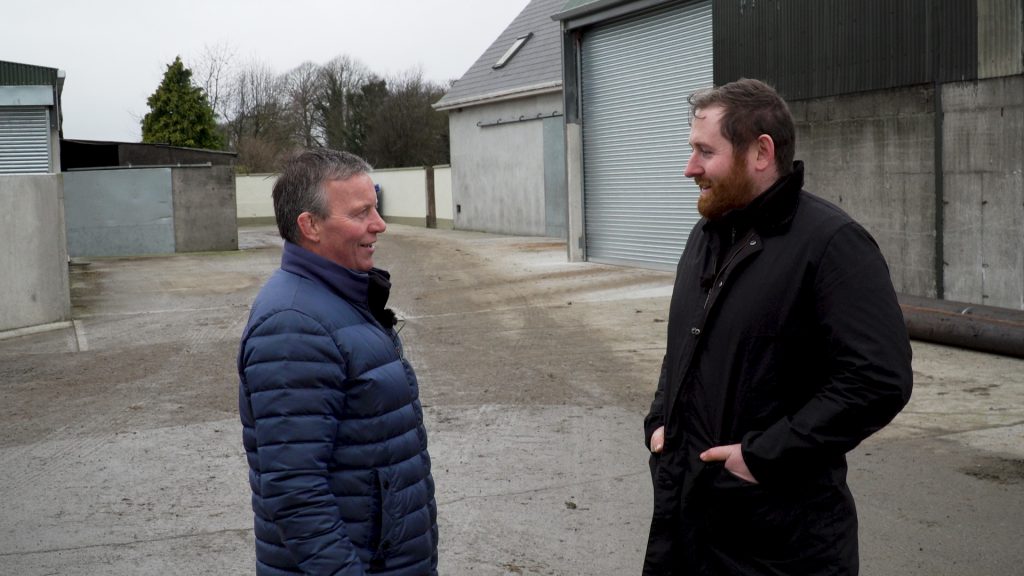 Would you value fertility as your most important trait at this point?

Absolutely. It still is the most important part of it 10 years on.

On farm, I have invested quite a lot of money and I’ve never regretted one investment that I have made.

That’s my driver – to make the environment good to work in and a farmyard I can be proud of; and a place where someone else can enjoy working with me in.

Stay tuned to AgriLand in the coming days, when George visits the farm of Peter Mongey, who is dairy farming in Slane, Co. Meath.