Look back: Some of the top tillage visits of the year 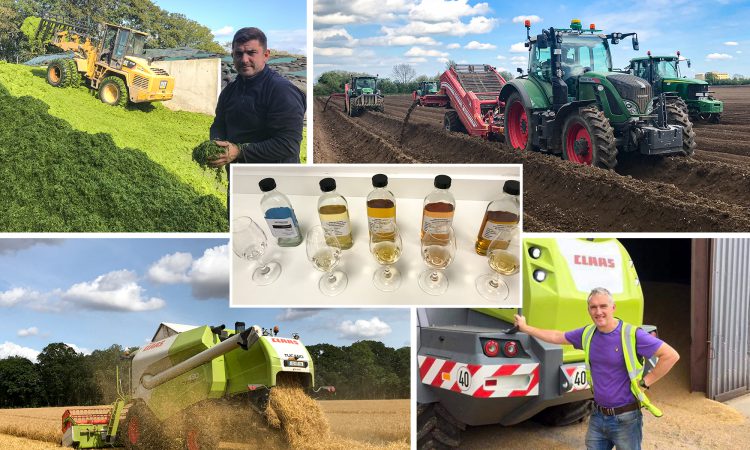 Over the next few days AgriLand will take a look back at some of the most popular visits over the past year. From spuds to whiskey to shiny new combines there was plenty of action in the tillage fields.

A tough spring and an even tougher autumn put challenges in front of farmers. However, innovation and a look towards the future were on everyone’s minds.

In February, AgriLand visited Darragh Cleary – a young farmer from outside Monasterevin in Co. Kildare. Darragh was taking advantage of the dry weather in February to sow the first crop of the year – spring beans.

Darragh practices minimum-tillage on the farm and rotation plays a huge role in reaching potential yields, as well as controlling weeds.

Planting potatoes with a ‘green army’

A lot of our readers like to look at shiny new machinery and a visit to a potato field in April caused quite a stir. The O’Gorman brothers’ army of planting machinery was hard at work in Co. Laois.

We spoke to Kevin, who explained that they were finishing off planting a week ahead of the same time they started planting in 2018.

One of the highlights this season was a visit to Waterford Distillery. Not a drop of whiskey had been sold when AgriLand visited but the enthusiasm was outstanding.

From a visit to Dalton’s Chancellors Mills, where individual farmers’ barley is stored in separate bays, to the actual distillery itself, the team in Waterford love Irish barley and the release of some of the lines next year are set to be exciting.

There’s a possibility of having whiskey from a single farm, field, soil type, county, region. The possibilities are endless and the company’s commitment to Irish barley was refreshing. If you haven’t heard of Téiroir you should get reading.

The future of tillage in Kildalton Agricultural College

AgriLand was delighted to visit Teagasc’s Kildalton Agricultural College in November where we met with some of the first year students studying crops.

In total, 35 students have opted to study crops in their first year at the college – 27% of the first year students.

A new source of protein in Co. Wicklow

John Wynne tried something different on his farm this year – wholecrop soybeans. AgriLand went along for the harvest.

The crop was easy to manage according to John and went into the pit in September. Quinns of Baltinglass has been trialing the crop for the past few years.

In July, AgriLand took a trip to Canada with the Grain Growers of Ontario. Last year, Ireland was one of the biggest purchasers of Canadian grain and so we took a look to see how it is produced.

From GM crops, to strip tillage, to the Welland Canal that transports that grain, we fitted in a lot over the few days. In the piece, we’ll look back on a video of Mark and Sandi Brock’s farm. Mark runs a tillage enterprise on the farm, while Sandi – famous for her YouTube channel – is a sheep farmer.

Over the year, AgriLand visited some of the members of BASE (Biodiversity, Agriculture, Soil and Environment) Ireland.

Gareth Culligan’s visit proved popular among readers. The Co. Louth man is innovative to say the least. His winter barley fields were filled with three different varieties, with a benefit of reduced disease pressure.

His beans were companion cropped with phacelia. Gareth doesn’t like to see his soil and provides a cover for as long as possible. As a result of the diversity in plants and the use of a direct drill on his farm there is an increase in the diversity of wildlife, insects and micro-organisms, as well as improved soil structure.

Gareth even donated his crop of sunflowers to a local soccer club to raise funds.

Moving to a direct-drill system in Co. Kilkenny

Eoin Lyons is a young farmer in Co. Kilkenny and he’s moving from a plough-based system to direct drilling, but he’s not doing it all in one go.

Eoin has a John Deere 750A drill and over the course of his rotation he is slowly moving his crops to establishment using a direct drill.

Whisky and beer from one farm

The first story that we look back on is from sunnier times. AgriLand visited David Walsh Kemmis as he harvested his barley before the rain came down.

David brews his own beer on Ballykilcavan Farm and this year saw the opening of his new brewery on the farm – up to now he had been brewing off site. However, the barley that was being harvested was intended for Waterford Distillery.

In October, the Macra Annual conference included a walk to Tom Barry’s farm in Co. Cork. Tom gave an inspiring talk to the young people in attendance. He explained how he built up his farm business and now has a second business complementing his tillage enterprise – storing 30,000t of grain.

Tom is innovative. He spreads 2 million gallons of pig slurry on his winter crops each spring and dries the grain that those crops produce using a grain drier powered by straw. 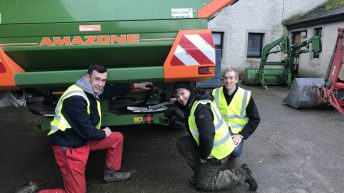