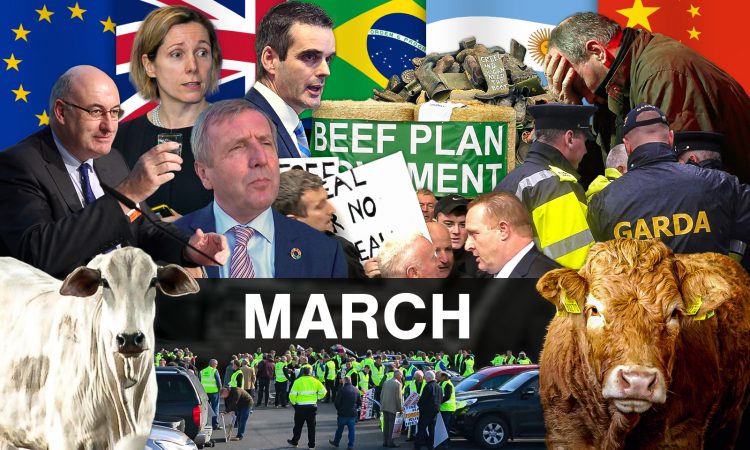 It was a ‘rocky’ start to the month of March.

The consignments were bound for Cherbourg Port in France – from there, they would go on to their final destinations across the continent.

Meanwhile, Minister Michael Creed was on a mission to reignite the country’s trading relationship with Turkey by announcing Government plans to travel to its eastern European shores.

Back home, Creed finally sat down with the co-founders of Beef Plan Movement (BPM) at a meeting in Agriculture House. 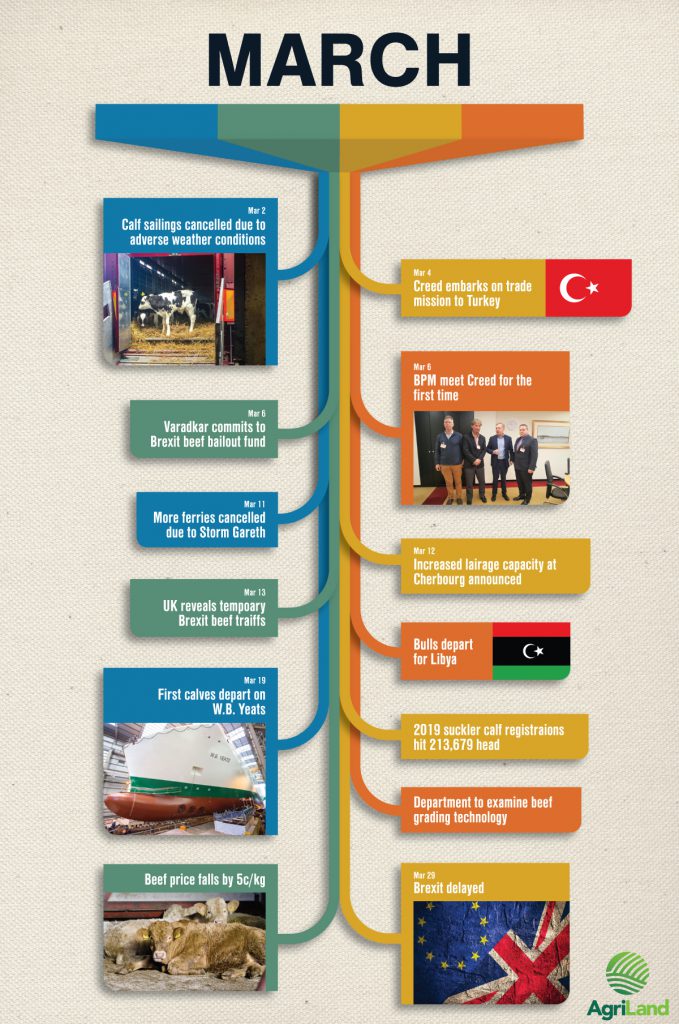 As the March 29 Brexit deadline drew near, Taoiseach Leo Varadkar pledged to protect the Irish beef industry and safeguard beef farmers’ jobs and incomes after the UK’s looming departure from the EU.

The Government remained hopeful that a withdrawal agreement between the UK and the EU would trump fears of a no-deal scenario.

Troubled waters continued to scupper calf exports as Storm Gareth made landfall mid-month. The situation led to increased pressure on exporters and a downturn in prices for calves suitable for export.

After weathering Gareth’s storm, French authorities approved a highly-sought-after proposal to expand the holding capacity at one of the lairages at Cherbourg – the move gave a green light for an additional 400 animals.

This was soon overshadowed by an EU-approved delay to the Brexit deadline – pushing ‘d-day’ from March 29 to April 12.

After a choppy start, better news on the calf export front emerged as the first consignments of calves departed on the new W.B. Yeats.

Subsequently, calf exports moved up a gear, driven by the chief importers of Irish dairy calves the Netherlands and Spain. There was also a notable 20,000t beef export increase – mainly driven by the EU demand.

Meanwhile, following on from February’s grading machine revelation, the department moved to examine new technology for grading beef on the kill floor.

Downward pressure was applied by some processors as they knocked 5c/kg from base quotes.

The situation was compounded by the varying weather conditions experienced throughout the month and the aforementioned shipment problems. As a result, calf prices struggled. 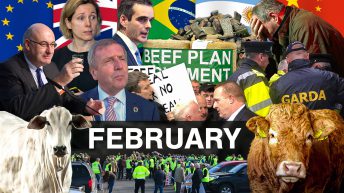