As 2019 draws to a close, this year will be one to remember for beef farmers, and indeed, anyone involved in the Irish beef sector.

Poor prices, protests and an industry steeped in uncertainty would best describe what unfolded throughout the year.

Saying that, the show goes on at farm level, and so over the Christmas period, AgriLand will publish a ‘Revisited Series’, providing a snippet of the Irish beef and suckler farms featured during the action-packed year.

In addition to the farmers flying the Irish flag, we will also take a look back to some of the eye-opening operations visited during a trip to the US earlier in the year.

In addition, we will also bring readers back behind the scenes of a well-known Irish machinery manufacturing facility. The articles – along with accompanying videos in some cases – will be published over the next 10 days.

The first stop is Co. Waterford, where Richard Long – a participant in the Teagasc Green Acres Calf to Beef Programme – finishes both early maturing and continental calves originating from his brothers’ dairy herd. 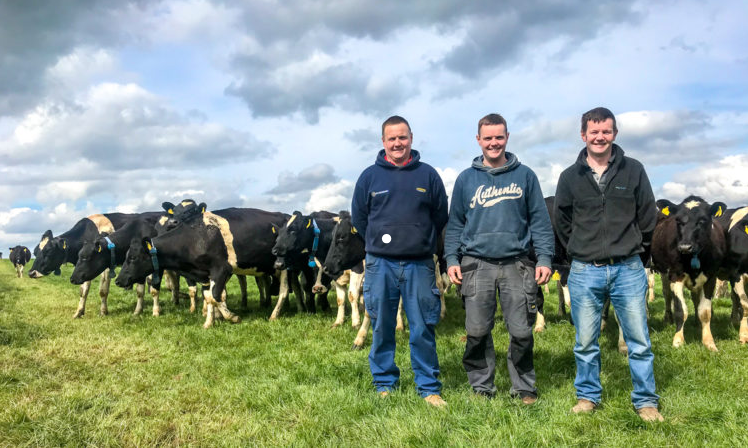 Up next will be the first of the international stops – the Wrangler Feedyard – one of 10 feedlots operated by Cactus Feeders, located close to Tulia, Texas, US.

As part of ONE19: The Alltech Ideas Conference, AgriLand – along with an Irish delegation of farmers and industry representatives – travelled to Texas and New Mexico, in the US. 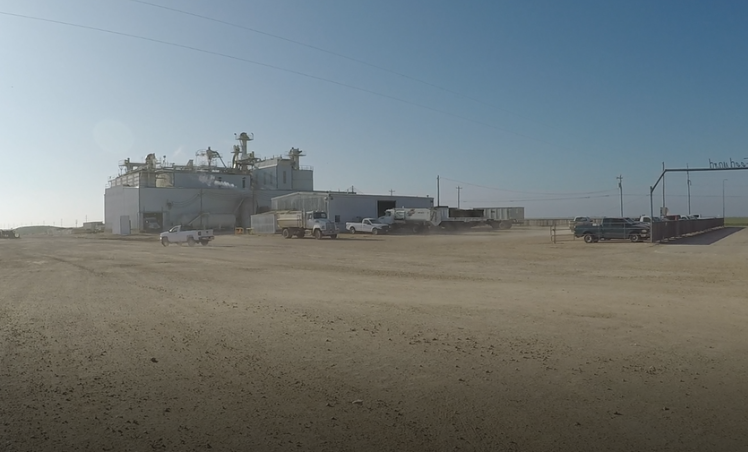 Staying on American soil, as part of the same trip, we also visited Tulia Livestock Auction.

The auction – or mart as it would be known as here in Ireland – is located 50 miles south of Amarillo – in the Panhandle region in Texas – which is one of the key agricultural areas in the state.

Tulia Livestock Auction sells approximately 100,000-110,000 cattle annually, making it the largest cattle mart in the state of Texas. The mart is managed by Mark Hargrave – who has been involved in the auction for over 30 years.

The mart has a capacity of 8,500 head and commences every Thursday – with the exception of holidays – at 9:00am. On the day, approximately 1,400 animals went under the hammer. 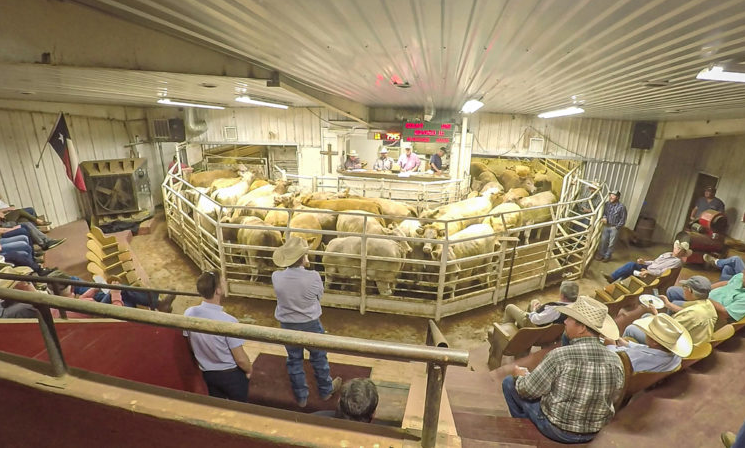 The third and final international article/video involved a visit to Steven Anderson – a Beefmaster cattle breeder – also located in the Panhandle region in Texas.

Steven runs a herd of 150 spring and autumn-calving registered Beefmaster cows alongside a number of Angus-cross cows which are used as recipients after embryo transfer. Interestingly, the farm is stocked at one cow per 30ac.

Beefmaster cattle were the first American composite breed (combination of three or more breeds) and are made up of Brahman (50%), Hereford (25%) and Shorthorn (25%). 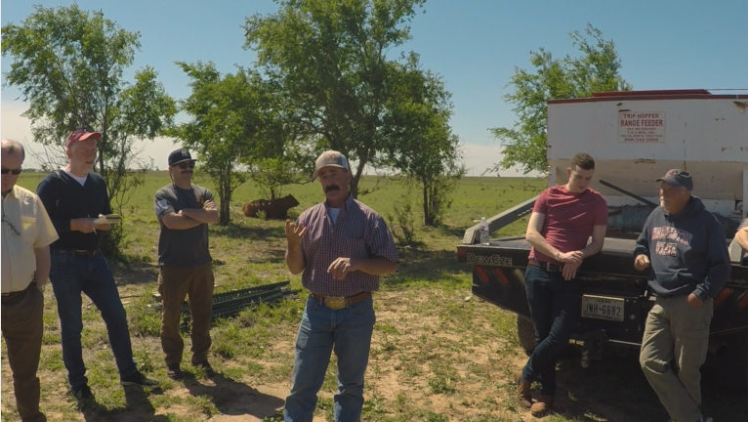 While the following feature is not totally beef related, we think it deserves an honorable mention.

Returning home, Keenan – based in Borris, Co. Carlow – opened the gates of its manufacturing facility to Irish dairy and beef farmers, along with machinery enthusiasts, in June of this year.

Speaking to AgriLand, Keenan machine inventory manager Michael Doyle outlined what happens to a second-hand feeder once it’s traded into the Carlow-based site. He also told us what it takes for a machine to make the ‘approved’ grade. 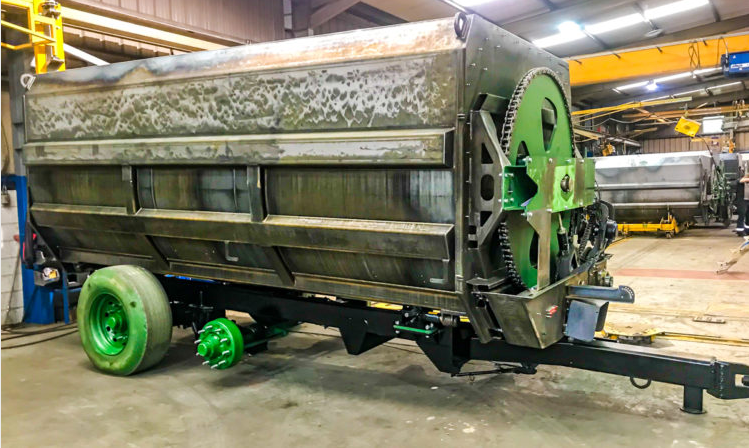 Next stop is Co. Louth, where John Kingham and his five-person team run a 500-cow suckler herd.

During the breeding season, a large team of bulls are introduced. The main breeds used are: Charolais; Limousin; Simmental; Red Angus; and Shorthorn. 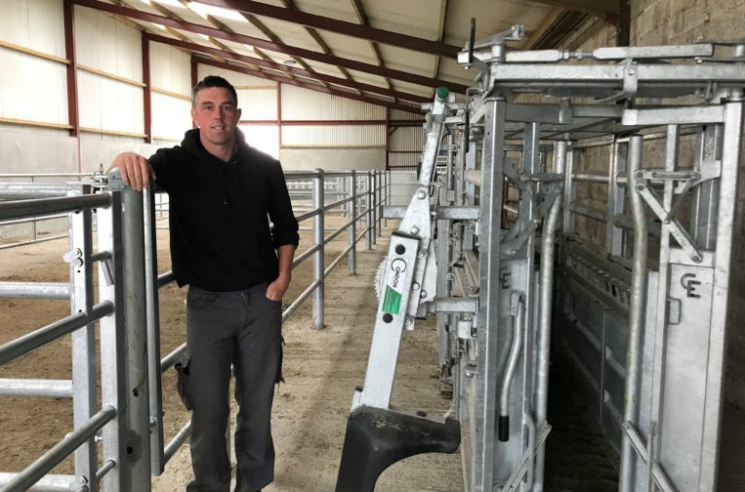 Remaining in the province of Leinster, farming just outside Mountrath, Co. Laois, Ken Graham is a suckler-to-beef farmer finishing male progeny as bulls under 16-months and heifers at 21 months-of-age.

Ken’s farm was the destination for the farm walk as part of the 2019 Irish Grassland Association (IGA) National Beef Conference. 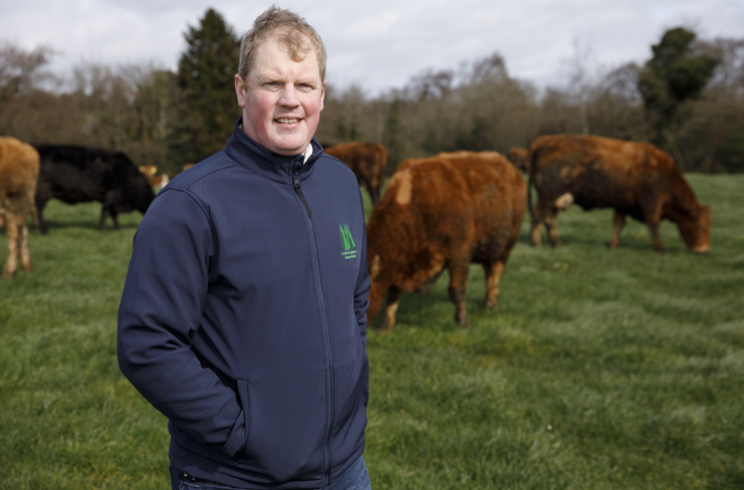 Ken Graham on his Laois-based holding earlier this year

In September of this year, the Skidoo female pedigree Charolais cattle went under the hammer.

Prior to the sale, we caught up with farm manager, Donal Callery, and his three-man team, to chat about the history of the Skiddoo herd and what lies ahead for the Dublin-based farm.

The Skidoo herd originates all the way back to 1966, when the farm owner at the time – Omer Van Landeghem – introduced some of the first Charolais cattle onto the island of Ireland.

This did not just happen overnight, and after eight years of striving, Van Landeghem succeeded in his quest to bring Charolais cattle to north Co. Dublin.

In 1966, the Charolais heifers and bulls from France were quarantined on Spike Island in Cork Harbour, before arriving at their new home.

In 1995, Van Landeghem passed away and the farm and the herd were sold to local farmer and business professional, Pat McDonagh. 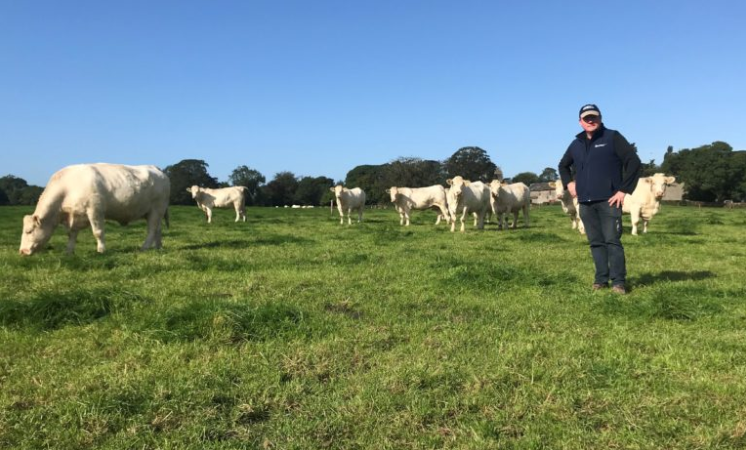 Heading to Munster, bound for another sizeable operation, Glen South Farm, located on the outskirts of Banteer, Co. Cork, was established in 2012/2013, when Frank Murphy – and his wife Teresa – decided to turn Teresa’s family farm into a large-scale finishing unit.

The entire farm stretches across 400ac – consisting of both grassland and tillage – and is managed by Kerry native Áine Sweeney.

The automatic feeding system can facilitate the feeding of 1,500 steers and heifers annually. 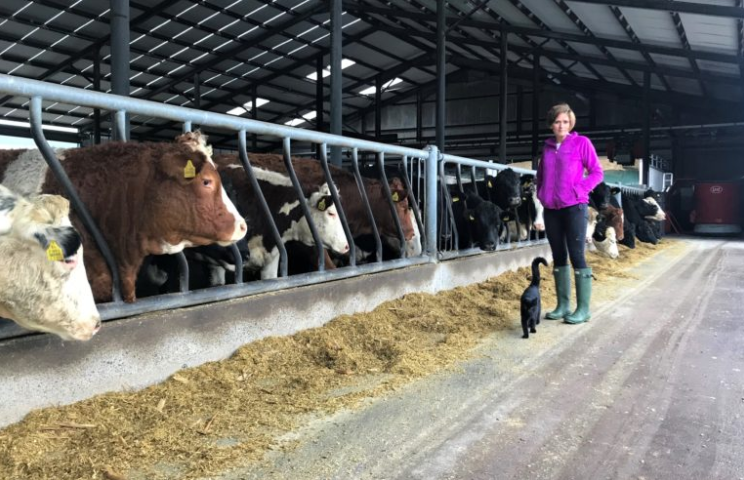 The final article in the series brings us back to Co. Waterford.

Noah Power (22) and his father Edward run a dairy and beef operation, milking a herd of predominately Holstein / British Friesian cows, bringing all progeny to slaughter.

This is not your everyday dairy farm, where everything bar replacement heifers are sold as calves at a young age.

Noah and Edward use Aubrac genetics in an effort to produce a calf that is suitable for beef production in terms of carcass weight and conformation. 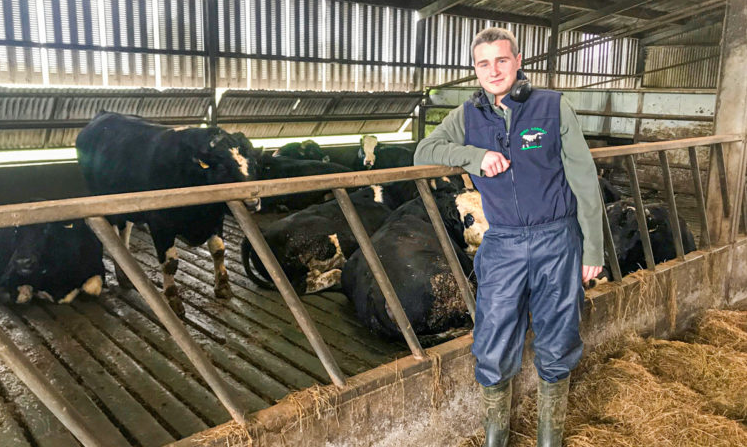