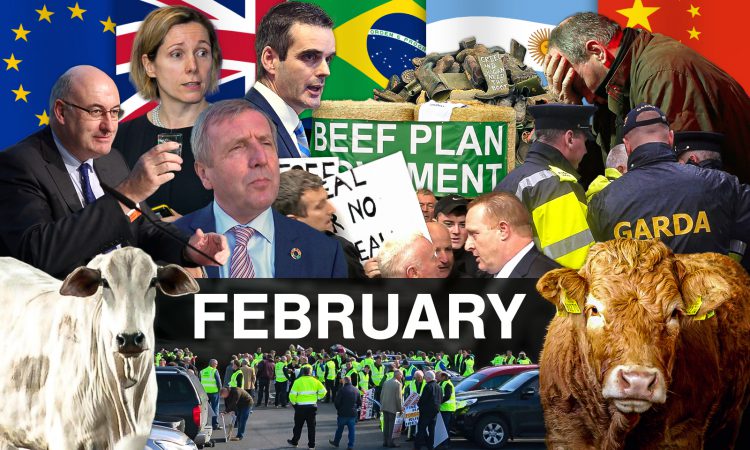 Sailing to Cherbourg aboard the W.B. Yeats moved a step closer as the month of February arrived.

Early on, department officials inspected the Irish Ferries’ new vessel. Its mission (once authorised) would be to increase shipping capacity for Irish calves off the island and onto European destinations via specialised livestock-carrying trucks.

Meanwhile, the Minister for Agriculture, Food and the Marine, Michael Creed, found himself in hot water in Leinster House after confirming that eight instances of beef grading machine inaccuracies had been recorded on abattoir floors in 2018 – 13 such incidents had been documented during the previous year.

This revelation compounded farmer concern over the goings on behind closed factory doors.

New kid on the block – Beef Plan Movement (BPM) – asserted itself on the farm lobby group circuit by securing its first official meeting with the department. Its aim: To feed into the TB Stakeholder Forum. 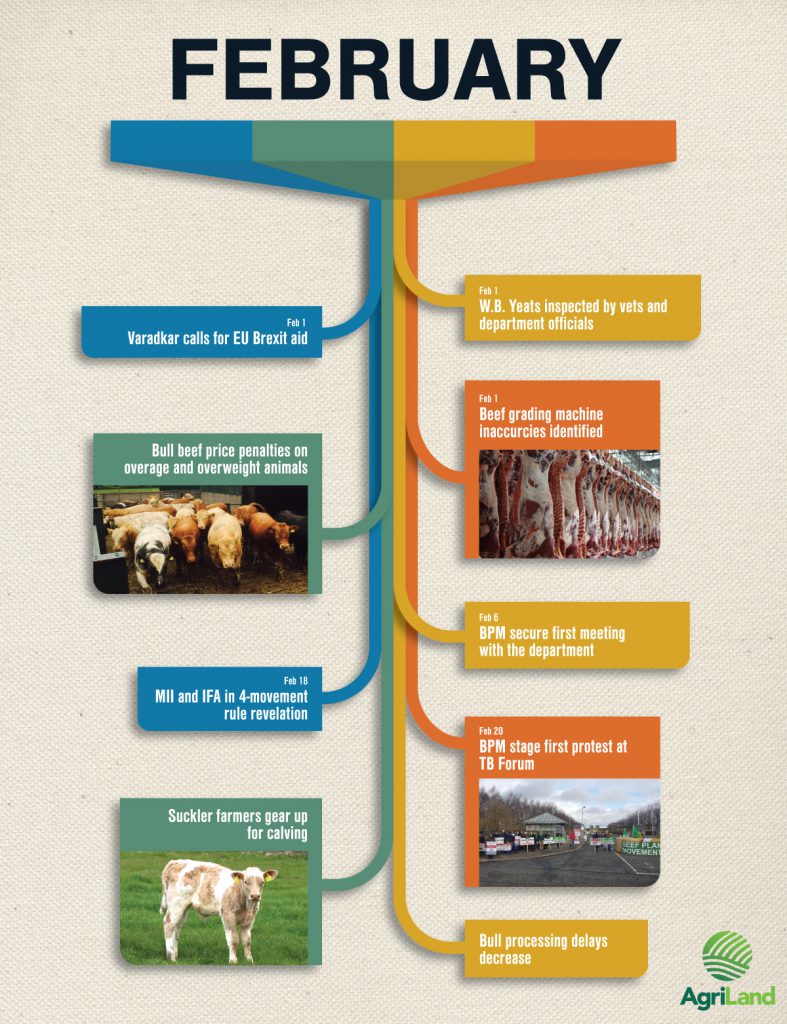 As for the factory lairages, the bull backlog continued. Finishers were now on the receiving end of overweight, overage and fat score penalties, adding further to farmer frustration.

Mid month, there was another blow. Minister Creed stated in writing that the much-questioned four-movement rule was actually a private agreement that had been reached between Meat Industry Ireland (MII) and the Irish Farmers’ Association (IFA) some years ago.

The news sparked a farmer backlash with repeated calls for the rule to be abolished.

As BPM’s plea to contribute to the TB forum fell on deaf ears, the movement – which claimed to have a membership of 17,000 at the time – responded by staging its first official protest outside the building where the forum’s February meeting was being held.

After a period of relatively high beef kills and processing delays, supplies began to tighten in the latter days of the month – with negotiations between factories and farmers becoming a little easier.

Adding to this, the mart trade began to show signs of gradual improvements – this was mainly driven by higher demand for ‘grass cattle’ as favourable grazing conditions prevailed. 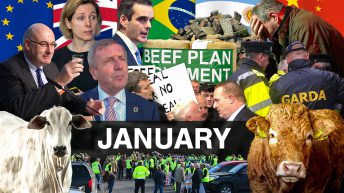