In the fifth episode of ‘George goes dairy farming’ – an initiative brought to you by AgriLand and Progressive Genetics – well-known, Wicklow-based dairy farmer – George Beattie – makes his way to the Royal County to meet with fellow dairy farmer, Kevin Clare.

From there, George travels to Co. Wexford. While here, he meets Pollard Farm manager, Kevin O’Hanlon, who has achieved good results in relation to sexed semen.

Kevin (Clare), who farms alongside his son Peter and farm relief assistant Patsy, runs a 120-cow, pedigree Holstein Friesian herd. All heifer calves are reared on the farm to six months-of-age, with surpluses sold after the desired replacement rate is achieved.

Every animal on the farm is genomically tested and replacements are kept based on these results. Also, Holstein Friesian bulls are sold to buyers that are in the market for good-EBI, high-fertility bulls.

In terms of performance, in 2019, 515kg of milk solids were produced per cow, with a six-week calving rate of 91%. Additionally, the calving interval stood at an impressive 365 days and the herd has an average EBI of €157.

Like a lot of farms across the island of Ireland, attention is slowly starting to shift towards the oncoming breeding season.

In the video (below), George sits down with Kevin Clare (albeit on a loader and silage grab) to talk: breeding; heat detection; technology; and Kevin’s ‘tricks of the trade’.

What tools do you find really help you out when you’re picking which cows to breed off?

We look at all the information available – milk recording and genomically testing animals, so there’s an awful lot of information on the Irish Cattle Breeding Federation (ICBF) database.

How important do you think milk recording is?

It’s essential. It’s essential regardless of a pedigree herd, a commercial herd, a black-and-white herd or a Jersey-cross herd; you need to know what animals are delivering.

You need to know what animals are producing the solids, the volumes and keep an eye on somatic cell counts (SCC). With HerdApp on the phone, straight away when the milk recording is done, the information goes onto your phone and you can make decisions immediately.

It’s so important to have those tools to make decisions.

When you’re selecting a cow for breeding, you’re looking firstly at milk recording data and then fertility – how important is fertility and what tools do you use?

You set your limits; you set your guides. You want to be benchmarking probably an EBI of over €120 for fertility.

So you’re setting high limits. There’s no point in setting low limits because you’ll get too many bigger range bulls. You really want the top bulls on fertility, the top bulls on kilograms of milk solids and percentages. 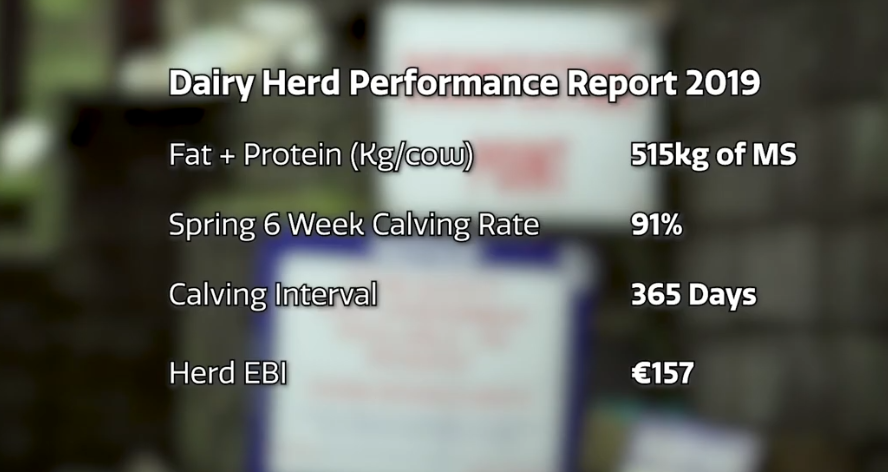 I’ve never bred for type, as a result my EBI is €160. We’ve won herd competitions here in the North Eastern Holstein Breeders Club.

The EBI brings in things like locomotion, stature, teat length. So, for that reason, the best decision I’ve ever made is not breeding for type. In breeding, I always focus on milk solids, percentage proteins and fertility.

You have an impressive calving interval (365 days). In terms of heat detection, what do you do? Do you run a stock bull?

No, it’s a belt and braces job. It is something we really focus on – myself, Peter and Patsy at that time of the year [breeding season]. 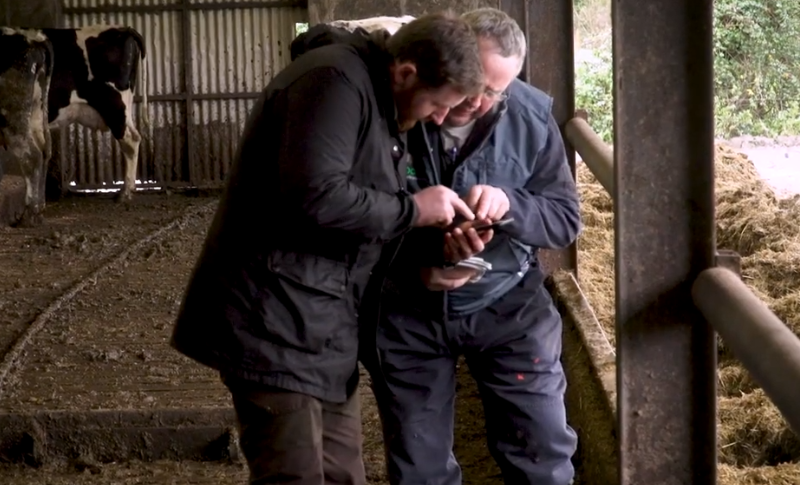 By using MooCall (HEAT), it enabled us to be so accurate. We use AI for inseminating the cows. Shaun Tuite [Progressive Genetics] is a great operator and he covers this area, but we know exactly what’s going on.

You don’t know whether she was in heat at 7:00pm the night before, 12:00pm, or at half an hour before they come in to be milked. You can really get your timing for insemination in and that made a big improvement on our calving interval this year.

The median calving date is 14 days after, but the fact that we could pinpoint insemination a lot better – because we knew when the cow was actually specifically in heat – that’s been a big change. 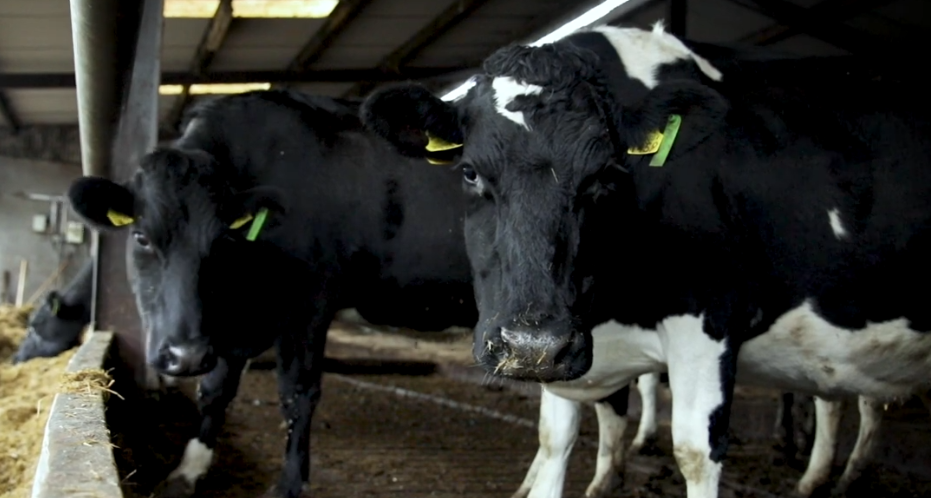 We’re using our eyes and our ears, our phones and our apps [HerdApp] to get the cows in calf; you do that for a couple of weeks and it pays off in the end.

How helpful is the technology that’s available to you?

What’re your top tips? What is Kevin’s farming philosophy?

Keep it simple. It doesn’t have to be modern and high-tech; keep it simple. Networking. Be surrounded by people who are positive, whether that be discussion groups, purchasing groups, people that won’t bring you down and that you won’t be bullied – they will guide you along the way. 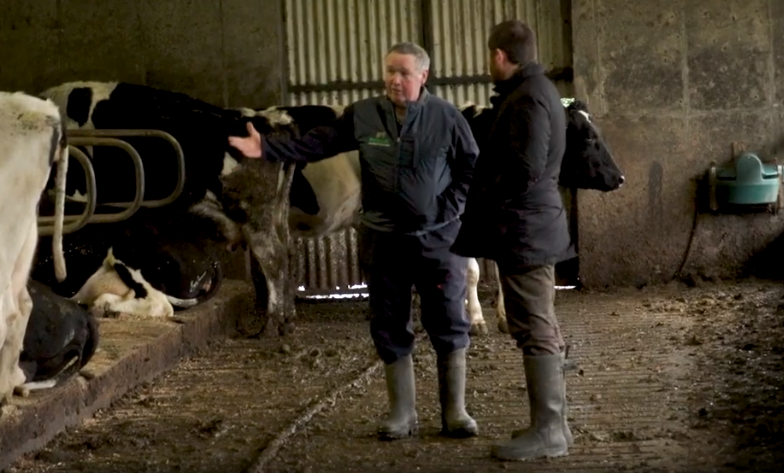 Discussion groups are great like that; you all bring a bit to the table. Say you have an issue on lameness – you’ll find out some farms might have no lameness and you’ll find out what they’re doing well, and you can bring it back to your herd.

Likewise, you’ll bring something to the table that you’re doing very well and other farmers learn from that. Just be in positive groups and work with positive people.

Pollard Farm, Co. Wexford, and the role of sexed semen

There is a lot of scepticism about the use of sexed semen on dairy farms in Ireland. However, Co. Wexford-based farm manager, Kevin O’Hanlon, has had much success with this technology in recent years.

In the video (above), George dives deeper into Kevin’s strategy during the breeding season.

You’ve used sexed semen across the herd and you’ve had pretty good results, how did you do it?

We used it on the mature herd last year; we didn’t do any heifers and we got 49% conception rate. How do you do it? It’s through feeding. Our biggest thing is through the feeding and the timing of the sexed semen going into the cows. 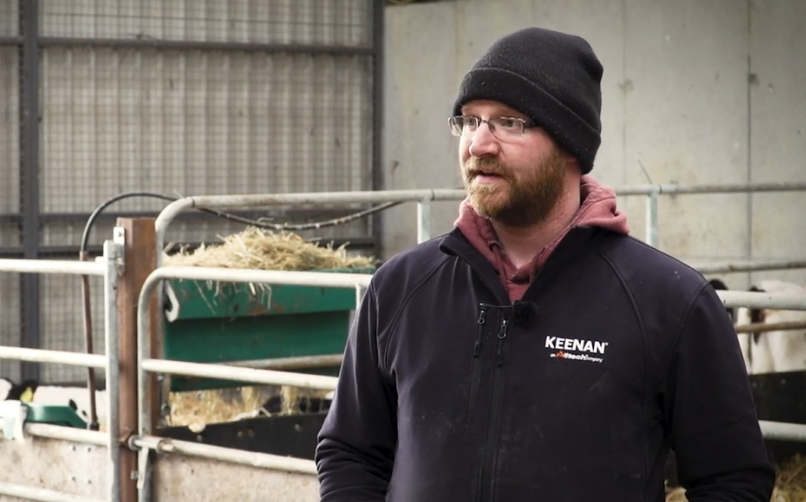 So, I’ve a cow bulling on the pm. I’d usually leave her then and get the service in and do it on the am, is that how you work it or?

That’s how we’d work it and if she’s back through the day a bit further, we’d give her conventional [semen] just because sexed semen is more expensive; you’d want to be fairly sure your cow is going to conceive.

We did. We used it two and three years ago. It’s just the fact that last year different things were happening and we had the Angus bull, so we just let him off with them last year.

This year we will be going with sexed semen for all the heifers; they’ll all be getting one straw.

You’re on the top of your game in terms of heat detection, will you find it more difficult to heat detect the heifers?

We estrumate the heifers to bring them in in batches, then they’re AI’d in batches and they’re then matched so that the first group we do are repeating with the second group we do; so they’re coming back in. 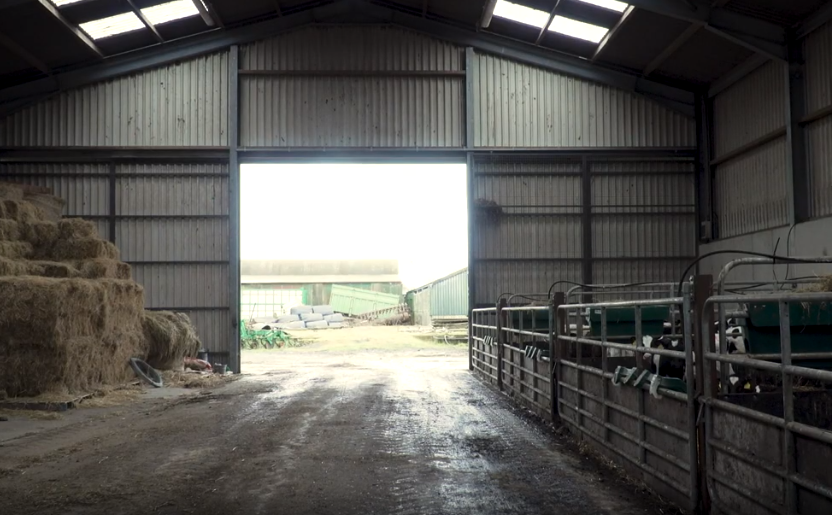 But the heifers get two straws if they repeat; the cows will only get one straw because we want the most fertile cows in the herd having a heifer calf. Generally, the heifers are fertile, but of the cows, you’d generally give them one straw across the board.

Is that a hard process? Is it a lot of extra work synchronising?

No, it’s relatively simple. You pick out what you want to synchronise, you inject them and you’re ready to go then.

A few days later they’re coming bulling and you have them in a paddock near to the house, or near to the shed, and once they’re all AI’d, you can bring them off to wherever you want for a while until you see repeats.

Do you DIY-AI here and are you happy with sexed semen?

No, we get Progressive Genetics to do all of our AI’ing and I would be very happy with sexed semen.

To view some of the 2020 sexed semen sires available from Progressive Genetics, just click here

At the minute, bull calves aren’t making the best of prices, but you have pens of heifers. Do you think it’s working well for you?

A heifer calf is worth so much more than a bull calf. I know the conception rate is not as high [as conventional semen], but you’re still not dealing with bull calves.

Is sexed semen expensive and is it worth that spend?

The way I look at it, back to the cow getting one straw, your most fertile cow will hold one straw; therefore, you’re getting a heifer calf – you’ve a 90% chance of a heifer calf coming out of that cow. 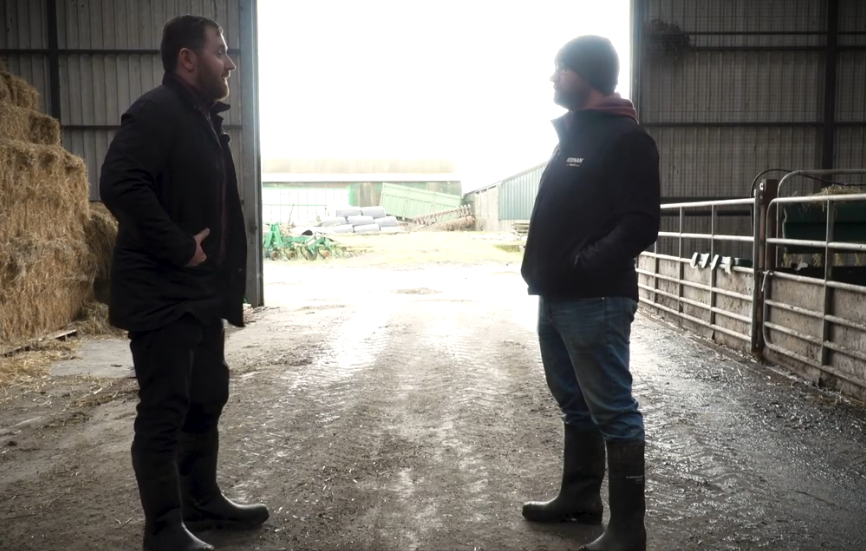 It’s definitely worth the spend.