Spring is in the air – almost! So there’s not a moment to be lost by George goes dairy farming host George Beattie, as he gets back on the road again.

In his latest video, supported by Progressive Genetics, he continues to highlight and communicate what constitutes best practice within the Irish dairy farming sector. 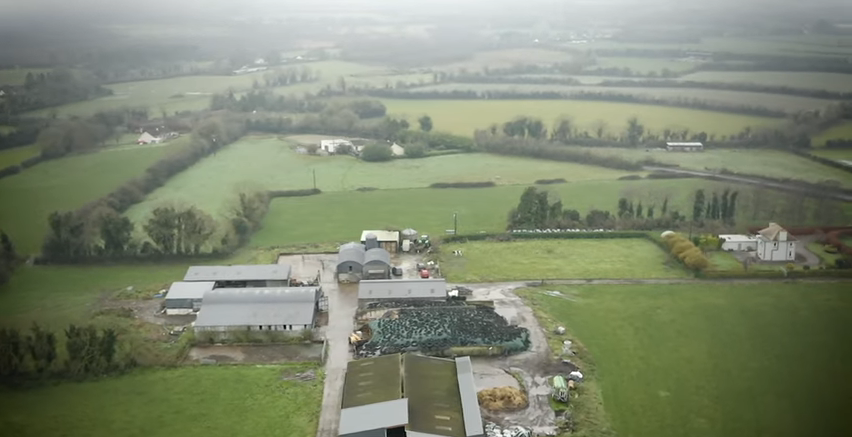 Armed only with his enquiring mind – and a very clean pair of wellie boots – we find him calling in to Pat Flaherty and Rory Quinn. The two men milk 130 cows in partnership near Trim in Co. Meath.

As Rory is quick to point out, their business arrangement is centred on a joint commitment to milk cows well while also meeting the management and welfare needs of their animals in full. 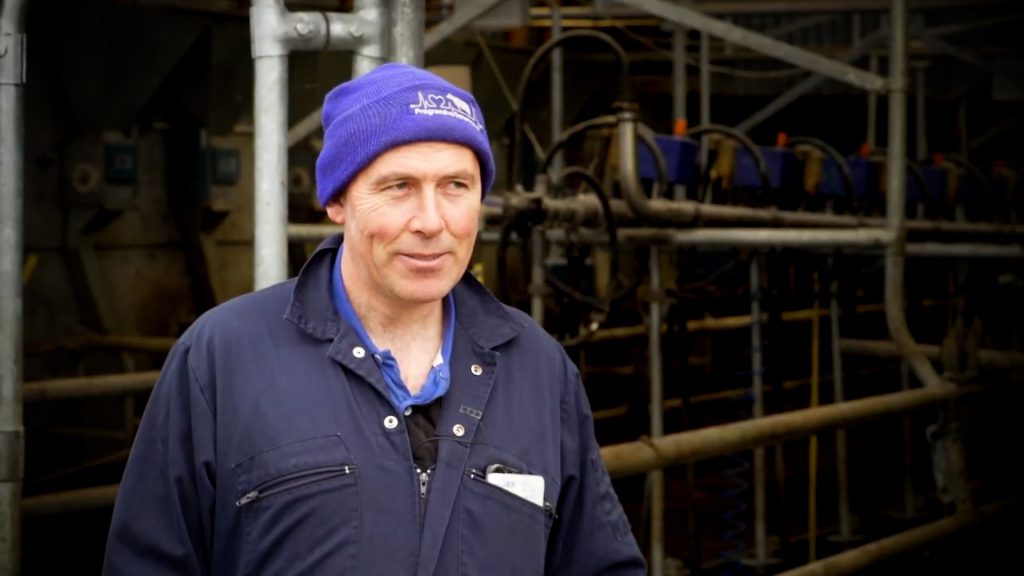 “The partnership was formed in 2017. Prior to that, I had been involved in a number of farm contracting arrangements,” said Rory.

Pat had previously worked the farm himself. When it came to settling on a business arrangement that suited both of us, the partnership option was the obvious one to take.

“We are pretty unique in Ireland, given that a partnership has been formed between two people who are not family related. But it is working well and has allowed us to rejuvenate the farm.”

Prior to 2017, Pat Flaherty had been calving all year round. However, one of the first decisions taken after the formation of the partnership was that of forming well-defined spring and autumn-calving groups. 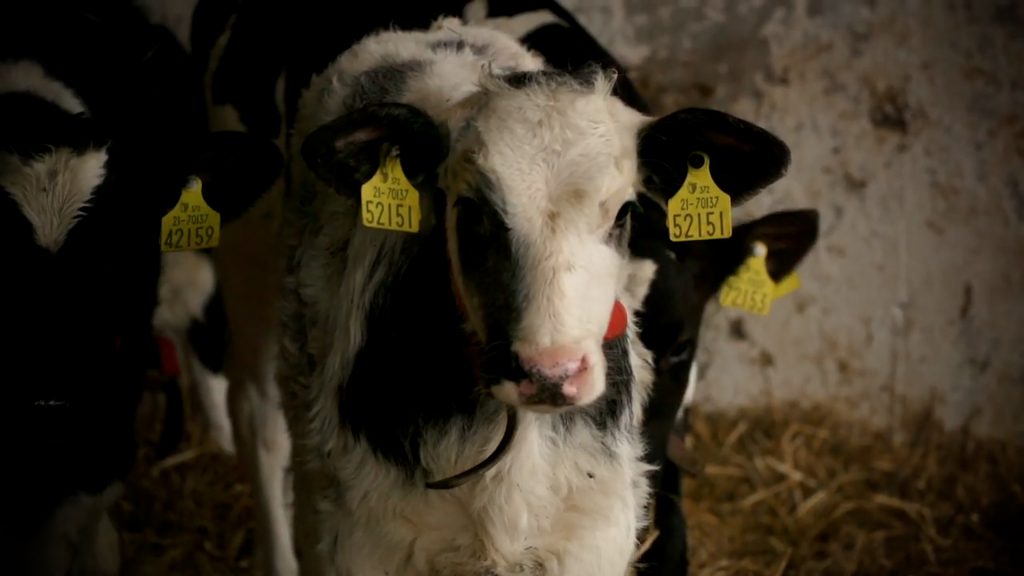 “I wanted to go down the route of establishing compact calving groups. The autumn group now start calving on September 15 for a six-week period. Spring calving kicks off on January 15. But we have a fixed start and stop date in each case,” Rory explained.

“This approach ensures that the autumn-born calves are weaned prior to the start of the spring-calving season.

“It’s a case of moving the autumn-born animals out of the calf shed and then power washing everything down before the spring-born calves start arriving. We haven’t the facilities to allow us to handle all the calves being born at the same time of the year.

“In 2019, the farm grew 18t DM/ha including just over 4t of silage. 2020 was back to 15t DM/ha, cows are usually fully out to grass in early March and the first rotation is usually completed in early April.”

Looking at the mature cows [third lactation], nearly half of the 63 are sired by FYK, PBM, OCP, LLK, YGD, TSK & SZE. LWR has the biggest number of first and second calvers (honourable mentions for FR2298 and FR2239). Looking at the younger animals, most are sired by bulls that were available sexed at the time like FR4600, FR4378, FR4187 and FR4239.

When it comes to heat detection, Pat and Rory use a combination of tail paint, a teaser bull and visual observation.

“The AgriNet HerdApp app is also very good as it flags up cows that could be coming back into heat,” said Rory.

“I register calves using the AgriNet HerdApp. Nothing could be simpler. No paperwork is required. I normally do it all while sitting at the breakfast table.” 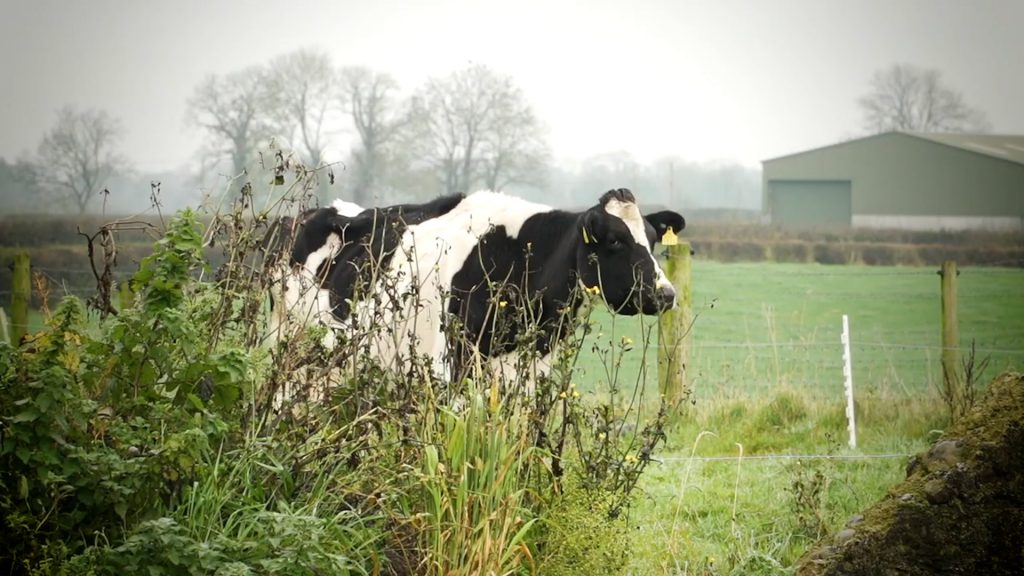 According to Rory, the use of sexed semen has been a real game changer for the business. Sexed straws are now used on all heifers plus a selection of second and third calvers.

“If required, the heifers will receive two shots of sexed semen. Thereafter, we will use standard straws. We don’t synchronise the heifers; we work off natural heats only,” Rory explained.

Currently, we are achieving a 60% conception rate to first service with the sexed semen on the heifers. The figure works out roughly the same, when a second straw is used.

“Believe it or not, all the calves born to sexed bulls have been heifers up to this point. We select bulls for the herd twice a year, tying in with the two breeding seasons.

“The attraction to use sexed semen is even greater now than was previously the case. This is because the quality of the sexed bulls available is on a par with all the other sires available in dairy catalogues.”

“The improvement in the herd performance has been significant over the past few years from a production, kg milk solids sold, and fertility point of view, with milk solids currently around the 600kg milk solids mark.

“Considering the herd is still on the younger side is certainly impressive, with more young cows coming in Rory hopes to maintain that level for the time being – 2020 was their first year to break the 1,000,000L mark.”

“A number of the heifers coming into the milking group this year will have an EBI in excess of €220. We want to keep our milk solids strong while also maintaining our total volume,” Rory said.

Developing the farm is a learning process. Having an active involvement with local dairy discussion groups has been very important for us in this regard.

“There are a number of excellent grassland farmers in our area and we have learnt accordingly,” he concluded.

Catch up on all the episodes of series 2 here:

Catch up on all the episodes of series 1 here: