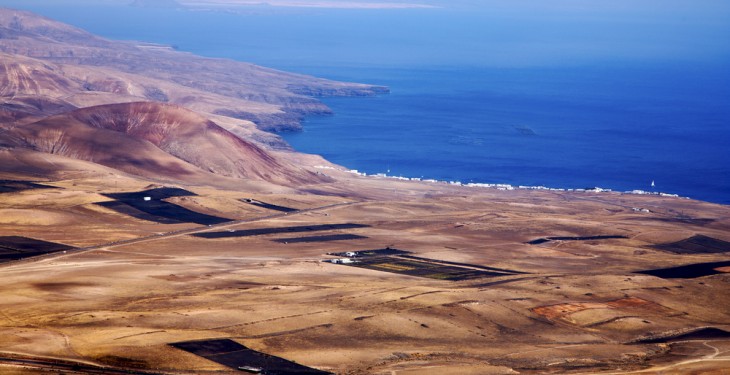 In recent years there has been a drive in joint agricultural developments and agri-business investments between Africa, Ethiopia and Libya in particular, and Ireland; and knowledge transfer is key to this.

Speaking recently, the Minister for Agriculture Simon Coveney stressed Ireland’s agri-food sector has a key role to play in assisting Ethiopia and other African countries to reach their full potential in developing sustainable agriculture production.

During the Third Africa Ireland Economic Forum, held in Dublin last October, the minister met with his counterpart from Ethiopia, Tefera Derbew, to discuss current developments in the agri-food sectors in Ireland and Ethiopia.

Later that month Teagasc signed a Memorandum of Understanding with the Ethiopian Institute of Agricultural Research, which provides for further close collaboration between the two bodies.

“We are very proud to be involved in Teagasc along with a host of others partners,” he said. “We are working to export knowledge in the production of potatoes to developing countries and the project in Ethiopia is fascinating. When you see what knowledge can do, it’s a really important spectrum.”

In addition in 2012 in Irish Africa Agri-food Development Fund (AADF) was launched. According to the AADF, the fund aims to develop partnerships between the Irish Agri-Food Sector and African countries to support sustainable growth of the local food industry, build markets for local produce and support mutual trade between Ireland and Africa.

One project currently under consideration for support from the fund is a project in Ethiopia, which aims to introduce two new Irish technologies, from start-up companies based in Nova University College Dublin.

Speaking on this, Minister Coveney said these technologies are complementary and have the potential to create significant efficiencies in the use of inputs in Ethiopian and African agriculture.

“The project ultimately aims to develop manufacturing facilities and jobs in both Ireland and Ethiopia with a view to supplying products throughout Africa.”

He added: “This is a clear example of how Irish technology and innovation can be used to develop sustainable agriculture in Africa and we will continue to encourage the Irish agri-food sector to explore the significant opportunities that exist in Africa.”

Agri Aware’s newly launched curriculum-linked primary level educational resource entitled ‘Dig In’ arrived in Kenya last week and will be taught to students aged three to 14 at Ndiini School, outside Nairobi in Kenya.

The agri-business opportunities for Ireland’s farming sector have also increased. According to Irish Exporter’s Association’s (IEA) chief executive, John Whelan, African markets have more potential for Irish exporters over the next decade than China. He was speaking prior to a recent trade mission to South Africa.

“Exports of Goods and Services to Africa last year reached €2.7bn, an increase of 200 per cent over the three years since 2009,” he outlined. “This growth has been achieved despite the disruption of the Arab Spring across North Africa. The IEA is confident that continued rapid growth can be achieved if we can use our strong embassy structure across Africa for trade promotional purposes.”

Meanwhile, a key feature of the Ireland’s live trade market in 2013 was the re-opening of trade to Libya and North Africa for the first time in 16 years, with more than 19,000 cattle exported. And Bord Bia forecasts this live trade market to increase this year.

Clearly Ireland’s agriculture links to Africa are growing from strength to strength, with mutual benefits for both regions.