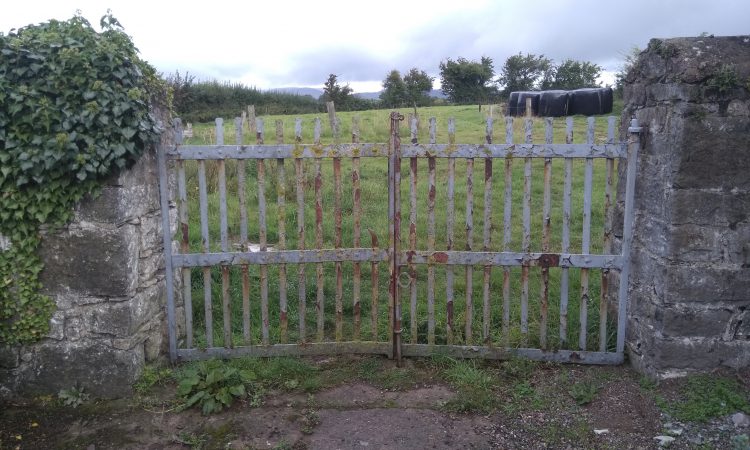 The aim of the project was to restore the gates to their original condition and to preserve them for generations to come. Over time the gates had been damaged with some bars requiring replacement, Catherine said.

There was a forge next door to the farm and it is mostly likely that the gates were forged there. During the cleaning process, decorative marks and a maker’s mark were found on the entrance gates. Recycled wrought iron was used to replace and repair the gates.

The project was not without its challenges. The stonemasons ran into issues with water ingress and vegetative damage and had to carry out additional remedial work to complete their task.

One set of piers had its failing plaster removed and replaced using hot lime plaster with a harling finish. The other set of piers were chased and repointed using traditional methods. 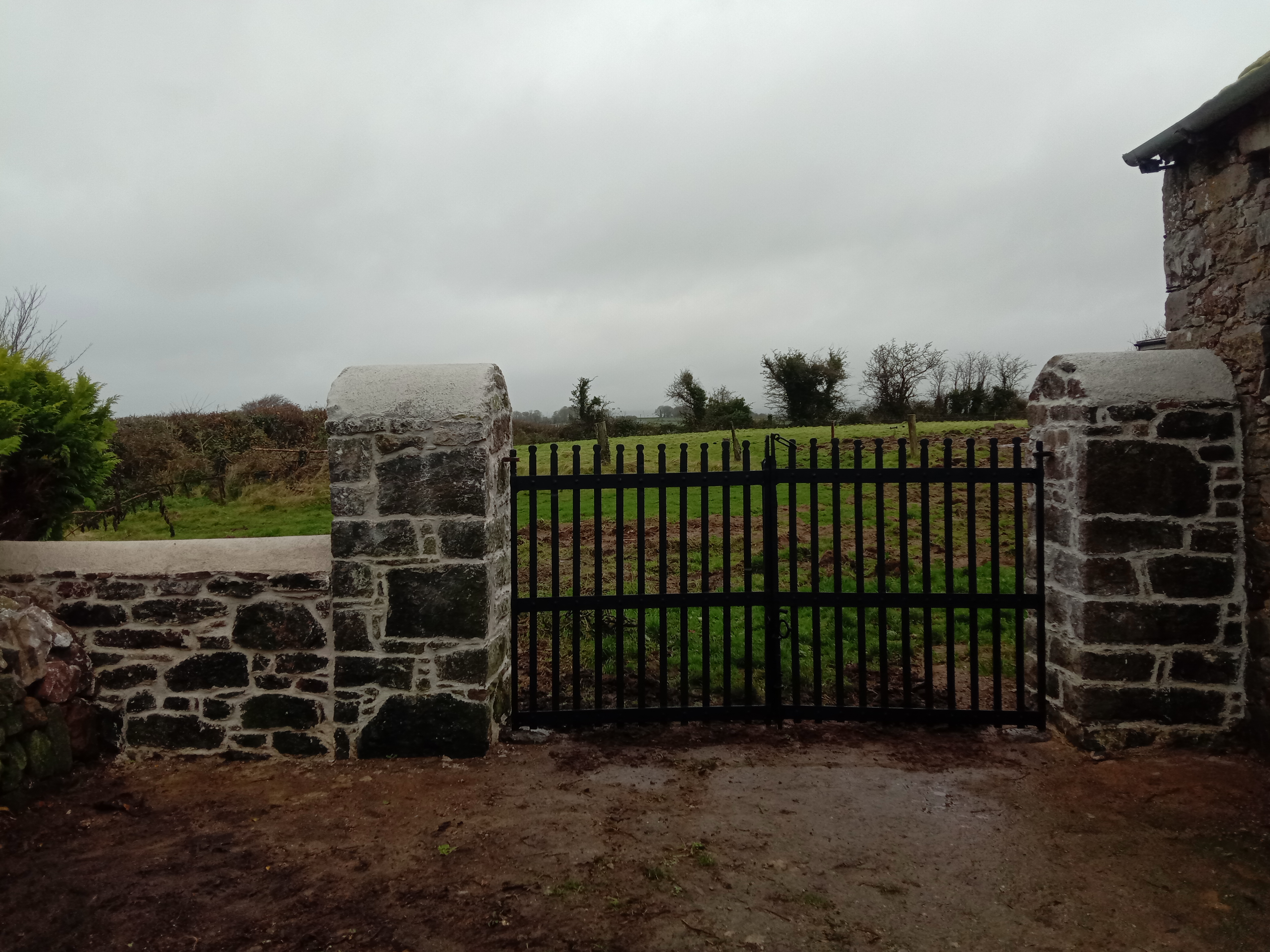 Master blacksmith, Paul Devlin of Pristine Ironwork, was appointed to complete the cleaning and repairs works to the historic ironwork. The original blacksmith intended to complete the restoration was unable to take on the project when the grant was awarded and, following further research, Paul accepted the project at short notice.

The project started in late September following the completion of paperwork and approval for the processes to be undertaken and was finished by mid-November.

The scheme is managed by The Heritage Council in partnership with the Department of Agriculture, Food and the Marine. 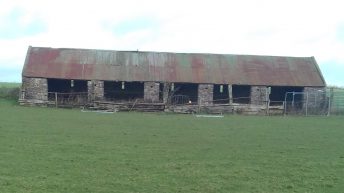