A new agri-environment scheme modeled after the Rural Environment Protection Scheme (REPS) is being considered by the parties involved in government formation, AgriLand understands.

It is also understood that the negotiating parties – Fianna Fáil, Fine Gael and the Green Party – are looking at the possibility of funding the scheme through revenue collected from the Carbon Tax, rather than through funding allocated in the Common Agricultural Policy (CAP).

Government talks are continuing this week, with agriculture the main topic of discussion today, Thursday, June 4.

AgriLand understands that, when agriculture was also discussed earlier in the week, the issue of live exports was brought up, with the Green Party apparently bringing up a suggestion to end live exports to non-EU countries. However, it is not clear if this is getting any traction with Fianna Fáil or Fine Gael.

It is understood that any possibility or suggestion of reducing the size of the national herd has not been brought to the table as of yet.

The current Government is planning to implement ‘phase 2’ of its Plan for Reopening Business and Society next Monday, June 8, which should see marts being able to provide more services.

Marts will be able to resume auctions and the use of show rings from that day, while strictly observing new Department of Agriculture, Food and the Marine so-called “safe sale” conditions.

Following ongoing contact between the department and mart representative organisations – who have repeatedly highlighted the significant impact that the loss of the public auction has had on business – the department has confirmed that preparations are underway to allow marts to carry out further activities.

In a statement, the department outlined the following: “Mart managers must submit new ‘safe sales’ SOPs (standard operating procedures) to their local regional veterinary office for approval if they wish to resume auctions and using show rings from next year. 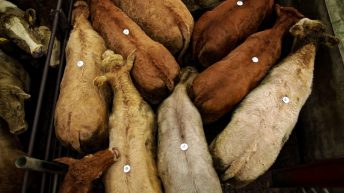