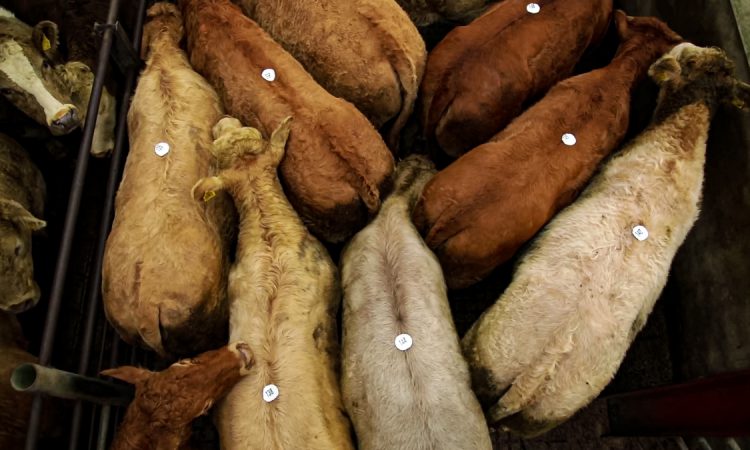 Marts will be able to resume auctions and the use of show rings from June 8, while strictly observing new Department of Agriculture, Food and the Marine so-called “safe sales” conditions.

As ‘phase 2’ of the Government’s Roadmap for Reopening Business and Society approaches, the department has detailed to AgriLand how restrictions are expected to ease at marts across the country.

Since March 31, marts have been in a position to provide essential services only at their facilities in line with standard operating procedures (SOPs) that were approved by the department. These limited activities allowed for the facilitating of calf sales; the weighing of livestock; and some online and brokerage services.

80 of the 86 licenced livestock marts submitted SOPs and were approved to operate.

However, the situation is set to improve ringside in the coming days – subject to Government confirmation, which will be based on the advice of public health authorities.

Following ongoing contact between the department and mart representative organisations – who have repeatedly highlighted the significant impact that the loss of the public auction has had on business – the department has confirmed that preparations are underway to allow marts to carry out further activities.

In a statement, the department outlined the following: “Mart managers must submit new ‘safe sales’ SOPs to their local regional veterinary office for approval if they wish to resume auctions and using show rings from June 8.

“The new SOP will require agreement by the department on proposals by mart management on the maximum number of individuals that may be permitted entry to the ‘trading room areas’ of the mart.

“Floors will be required to display permanent markings, two metres apart, indicating where buyers must position themselves,” the department explained.

Furthermore, the new SOP will require:

In the statement the department also acknowledged the financial challenges currently faced by marts.

The department said that Minister Michael Creed has engaged with banks on the liquidity and financing needs of farmers and agri-food businesses – including marts – and has stressed the need for banks “to support and work with their customers through this challenging period”.

According to the department, all banks have announced that they will offer flexibility to their customers, and that they may be able to provide payment breaks or emergency working capital facilities.

The department is advising farmers and agri-food businesses to engage with their bank at an early stage to discuss emerging cash-flow issues.

Minister Creed has also welcomed a recent announcement from the Banking and Payments Federation Ireland that their members, including the five main retail banks, have extended their payment break from three months to six months for those directly impacted by Covid-19.

The Government will hold off until next week before confirming that ‘phase 2’ of the reopening plan can go ahead.

This is because, as Taoiseach Leo Varadkar explained this afternoon, Friday, May 29, in a press conference, it takes two weeks before the effects of the different phases of the plan are known in terms of Covid-19 cases.

In other words, if ‘phase 1’ of the plan, which began on May 18, has resulted in an increase in the number of cases, this would not be seen in the figures until next week, the third week after ‘phase 1’ began.