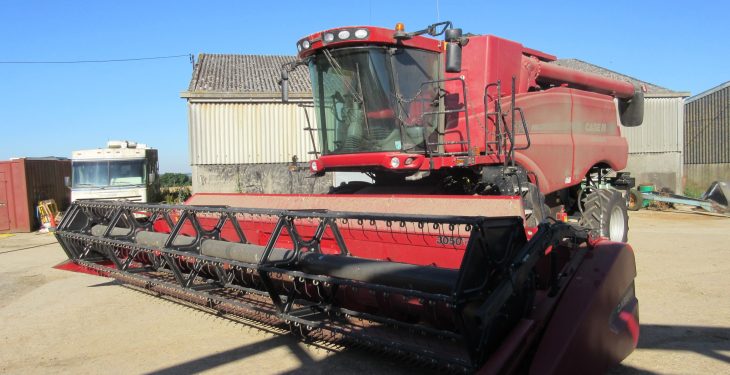 AgriLand understands that the arrests were made in relation to a dispute over approximately 150ac of land situated in Lodgewood, Ferns, Co. Wexford.

The land in question was purchased from a vulture fund by vegetable grower John B Dockrell Ltd last year. The land was formerly owned by brothers John and Micheal Kinsella.

It is understood that a tillage crop on the field was ripe and harvesters began cutting it today until Gardai arrived on the scene and made the arrests.

Reports suggest the harvesters were not seized and have since all left the field.

Some locals have expressed their anger at the behaviour of the vulture fund and its treatment of the Kinsella brothers.

Locals arrived to help with the harvest only to be informed by Gardai that they would be arrested for trespassing if they insisted on staying on the land.

An Garda Siochana later confirmed the arrests of two people in Lodgewood, Ferns, in connection with trespassing. The people were later released without charge and a file is being prepared for the DPP, a spokesperson told AgriLand.

Commenting on the sale of loans to vulture funds, the Rural Development chairman of the Irish Cattle and Sheep Farmers’ Association (ICSA), Seamus Sherlock, has said it could become a more common occurrence as many loans have already been sold off to vulture funds.

He outlined that the vulture funds have no interest in farming or farming issues and to them “it is all about money”.

Sherlock outlined that he hopes these vulture funds will work with farmers and understand cash flow issues associated with farming.