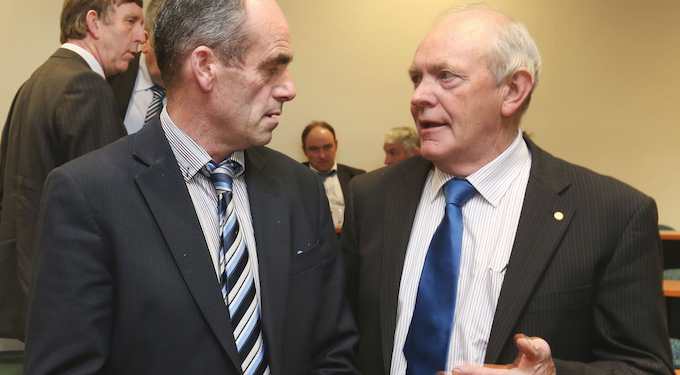 Wexford IFA has called for calm among members and that no presidential election is held for five or six months.

County Chairman Pat Murray told Agriland that at Saturday night’s meeting in Wexford, the 300-strong crowd was very angry. However, he said that after serious debate and discussion the meeting said the best option for IFA is to wait until the Con Lucey report is produced and then decide a plan of action.

“We need IFA, but we need a strong IFA. There was a motion put forward that the Executive Board should resign, but it was agreed on the night that the Board should remain in place until Con Lucey’s report.”

He said it was a very positive meeting and everyone realises that changes must happen in IFA. However, he said that members need and want a strong IFA.

People have lost their trust and confidence in IFA and that must be restored.

Murray also said that Wexford IFA will hold another meeting this week and is inviting all Wexford IFA members to attend and make sure their voices are heard.

“We want members to come and air their views. This is the way forward for the Association.”

Speaking of the upcoming election, Murray said that Wexford IFA does not want to see an election for at least five or six months.

“The Association needs steadiness and people need time to think about the future of IFA.”

The meeting was held in light of the recent resignations of Pat Smith and Eddie Downey after serious revelations around the pay of both men.

Meanwhile, Roscommon and Sligo county branches have both called for the rest of the Executive Board to resign.