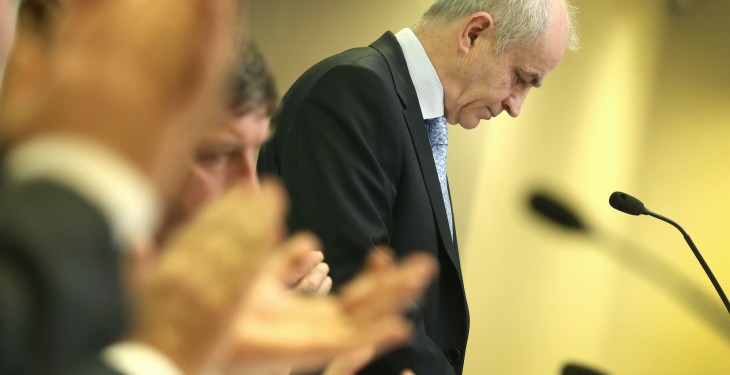 The income of IFA President Eddie Downey, which was confirmed by IFA last night, of €147,000 is also topped up with directors’ fees and expenses.

IFA confirmed today to Agriland that the €147,000 salary just comprises his salary from the IFA.

It comes in the wake of turmoil in the IFA following the shock resignation of Pat Smith and the revelations around his salary. The position of IFA President sees Eddie Downey hold a seat on the boards of a number of high profile organisations, for which he receives financial remuneration.

Eddie Downey is in receipt of:

This brings the income of Eddie Downey from the role of IFA President up to €188,970.

What about his expenses?

On top of this Eddie Downey as President is also covered for vouched, out-of-pocket expenses such as petrol and meals. However, the exact expenses figures were not divulged by the IFA.

The Teagasc Director’s fee to IFA is €11,970, which the Deputy President receives.

It comes after the IFA announced that its President Eddie Downey was stepping back from his role of IFA President, just days after its General Secretary Pat Smith resigned ahead of his pay packet being revealed.

Tim O’Leary, is stepping into Downey’s role said the association is committed to ensure the pay scandal will never occur again.

He said farm families were owed an apology and the IFA was not “strong enough”.

Some 73% of respondents to an Agriland poll said that IFA President Eddie Downey should resign in the wake of the IFA pay scandal.

The resignation of Smith came in the wake of calls from grassroot members of the IFA and one of the most senior members of the organisation to make known to its Executive Council the salary of key management personnel including that of Smith.

*This figure had been amended following an error on an official IFA statement. It originally quoted €40,000 as the FBD figure.