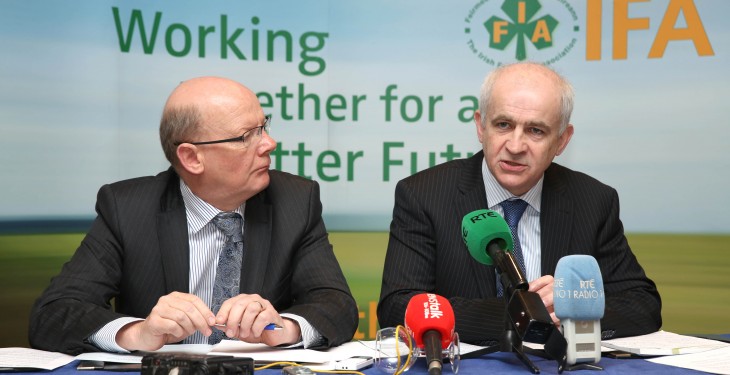 The IFA General Secretary Pat Smith has resigned from his position.

The resignation comes in the wake of calls from grassroot members of the IFA and one of the most senior members of the organisation to make known to its Executive Council the salary of key management personnel including that of Mr Smith.

In a letter, written by well-known IFA figure Derek Deane to the IFA’s Executive Council, and available here, Deane said rumours of a remuneration package in excess of €400,000-a-year, had been put to him, as the possible remuneration package of the IFA’s General Secretary and he questioned that if the figure was true how the IFA could stand over this.

Upon his resignation, Smith said that the IFA is bigger than any one person.

“I have decided to put the best interests of the association to the fore. It has been a great honour and privilege to work with IFA for the past 25 years.”

“I want to wish IFA and the voluntary officers well and I would like to thank the dedicated staff for their loyalty and commitment during my time in IFA,” he said.

IFA President Eddie Downey said the resignation of Pat Smith as our General Secretary/Chief Executive was very regrettable and a great loss to the association and Irish farmers.

For over 25 years, Pat Smith in his various roles has developed IFA into one of the most effective and professional representative organisations in the country, the association said.

As General Secretary, the IFA has stated that he has provided wise counsel to the leadership as they dealt with many difficult issues, from a divisive CAP Reform to securing nearly 50% co-financing for the Rural Development Programme and tax measures in the last number of Budgets.

His capacity to develop trusted relationships with political and industry leaders and his negotiating and organisational ability has always delivered the best outcome for our members.

IFA President Eddie Downey thanked Pat Smith and his family for their commitment to Irish farmers for the last 25 years.