A vegan activist has had a lucky escape after he locked his neck to a factory processing line and found himself in huge distress when it started moving again.

According to an article published by ABC News, the incident – last month on the Reichardt Duck Farm in California – occurred when a group of activists ignored ‘keep out’ signs on the gate and entered the processing facility without permission.

The footage – recorded by Direct Action Everywhere – shows the activists panicking and screaming for help when the slaughter line that they chained themselves to starts to move.

The video shows one of the activists in a state of distress when his head and neck gets pulled into a pole.

He told the publication: “I was feeling my life leave my body.”

He added that he knew that locking himself to a slaughter line was dangerous but said he did it for a reason.

He noted that he does not know who turned the line back on. 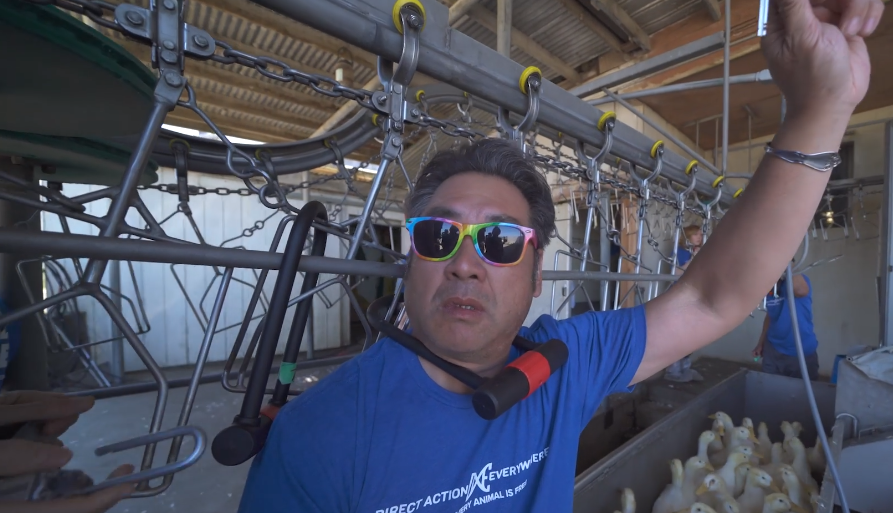 After he escaped the lock, he was taken by ambulance to hospital. He says his injuries will heal. He is still deciding whether or not he will file a Police report.

The farm has said that turning the slaughter line back on was an accident and the employee who turned the machine on inside was unaware that the protesters were chained to it outside.

Westmeath piggery invasion: A farmer's side of the story