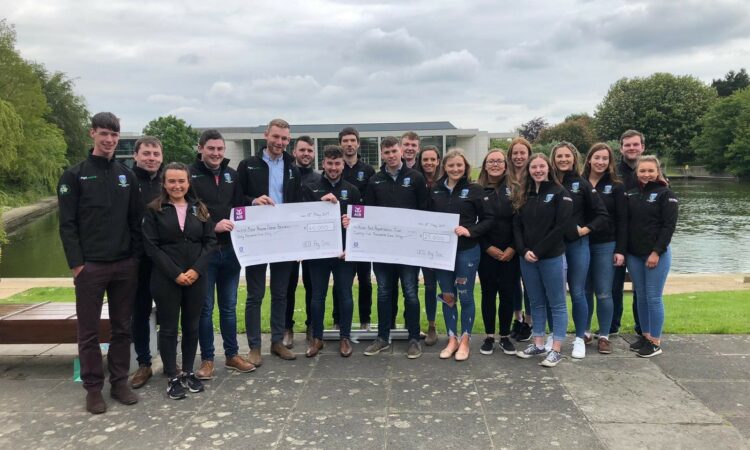 UCD’s Agricultural Science Society (AgSoc) students have recently handed over a record-breaking donation of €65,000 to their two chosen charities.

The Irish Motor Neurone Disease Association (IMNDA) was chosen as the main benefactor and received a donation of €40,000. 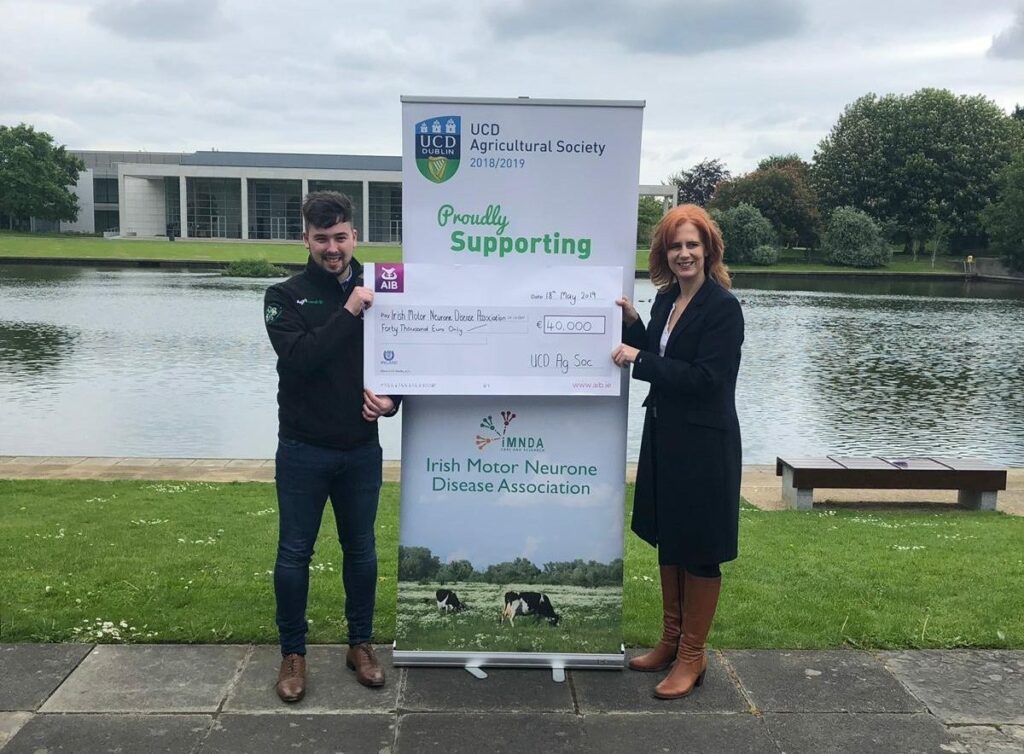 Furthermore, the Kevin Bell Repatriation Trust was the recipient of €25,000 to aid with their endeavours. 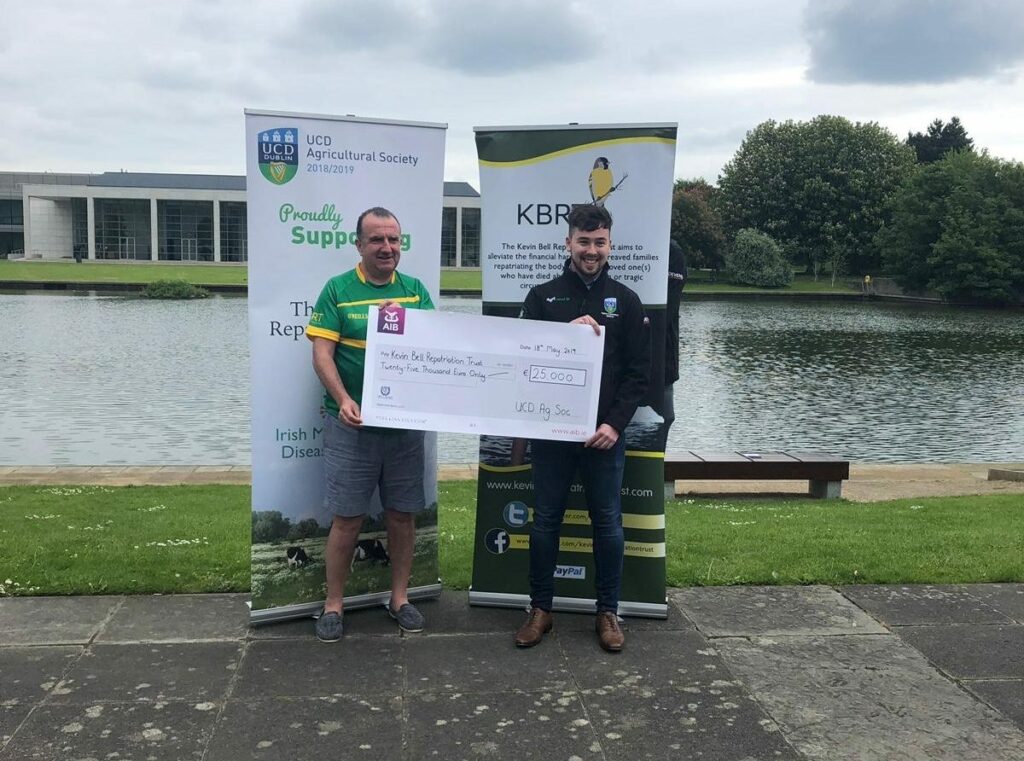 Speaking to AgriLand, AgSoc’s auditor, Michael Geary, pointed out that the fundraising was the result of “a dedicated committee that organised almost 20 fundraising events this year”.

He expressed a special word of thanks to all the companies that sponsored the society, and in particular to AgriLand, which is the society’s main sponsor.

Concluding, Geary said: “I would like to thank the students and members of the extended agricultural community who supported the society’s work. I would also like to wish the best of luck to next year’s committee.”

Attending the cheque presentation, Cormac Farrelly, managing director of AgriLand, congratulated the society for its work in raising the funds for the two charities.

He said: “AgriLand is honoured to be AgSoc’s main sponsor this year and looks forward to developing this partnership with AgSoc in UCD for many years to come.

“The two charities being supported by the society are close to the hearts of many people living in rural Ireland and I would also like to wish them all the best in their future work.” 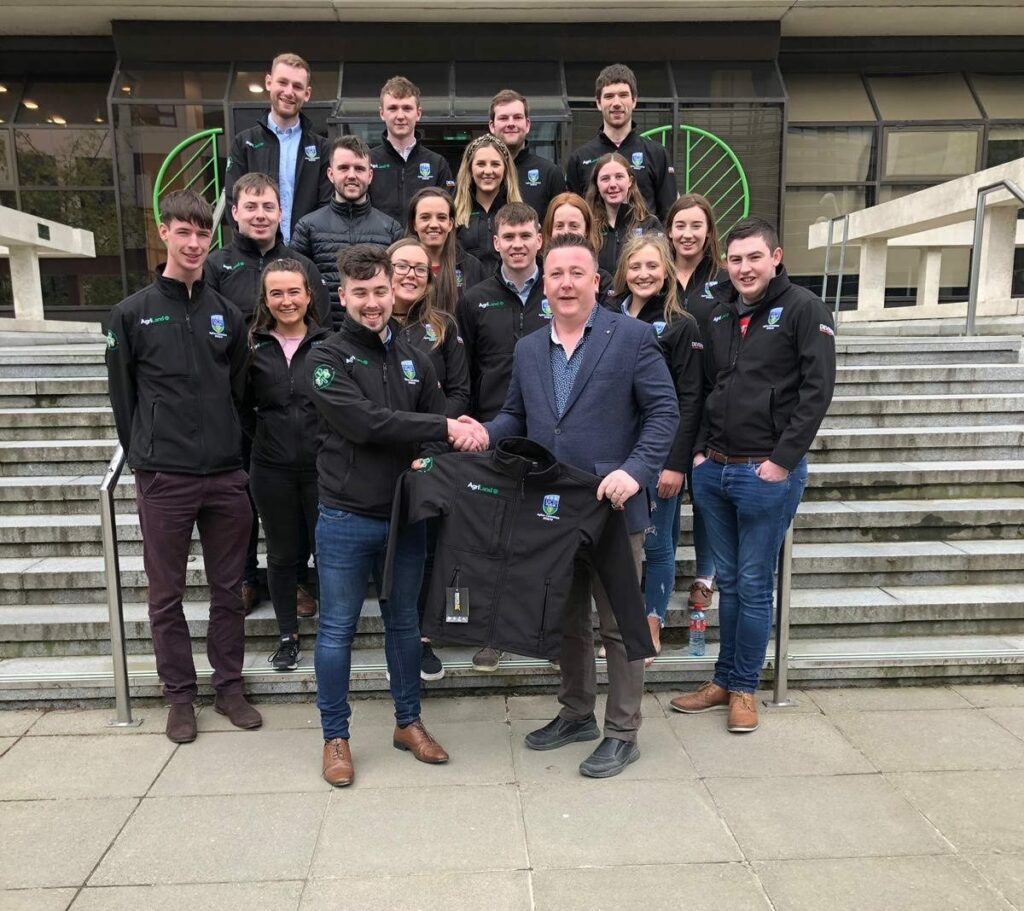 The primary objective of the society is to provide an opportunity for students with a common interest to make friends and build networks while studying at UCD.

Meanwhile, the group’s fundraising and generous donations of monies raised has grown significantly in recent years.

The combined donation made to the IMNDA and the Kevin Bell Repatriation Trust is the largest sum of money raised by AgSoc to date.

AgSoc was first established at University College Dublin in 1923 and is to date one of the most active student societies in the university, with over 1,000 members registered for the 2018/2019 academic session.

The society is run by a 27-strong student committee in a voluntary capacity with all monies raised donated to worthy causes. 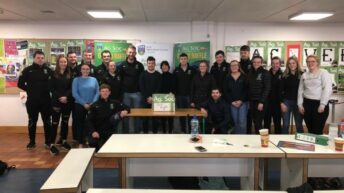