Trailer of bales overturns in Donegal 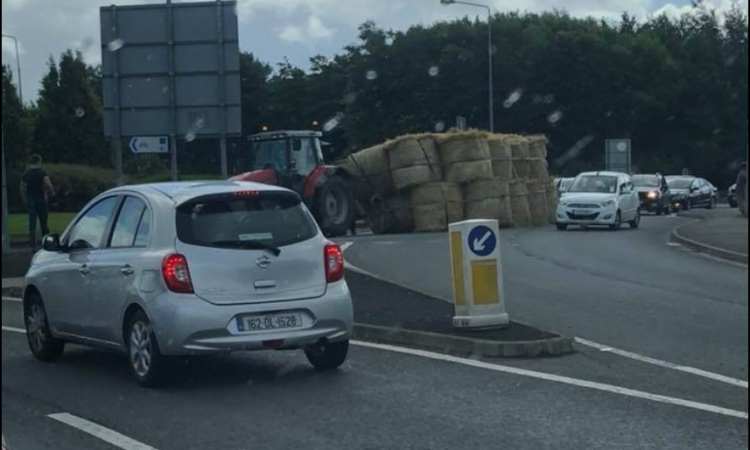 A trailer of hay bales has overturned in Co. Donegal earlier today (Thursday, August 16), according to several local media outlets.

The incident is believed to have occurred in the Letterkenny area at the Polestar roundabout, according to local publication Donegal Daily.

It is understood that a tractor hauling the trailer of bales overturned at the roundabout at about 1:00pm today.

Thankfully nothing was hit by the falling bales, Donegal Daily reports.

One lane of traffic has purportedly been closed, though the outer lane remains in action.

Traffic is slow on approach on the Neil T Blaney Road and N14 as a result, the local outlet added.

Meanwhile, over in the UK, a tractor crashed onto a rail line last night, causing major disruption to services, according to the National Rail.

The incident occurred on the route going cross country between Leeds and Reading/Plymouth and between Glasgow Central and Birmingham New Street, the transport service said.

Taking place at approximately 9:10pm last night, the Fendt tractor involved in the incident burst onto the track, taking out a tree and damaging both the tracks and overhead electricity wires.

It is understood that the accident happened near Fitzwilliam, located in west Yorkshire, England.

In a tweet posted from the company’s Twitter account, National Rail said: “Damage to the railway infrastructure, including the tracks and overhead electric wires, caused by a tractor in the Fitzwilliam area has resulted in all lines being blocked.”

It is not known how the driver lost control of the tractor. 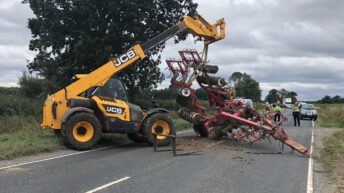