Trade focus: ‘Self-propelled foragers are great for maize, but not always best for grass’ 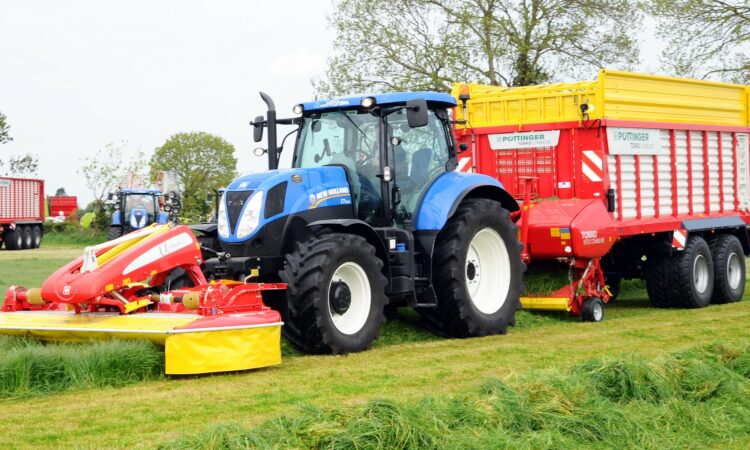 It has been six years now since Pottinger brought the distribution of its products in Ireland back in-house.

The move appears to have worked well for the company – not least because it managed to weather the storm of low milk prices and is currently coping with the drought of decent tillage returns. Smaller, independent importers can’t always survive such buffeting. 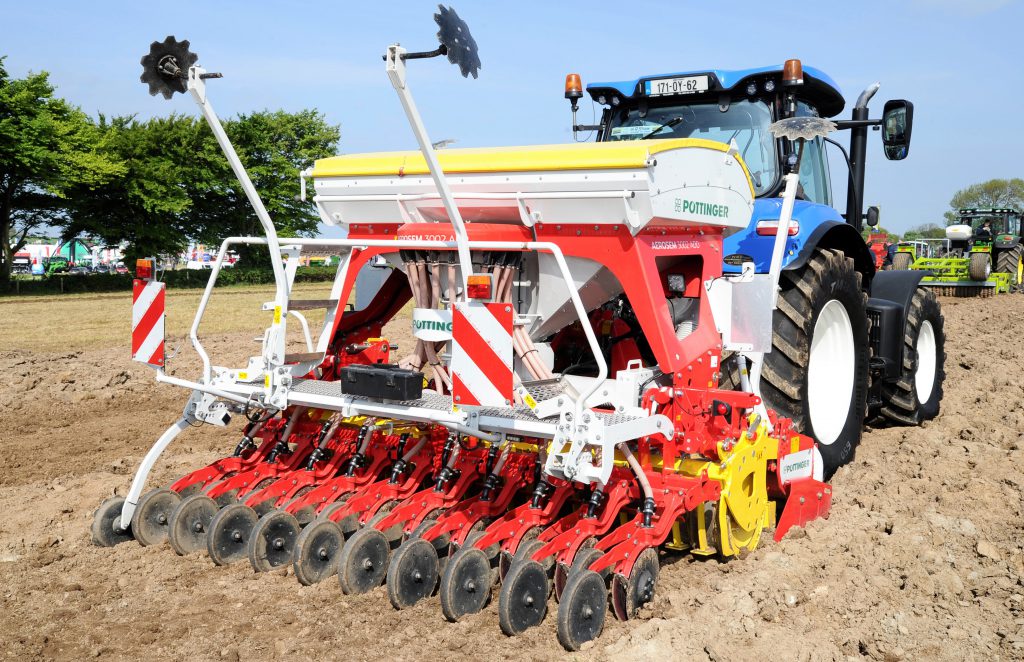 To head up the new subsidiary, Pottinger appointed Diarmuid Claridge (pictured below) as managing director at the start of 2016. He has now settled into his new role, with a fair smorgasbord of ambitions and challenges in front of him. 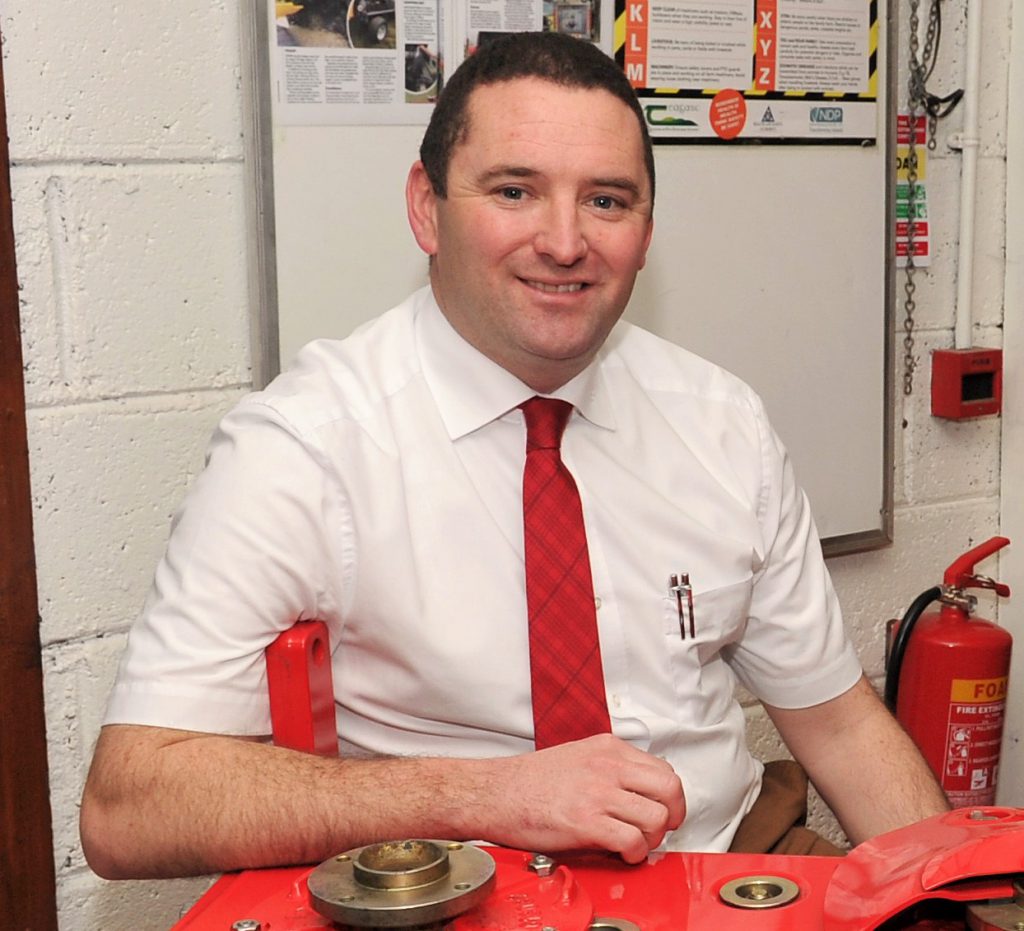 His most immediate concern is the relocation of the company to a larger site in Clonmel, Co. Tipperary. This is a move he hopes to have completed by this summer, although the peak of the sales season may yet slow progress.

There is still much preparation to be done and it is the chasing of builders and suppliers that has occupied much of his time of late. 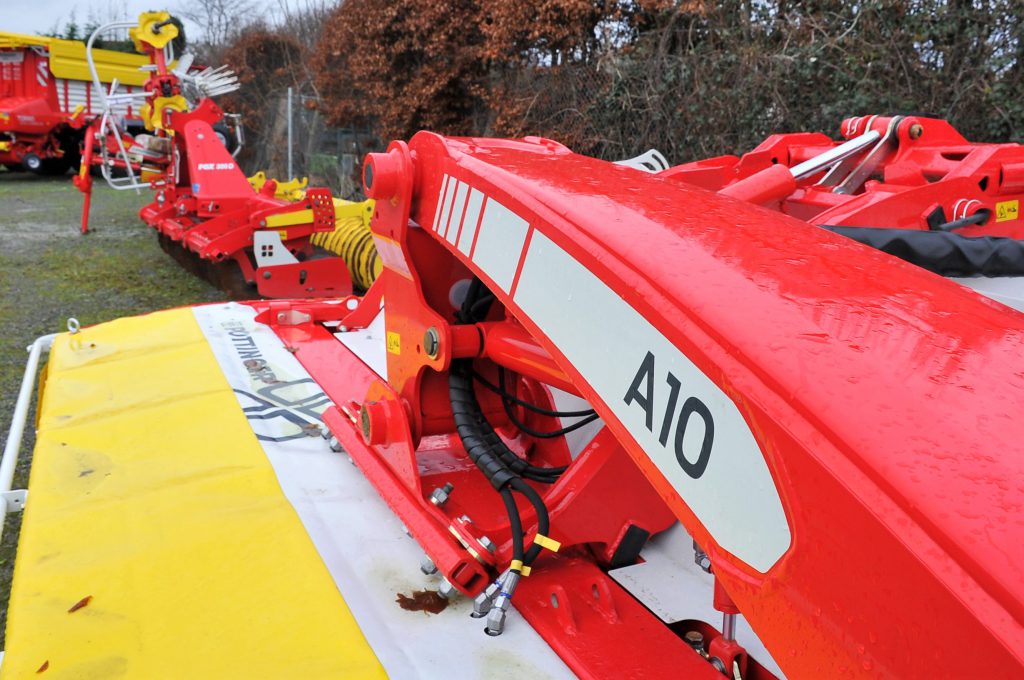 The new base will offer around twice the undercover space – for an increased range of parts, machine storage and, most importantly he says, dealer, farmer and end-user training. This latter aspect is something of a new venture; it will be gradually built up over the next few years.

Diarmuid is quite convinced that, as machinery becomes ever more sophisticated and expensive, Pottinger has a responsibility to ensure that it is deployed to the best advantage. 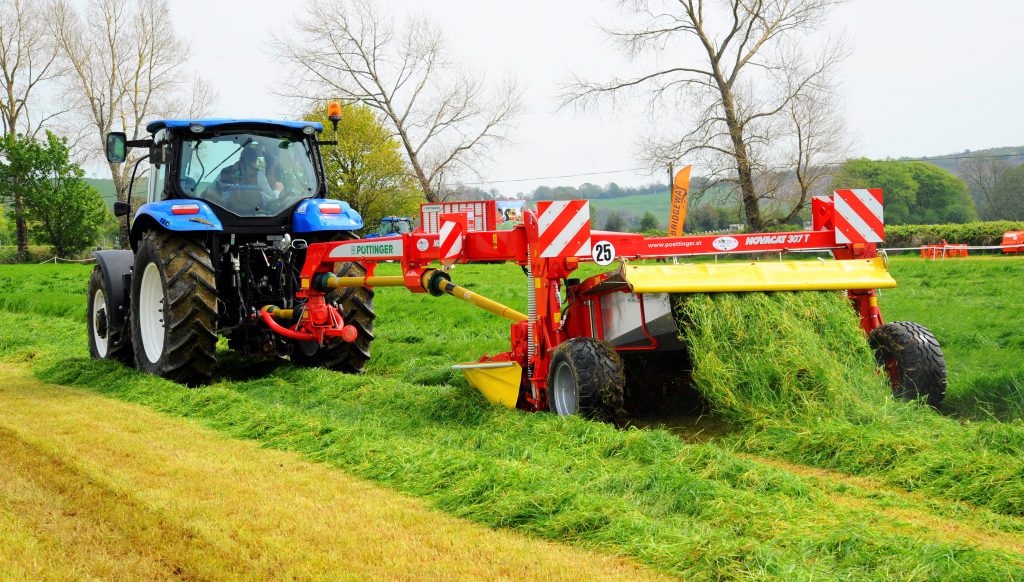 As a concept this is not particularly new of course. Integrating the machine into a farm’s overall system is a process trail-blazed by the diet feeder manufacturers in particular.

What Diarmuid is now looking to achieve is to support and reinforce the knowledge and expertise that already exists in the farming community with additional updates on the latest developments in animal nutrition and forage feeding techniques. 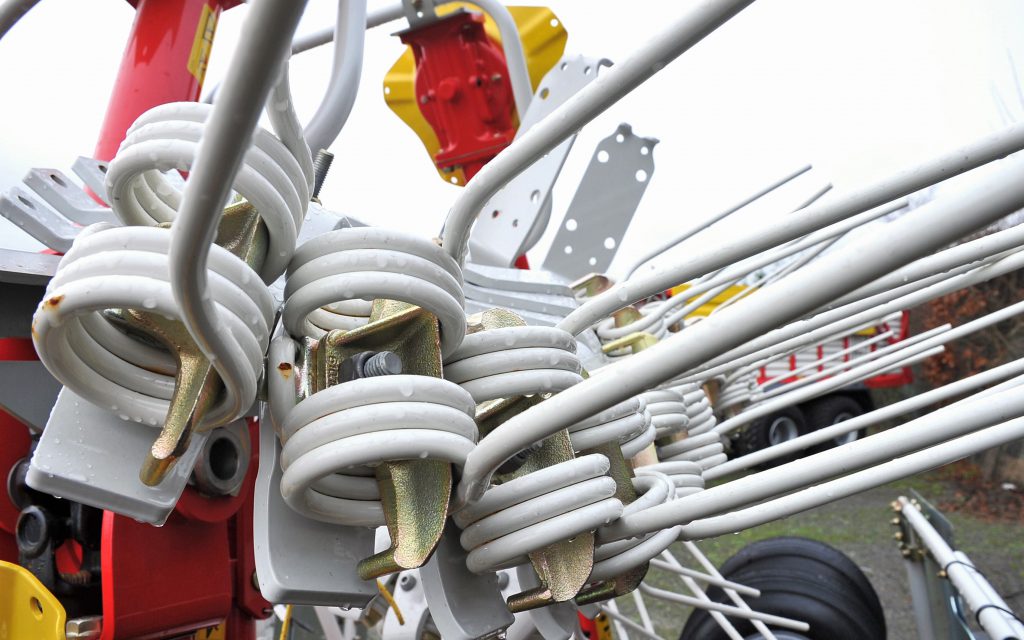 Naturally, such an approach is not entirely altruistic; Pottinger has a business to run after all. Yet, he saw it work well during his time at Lemken and feels that it would be even more appropriate for grass management and silage production. 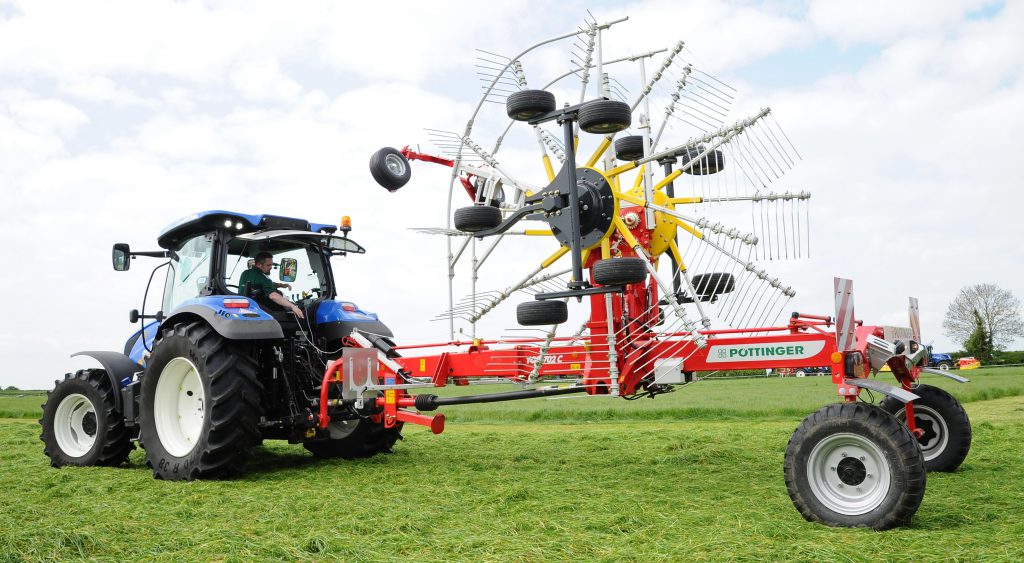 Diarmuid believes that it is in the making of silage that the conflict between the interests of the farmer and the contractor are at their most divergent. Getting the job done and moving on to the next farm as quickly as possible is how contractors make their money – an approach that does not always guarantee that the nutrients in the grass are preserved to best effect. 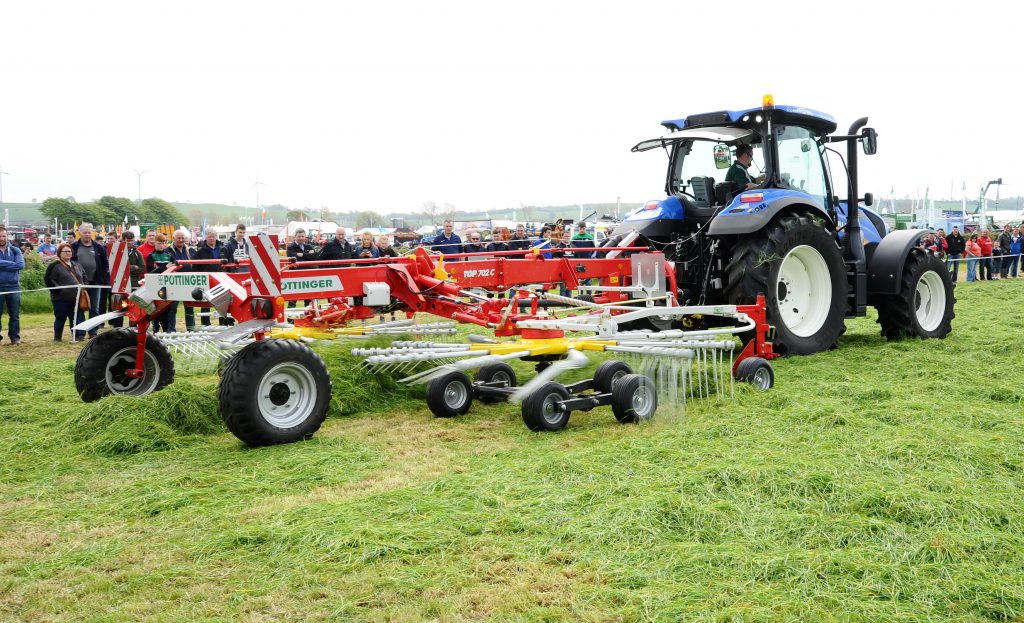 Pottinger has seen a trend over the last few years for farmers to take back control of the cutting and wilting of the grass crop, before having a contractor come in to collect and draw it to the pit.

Even so, this is no guarantee of quality. “A big self-propelled forager will blow a dry crop out of the chute like sawdust,” explained Diarmuid, “wasting much of the nutritional leaf faction as it does so”.

Unsurprisingly, the company believes the answer is to use one of its forage wagons instead. The benefits of flexibility and a longer chop-length are two features it is keen to sell.

“Forage harvesters are great for maize, but they are not always the best tool for grass,” Diarmuid claimed. This appears to be the axiom that Pottinger is hoping to establish within the dairy industry.

It will be an uphill struggle, given the prevalence of high-horsepower harvesters (and the penchant for harvesting escapades more reminiscent of the ‘Whacky Races’ than a considered scientific approach), but it deserves credit for trying.

Self-loading forage wagons are not the only alternative to the big self-propelled foragers, of course. Round balers offer the ultimate in flexibility for silage making and, here, Pottinger has a new trick up its sleeve in the form of the Impress (combination) baler-wrapper. 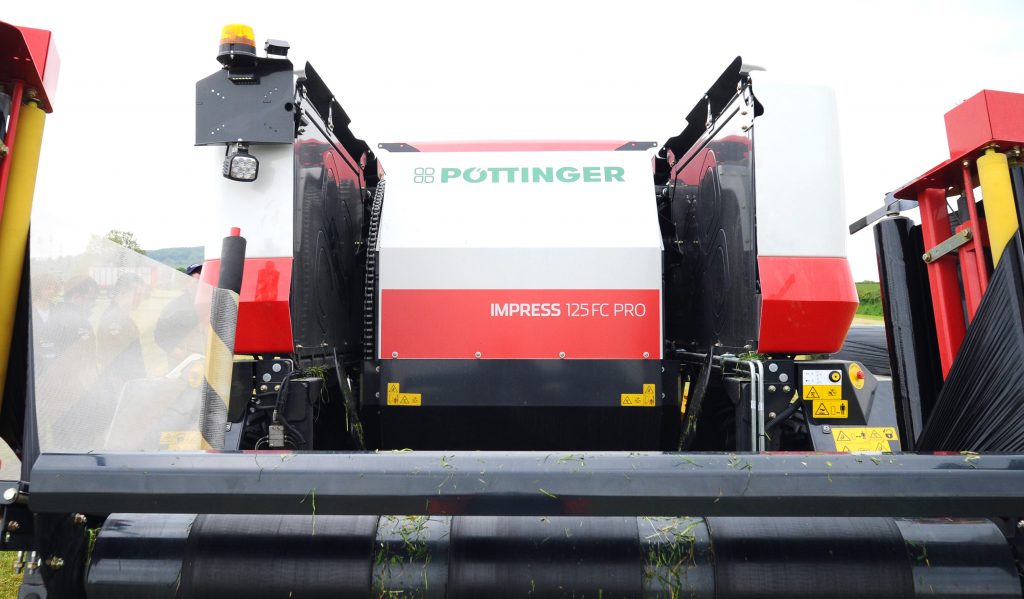 This was demonstrated for the first time in Ireland at last week’s Grass & Muck event. It’s a tough market to break into – as Diarmuid is the first to admit – but he’s happy that the machine’s lower centre of gravity, retractable knife bank and twin-axle arrangement will give it every chance.

When it comes to digital technology Diarmuid is enthusiastic about what’s on the horizon. Pottinger’s experimental plough – seen on test last autumn – with an electrically-powered depth-wheel is just one example.

Also Read: Can this electric ‘wheel assist’ get you an extra two furrows?

The use of electric (in place of hydraulic) motors on balers and forage wagons could have many advantages, including immediate reversal of feed mechanisms (along with a reduction in overall machine weight).

What is definite is the spread of the smartphone and the rise of the ‘app’. Diarmuid believes that this has had a strong impact on the general acceptance of digital technology. 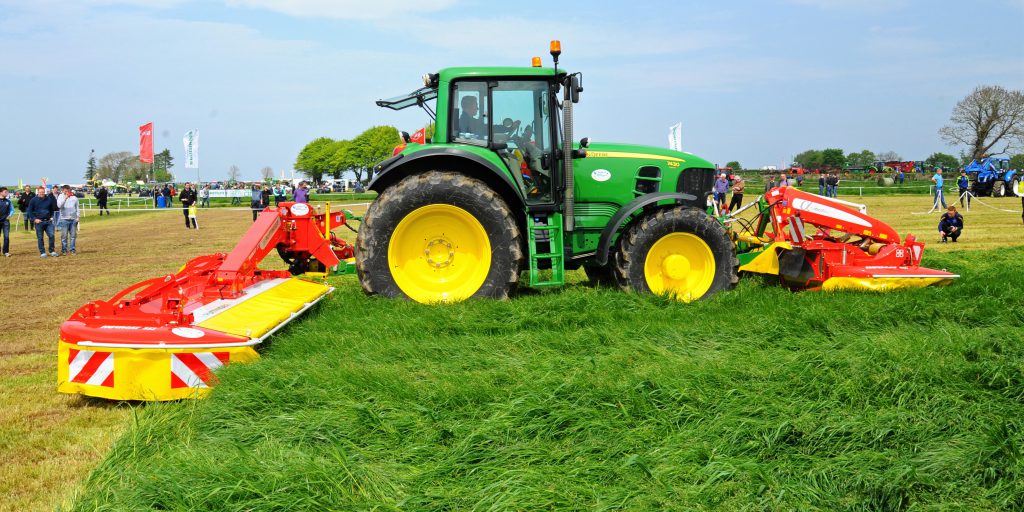 Farmers are, he insists, far more business-orientated than just five years ago. His aim, he says, is to ensure that Pottinger is poised to restructure the traditional partnership between the manufacturer and the end-user – against that backdrop. 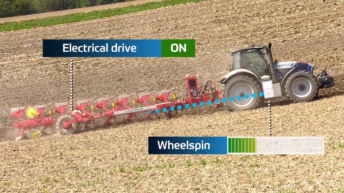 Can this electric ‘wheel assist’ get you an extra two furrows?