Gardai have seized a black Toyota Hilux 4X4 vehicle that is suspected of being used in rural criminal activity from a property in Co. Meath.

Gardai from Navan and Ashbourne – along with members of the traffic and drugs units and assisted by Regional Support Unit (RSU) – entered a property in the south of the county with a search warrant and seized the vehicle in question, according to Meath Crime Prevention.

The vehicle was seized yesterday (Tuesday, January 15) in connection with an incident on Monday evening where two men in a jeep matching the one in question were suspected for stealing diesel from a farmyard in Slane.

Follow-up enquiries have been conducted and Gardai hope to make an arrest in coming days, the crime prevention page has said via social media.

A total of 347 cattle were stolen from farms and yards around Ireland in 2018, according to the Department of Agriculture, Food and the Marine.

Co. Meath saw easily the highest number of cattle taken, with 232 animals lifted from this county alone – over two thirds of the total amount reported stolen.

November saw the highest number of animals taken with 211 reported stolen; 210 of these were taken in Meath during this month.

42 animals were taken in June, the second-highest month.

In a distant second place was Co. Laois which saw 35 animals stolen over the course of the year, with Co. Westmeath the county with the third highest number of stolen livestock – some 25 cattle. 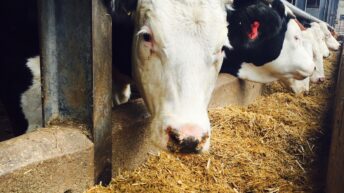