The Irish Creamery Milk Suppliers’ Association (ICMSA) has indicated this afternoon that, while progress has been made by all parties involved in the latest round of beef talks, there is still a long way to go before all the issues are “ironed out”.

Its president Pat McCormack spoke to AgriLand shortly after farm organisations gathered themselves together this morning with the Minister for Agriculture, Food and the Marine Michael Creed and department officials to garner a proposal in respect of discussions that begun yesterday morning, Saturday, September 14. 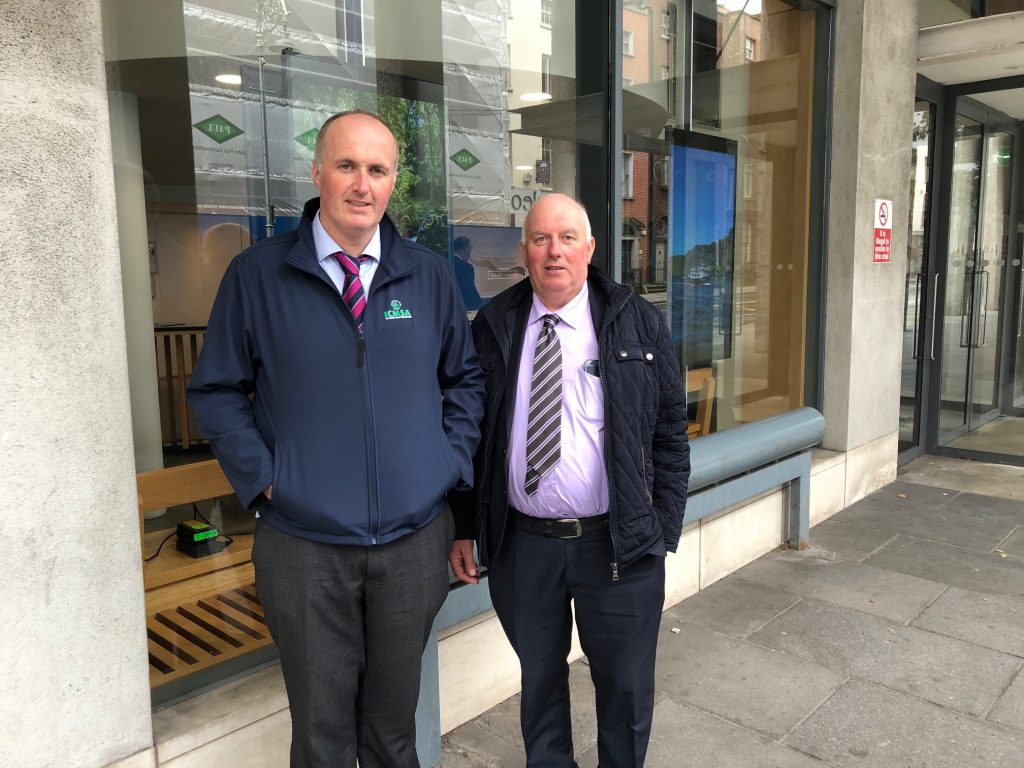 Pat McCormack and Des Morrison outside the Department of Agriculture, Food and the Marine

While the ICMSA president pointed to the proposals that are on the table – which includes calls for changes to the in-spec bonus for animals over 30-months and under 30-months; and the appointment of a regulator so there will be more transparency in the industry – McCormack also added: “There are aspects that need to be further ironed out.”

A good deal of progress has been made and hopefully there will be further progress on that.

He continued: “The ambition would be that, together, the farm organisations can work out the issues – there is a lot done and a good bit yet to do.

“This is by no means over…but hopefully by this afternoon we will reach a conclusion on these talks.”

McCormack went on to say that he was hopeful that Meat Industry Ireland (MII) would return to the table “with something positive to add”.

He also pointed out that the processing of Irish beef at plants in the UK and Northern Ireland over the last couple of days has only served to be “provocative”.

While it’s not being addressed at these talks that move has been provocative.

He added: “But in the grand scheme of things, with Brexit on the horizon, the aim now is to get our own industry fully and collectively up and running.

“We want to return economic sustainability to the beef industry.”

Farm organisations 'united and determined to get result' at talks