Johnstown study shows what the EBI is capable of delivering 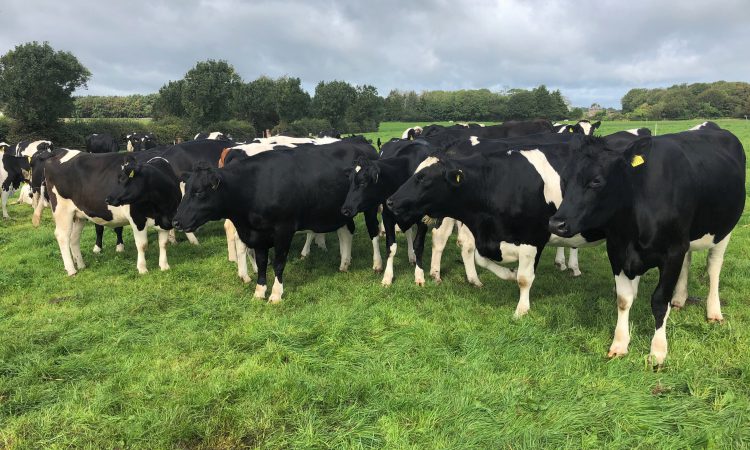 “Some farmers are of the opinion that the EBI is a spring-calving breeding index, but this is not the case.”

This was a statement made by Teagasc’s Richard O’Brien at the Teagasc Winter Milk event held last week.

During the event, Richard presented some data on the Johnstown herd and also discussed a recent study which showed what the EBI can deliver in terms of profitability.

Kicking off the discussion, he said: “The average EBI of the herd here is €153. The Glanbia average – across winter milk herds – is €58; so it’s half of it. The EBI for the herd here is delivering both in terms of fertility and milk solids.” 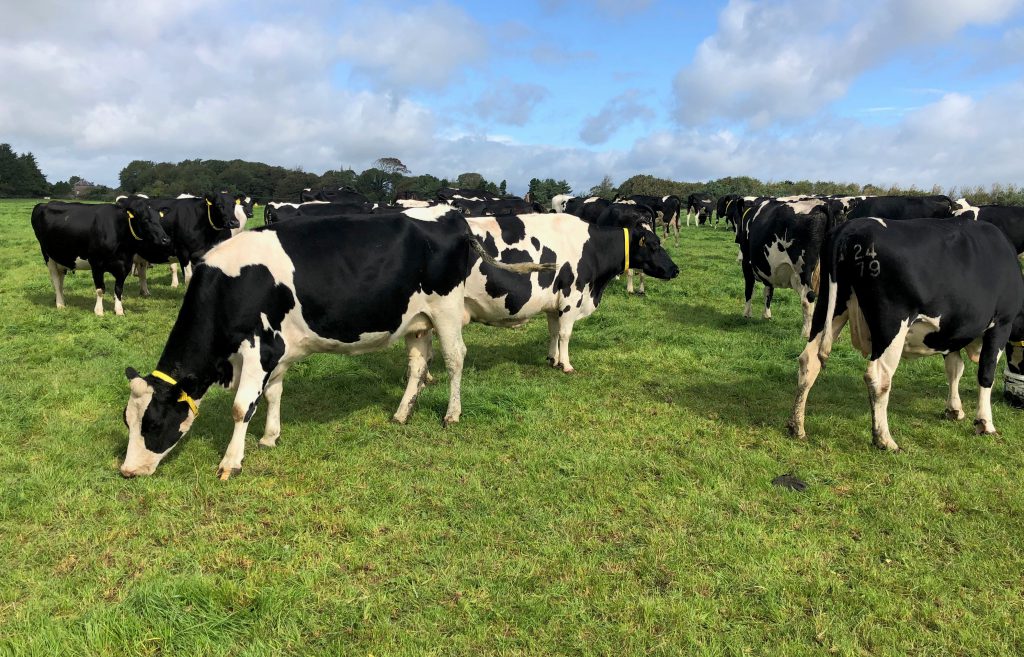 Last year, the herd produced 551kg of MS/cow with a 372-day calving interval. The average for winter milk herds, in the Glanbia area, is 415kg of MS/cow.

“The difference in milk solids between the herd here and the Glanbia average equates to €600/cow. That is the amount of money, through breeding, that this farm is delivering,” highlighted Richard.

These improvements are being made through selecting bulls which have an EBI over €280, are greater than €100 in the fertility sub-index and greater than €80 in the milk sub-index.

Richard also said: “Whether you are picking bulls for autumn or spring the exact same criteria applies.”

A study – which was completed by Joe Patton – compared 900 cows from eight split-calving herds. The cows were divided into four groups, based on their EBI, and looked at across a four-year period.

Each herd had to have an average calving interval of 400 days and had to be producing, on average, 500kg of MS/cow. 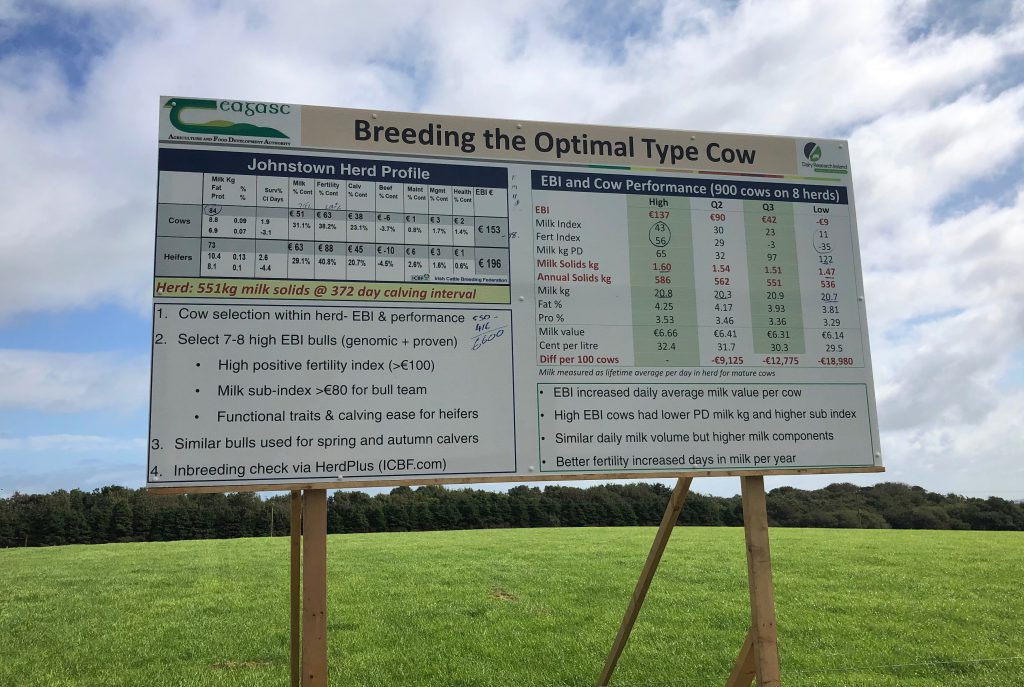 Although their daily milk yield is similar, the high group is delivering more milk solids due to their higher milk constituents.

But what difference does this make?

It is clear from examining the figures that the high-EBI group outperformed the low-EBI group; but what is it delivering in monetary terms?

“If you look at the milk value, the high group received 3c/L more than the low group due to their higher percentages,” said Richard.

Using the example of a 100-cow herd, he said: “The difference in profitability between the high group and the low group is nearly €19,000.

Whether she is pink or yellow the cow has to deliver money and that is what these cows are doing. 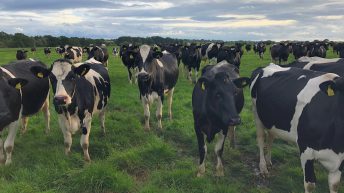