What happens with the backstop when the UK leaves the EU on October 31? 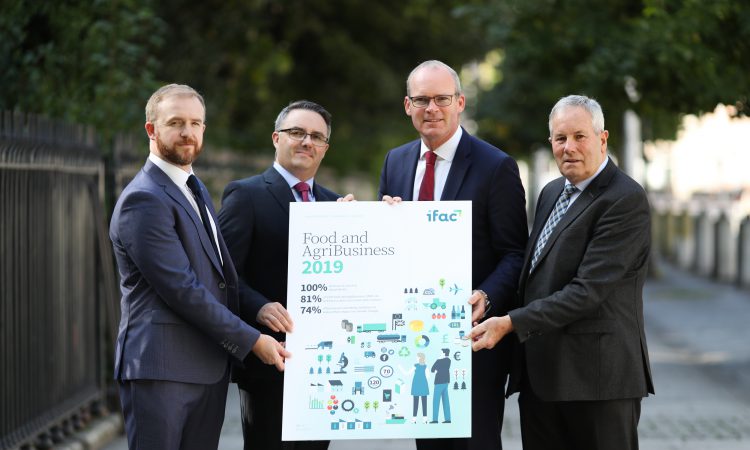 If the demand from the British government is to remove the backstop then it has either got to change that demand or else it has got to propose something that replaces the backstop that does the same job.

The Irish Government hasn’t gotten any written proposals on this at all – and there is just one month left in which to reach “a deal” on the issue.

The backstop was always meant to be temporary – it still is temporary, and the Irish Government remains hopeful that “it won’t have to be used at all”.

These were the sentiments expressed by the Tánaiste and Minister for Foreign Affairs and Trade Simon Coveney when he was asked to provide an update on the withdrawal agreement and the backstop in Northern Ireland in the context of Brexit, during an IFAC event in Dublin yesterday, September 10.

The backstop, meanwhile, is an insurance policy incorporated into the UK/EU Brexit negotiations that ensures the Irish border remains open whatever the outcome of the UK’s exit on October 31.

Coveney, who was speaking during the launch of IFAC’s ‘Food and AgriBusiness 2019’ report which took place in Dublin’s city centre, also highlighted the fact that “it will be the British government that triggers the backstop by its approach on future trade relationships”.

But, these are British choices – not Irish choices; the backstop is simply the insurance mechanism that kicks in and can kick in on a Northern Ireland specific basis or on a UK-wide basis.

He also warned that Ireland was in danger of causing “collateral damage” to itself if the border situation was not dealt with effectively and in a timely manner.

“We are Britain’s closest neighbour and we have genuine problems here,” he continued.

“If we were to solve the problem in Westminster but then create a huge problem in Ireland where politics for the foreseeable future will be dominated by border politics, that would not be acceptable.

“We want a solution here that unionism commits to.”

The minister went on to say that as neighbours the Republic of Ireland and Northern Ireland “should be friends”.

“The only checks that will be required are on goods coming for the UK into Northern Ireland – not the other way – and those checks will be very limited in terms of what is being asked for.

There are many unionists in Northern Ireland – in the business community and in farming communities who would say that the backstop is infinitely preferable to a no deal.

“But there is a mindset of politics in Northern Ireland that is very black and white when it comes to constitutional questions.

“Unfortunately, many unionists are convinced that the backstop somehow does make Northern Ireland less British.”

The minister for Foreign Affairs and Trade then pointed out that he didn’t think anyone “could credibly suggest” that Northern Ireland is the same as the rest of the UK in terms of how politics work, how decisions are made.

There are already decisions being made on an all-island basis.

Coveney continued: “At the moment there is no executive in Northern Ireland and we have to act without that.

“The Irish Government has tried to reassure unionists that we are trying to get a solution here that works for everybody.

“Those who advocate against the backstop without a solution to solve the problem are essentially advocating for border infrastructure somewhere.

That is not something that we will sign up to in a deal.

“To do that would be inconsistent with the decision that we have taken on behalf of the country over the last three years.” 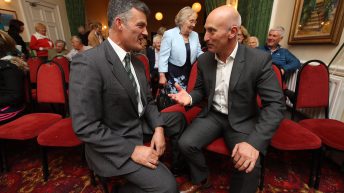