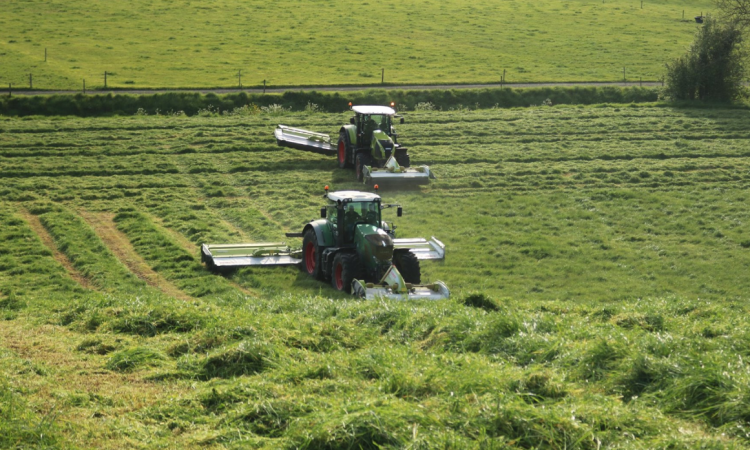 The few days of reasonably dry and rather warm conditions forecasted have resulted in the first advocates of early silage sending the mower into the silage ground for the second cut of 2019.

The warm conditions in early May were availed of by many farmers across the country, who were really focused on getting the highest-possible quality silage saved.

While crops were light, conditions were ideal nationwide until around the third week of May – albeit when most farmers were ready to cut – and the scattered showers of rain have been coming and going ever since.

A Co. Cavan based agricultural contractor explained to AgriLand that there is a total of almost 500ac of second-cut pit silage to be gathered this week.

One staff member for contractor Joe Brady explained that while it’s still reasonably early in the season, some farmers have been calling up, eager to get the second cuts mowed.

The member of staff – who operates Brady’s Fendt 936 Vario, sporting two 12ft and one 10ft Claas mowers – explained that mowing is currently underway and that they are due to start lifting grass on Friday morning.

Concluding, he outlined that while no second cuts are “overly heavy” farmers that are cutting now are focused solely on quality.