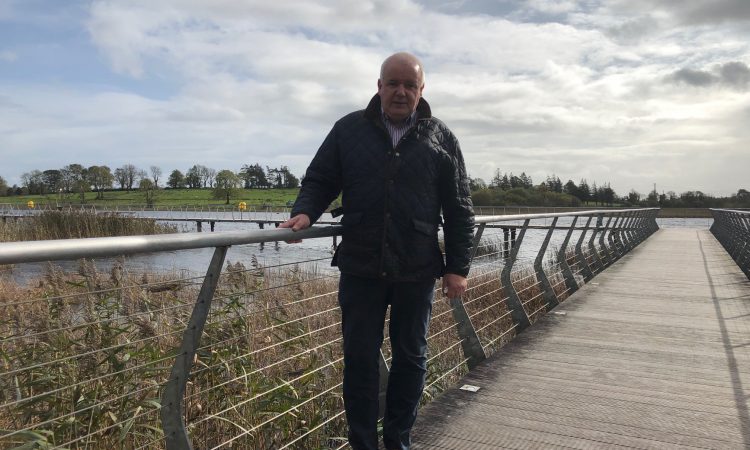 When Aengus Mannion eventually got back on his feet three or four years after a very serious accident on a farm estate he was managing in Co. Meath, back in 2009, his main focus was to return to the job he loved…and to walk again.

However, things didn’t quite go according to plan and Mannion eventually found himself at home in Sligo chain smoking, depressed and jobless.

And, deep down, he knew only he had the power to change his circumstances – it was he who needed to decide that the time had come to do just that.

My job didn’t work out – a new person had been taken on and while he didn’t hold the same title as me he was carrying out my role.

He continued: “So, when I tried to return to the fold things didn’t work out.

“All my duties had been taken away from me; I ended up doing garden chores and such like and was completely demeaned and demoralised.

“I lasted two or three months; then I decided I had enough and came home to Sligo.”

Meanwhile, Mannion’s bothers took an employment case on their brother’s behalf; the outcome was successful.

I was too ill and too devastated to do it myself.

Mannion continued: “After I eventually came out of hospital I came back to my home in Sligo in a wheelchair and was told I would never walk again.

“But I did walk again – it took three years and plenty of ups and downs but I got there.”

He says it was through some of his darkest moments that he became most enlightened.

One day, Mannion was sitting in the house by himself “looking out the window and smoking cigarettes” when he realised that he had to do something about his situation.

I got the fight to get back up and get going again.

He continued: “A lot of people wouldn’t be able to do it – people don’t realise how difficult the aftermath of a farm accident is – the emotional and psychological impact as well as the physical.

“You could be inside in a room – I have been here – looking out a window where hundreds, maybe thousands of people are passing you by – and you are on your own; you are an island.

“People don’t realise – and families find it very difficult to deal with this type of a situation as well.”

The ebb and flow of life

Mannion also admitted that he wasn’t the “easiest patient” himself.

He says he knows that his family found his rehabilitation difficult at times.

He pointed to how “headstrong” he is and while that aspect of his personality got it him “through the accident” it also caused friction in the family unit.

My family were brilliant – in fact I can’t speak highly enough of them – but at the end of the day when you go home it’s you that has to deal with it.

Mannion added: “I found it difficult going back to the family home – in fact I didn’t want to do it.

“But I was determined to get walking again.

“I fell down many times – our Lord didn’t fall as many times as I did; but I got back up and kept going.

And here I am walking now and alive to tell the tale.”

Meanwhile, Mannion now dedicates a lot of his time to Embrace Farm; he also chats regularly about his accident in an effort to instill hope and determination into others who have found themselves in a similar boat.