Picket line farmers give back to their milkman 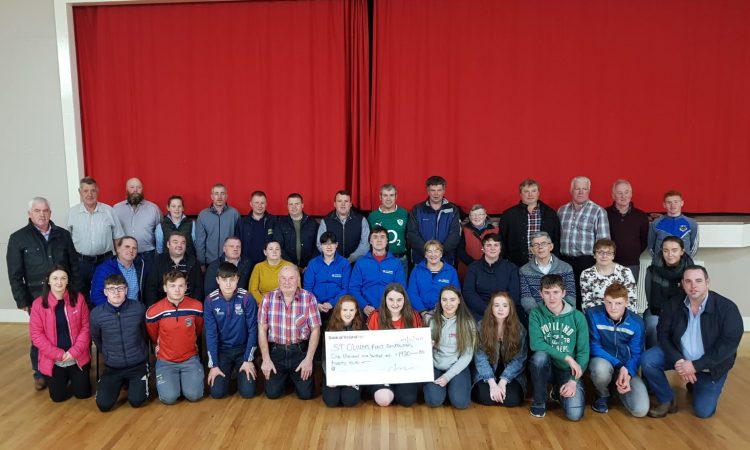 “The basic essence of rural Ireland is that we help each other. Our milkman helped us when we were on the picket line and we wanted to do something in return for his family at a time of tragedy,” said Cavan woman, Jolene Smith.

One of the farmers, who had been protesting outside Liffey Meats recently, recalled how local milkman, Jim Connell, delivered milk and moral support to the farmers on the picket line. However, he suffered family tragedy when his son, Darren, who was in sixth year, tragically died.

Jolene, who runs a suckler, beef and sheep farm with her husband Ciaran in Ballyjamesduff, said the farmers wanted to do something to support Jim and his wife Vera in their bereavement.

As a result, the farmers organised a fundraising get-together. “Philip Reilly of Lisgrey House kindly gave use of his venue, while the brilliant singers, Aine McGivney, Alanah Galligan and Katie Cooney entertained the huge crowd, with an amazing €1,920 raised,” said Jolene.

“The Connell family generously asked that the money be donated to the Oldcastle First Responders’ Group, which does so much for the local community and was first on the scene to Darren,” she said.

On behalf of the farmers, Jolene expressed support for Jim and all the Connells, and thanked him for his backing over the years. Jim thanked the group in return for its gesture. He urged people to support their local farmers who, he said, do so much to keep the local community and economy going.

The agri-business sector is the backbone of the country, Jim said, and keeps many families afloat. On behalf of the Oldcastle First Responders’ Group, Margaret Alwill expressed gratitude for the donation, and said it will benefit the local community, possibly in the form of a defibrillator.

Keen to give back

Oldcastle GFC, of which Darren had been a member, organised ‘Cupan Tae’ gatherings to allow all those affected by the loss of Darren, to come together and chat.

The support provided by Jim while they were on the picket line was greatly valued and farmers were keen to give back, Jolene said.

However, she said that farmers continue to suffer stress because of the ‘dire’ situation they face in not being able to pay their bills.

“I don’t know where farming is going,” said Jolene, who added that their counterparts in The Netherlands and Germany are also striking. 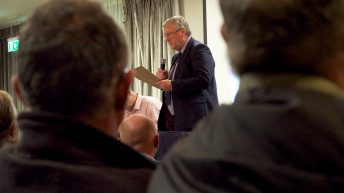 McDonagh to beef farmers: ‘Protest gets you so far. You need a plan; an end goal’