Man charged with murder of Kerry farmer gets trial date

The man charged with the murder of a Kerry farmer in April 2017 has received a trial date, according to Radio Kerry.

It is understood that the Central Criminal Court will sit in Tralee Courthouse on October 9 of this year.

On April 4, 2017, it was confirmed by An Garda Siochana that a murder investigation had been launched following an incident involving a car and a teleporter prior to 9:00am that morning.

The car was reportedly being driven by the deceased, while the accused was believed to be operating the teleporter. It was also confirmed that both men knew each other.

In the aftermath of the incident, superintendent Dan Keane of Listowel Garda Station confirmed to AgriLand that the investigation was being “treated as a murder inquiry rather than a road traffic accident”.

Both the Gardai and the emergency services were called to the scene at 8:45am. O’Mahony – the driver of the car – was pronounced dead at the scene.

Ferris was reportedly uninjured. He was arrested by investigating Gardai and was originally detained under Section 4 of the Criminal Justice Act, 1984 at Listowel Garda Station.

At the time, the stretch of road where the incident occurred was closed off in order to carry out a full examination.

Ferris was originally “sent forward for trial” – charged with the murder of the deceased – this time last year. 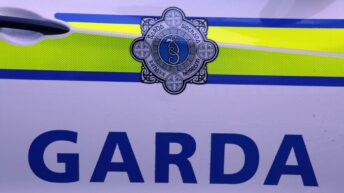 Updated: Murder investigation launched following an ‘incident’ with a teleporter