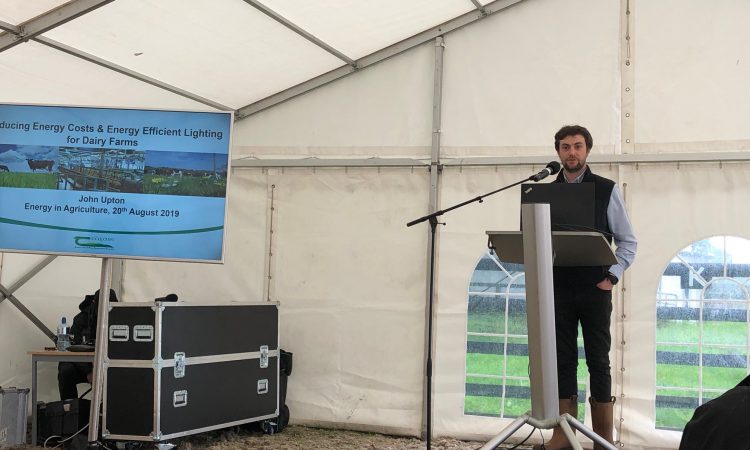 This is according to Dr. John Upton – research officer in the livestock systems department with Teagasc – who spoke during the Energy in Agriculture Conference 2019 at Gurteen Agricultural College in Co. Tipperary, on Tuesday, August 20.

Meanwhile, he pointed to general energy consumption on dairy farms in Ireland and the ways in which farmers can save money – through energy efficiency – on their holding.

As a result of this energy use we will emit 182,000t of CO2 so we need to look collectively at what Ireland can do to reduce those emissions and save money at farm level.

He continued: “It can be a win-win situation.”

The Teagasc expert then pointed to proceedings inside the farm gate and at how electricity is being used to produce billions of litres of milk in this country.

His findings, he added, are based on an energy audit carried out by Teagasc on 60 dairy farms over a five-year period.

We found that milk cooling is always the largest energy consumer inside the farm gate.

Upton added: “It always uses over 30% of the total energy consumed. This then is followed up by water heating which is the second-largest energy user – that’s 23%.

“Milking and the milking machine consumes 20% energy, winter heating 18% and the water pump 5% – so, to bring all of that into context – per tonne of milk sold – it averages out at about €5/t.

“The range is quite enormous – from €2.50 up to €9 – so there can be a huge difference in total annual energy bills on two farms with the same number of cows.

The reason for that is efficiencies gained in each of the areas that I mentioned.

“There is no one reason why a farm is efficient or not efficient – it’s a combination of a lot of different aspects coming together.

“We have to tackle all areas to make the farm efficient; it’s not sufficient just to look at one area.” 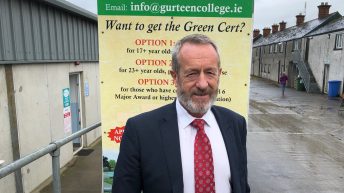