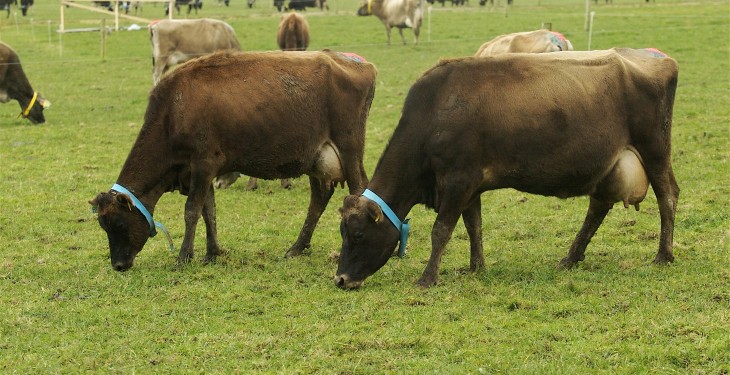 A recent grazing trial, hosted by Teagasc, has confirmed that Jersey cows will make best use of swards containing high levels of perennial ryegrass.

These results and those of other grassland trials were discussed by Teagasc’s Marion Beecher, courtesy of her presentation, given at the recent Walsh Fellowship seminar:

She continued: “Grazed grass and grass utilisation are key components of profitability in Irish ruminant production systems. The production and utilisation of high-quality grass is essential to achieve the 50 per cent increase in milk production targeted by Food Harvest 2020.

“Our current research work  focused on increasing our knowledge of perennial ryegrass digestibility in dairy cows. A study investigating different dairy cow genotypes found that Jersey cows have a greater capability  to digest perennial ryegrass compared with Holstein Friesian cows. The differences in digestibility are driven by differences in feeding behaviour, rumen capacity and rumen microbial populations between the genotypes. Another study investigated the change in proportion and chemical composition of plant components throughout a grazing season.”

Beecher went on to point out that the different components of grass vary in their digestibility and are ranked in the following order: leaf: pseudostem, true stem > dead tissue.

“Leaf is the dominant component of the sward,” Beecher further explained. “However, the proportion of true stem increases during May and June.  The amount of dead material increases in February, at the expense of leaf content. Focusing on increasing the leaf proportion in the sward can lead to higher sward digestibility.”

The results of this research work will be of specific interest to the increasing number of Irish dairy farmers now using either purebred or crossbred Jersey cows. Up to now, the focus on Jersey bloodlines would have more reflected the breed’s ability to produce milk with higher level of components.