Irish sheepmeat production forecast to jump by 5% in 2016

European sheepmeat production is expected to increase by 3% this year and Irish production is set to jump by 5%, according to the AHDB (the body for English beef and lamb).

Sheepmeat production is likely to jump due to small rise in the European breeding flock last December and an increase in production in Spain.

Irish sheepmeat production is expected to jump by 5% during 2016, despite a relatively unchanged lamb crop this spring, according to the AHDB.

The majority of this increase comes from a rise in the number of 2015 born lambs and cull ewes slaughtered so far this year.

The volume of sheepmeat produced in Ireland is also expected to be boosted by live imports from Northern Ireland, which are likely to increase due to a weaker Sterling. 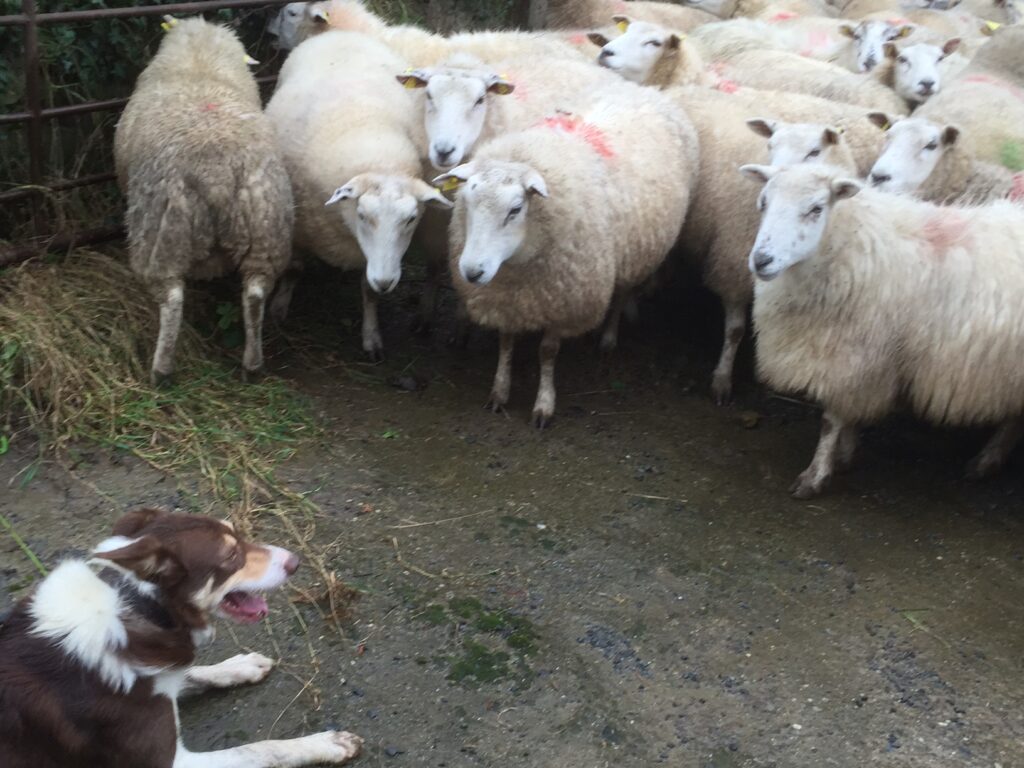 According to the AHDB, the UK is the largest sheepmeat producer in European and its production is likely to grow slightly in 2016 due to an increase in mutton supplies.

The rise in mutton supplies will occur as the UK moves back to a more normal culling rate, as its breeding flock remained stable in December 2015.

However, it expects UK lamb production to be back marginally this year, due to a lower carryover of last season’s lambs.

Spain is the second largest sheep producer in the EU, it shows, and despite a steady fall in production over the past couple of years, it showed some recovery in 2015.

The AHDB reports that Spanish sheepmeat producers enjoyed a much better market last year, which was reflected in an increase in the breeding in December 2015.

And, as a result Spanish sheepmeat production is expected to increase by 5% in 2016.

However, despite the forecast rise in production in Ireland, the UK and Spain, the AHDB suggests that French sheepmeat production is likely to fall by 2% this year.

The AHDB reports that French sheep farmers face some uncertainty this spring, caused by a Bluetongue outbreak in the autumn, which could possibly impact on lambing rates in 2016.

It also expects some recovery in the ewe culling rates this year, after a fall in 2015, while farmers may also keep more ewe lambs. And, this may contribute to a lower lamb slaughter in 2016. 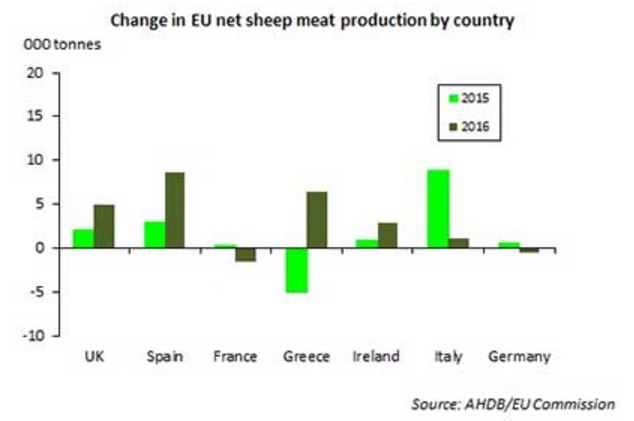 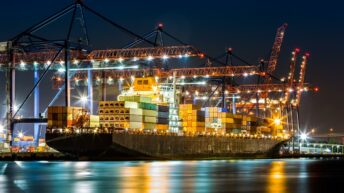