How do farmers keep going and comply with environmental targets? 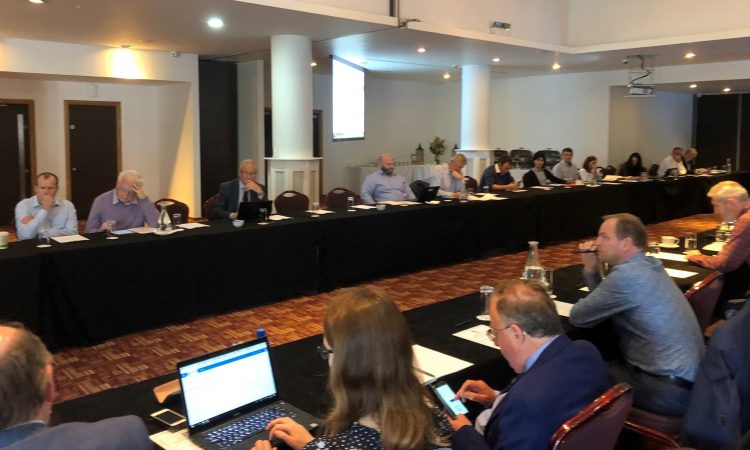 The challenge with sustainability in agriculture is to keep going at the same time as complying with environmental targets in the area of greenhouse gas (GHG) emissions.

There are also targets in relation to ammonia – under the Water Framework Directive – which need to be considered because Ireland’s nitrates directive depends on it – it is an area of biodiversity.

This is according to Dr. Cathal Buckley, economist with Teagasc, who spoke about economic and environmental sustainability at farm level during the Irish Creamery Milk Suppliers’ Association (ICMSA) ‘Dairy and Climate Change’ think-tank, which was held in Dublin on Wednesday, September 4.

Buckley, meanwhile, pointed to how, when there is discussion and debate around sustainability, it encompasses “a grand challenge” of trying to square-circle production verses environmental targets.

He also highlighted the fact that much of the information he was putting forward came from the Teagasc National Farm Survey which covers the four land-based areas – dairy, cattle, sheep and tillage and represents approximately 90,000 farms.

Food Harvest 2025 report is a strategy to increase food exports to €9 billion by 2025 and to increase the primary value of agriculture to €10 billion – we are currently at €8 billion.

He continued: “Farm sustainability has to be strong on three pillars – environmental, economic and social.

“If one of the pillars is structurally weak then the structure is no longer resilient and there won’t be farming in the longer term.”

The Teagasc expert says there is an onus on each pillar to perform “to avoid failure”.

Buckley then went on to point to the family farm income and the important role that has in sustainability.

With regard to family farm income what I talk about is based on market-based income plus direct payments.

He continued: “They are results on a three-year rolling average basis; dairying is very much the most profitable farming enterprise – by a significant distance.

“Tillage is the second most profitable generating an income of between €30,000 and €40,000 – average earnings.

“We do know, however, that in recent times tillage hasn’t been making the average earnings.”

Gaining from the market

Meanwhile, the event heard that when subsidies are taken out of the equation it begs the question: What are farmers getting from the marketplace?

Buckley says that dairying is still very much more profitable and that earnings are on “an upper trend”.

He pointed out that it’s because there has been expansion and more output from the sector as a result.

“Tillage from a market perspective is below €10,000 and the livestock sector is actually losing money from the market,” he continued.

“That’s a negative market-based income and that means that farmers are losing money by producing the animals for the marketplace.”

Can the farm make the returns?

The Teagasc expert then pointed to economic viability and how that too needs to be examined in the whole debate.

Can the farm return the minimum national wage for the labour that farmers put in and get a 5% return on their non-land-based assets?

Buckley added: “If that bar is met then the farm is economically viable.

“With regard to the results of the three-year rolling average, 80% of dairy farmers are making that bar, so are 65% of tillage farmers and only about 25% of livestock farms are viable [Teagasc survey].

“On the social side of matters, the question is: If a farm is not viable, does a farmer have an off-farm job or income?

“All of this matters.”