In preparation for the four-day Cheltenham extravaganza, we looked at some of the runners, riders and trainers at the Cotswolds’ meeting and found that many are involved in farming.

Day one of the four-day festival will feature Minella Rocco, a horse that was first owned by John Nallen a beef farmer and point-to-point trainer from Clonmel.

The Tipperary man is also a well-known hotelier and owns the Minella Hotel in Clonmel. He’s owned over 70 horses down through the years, most of which have been called after the hotel.

On Tuesday, Minella Rocco lines up as the 4/1 favorite for the National Hunt Challenge Cup.

Both the jockey and owner of More of That, which is set to be sent off the 2/1 favourite in the RSA Chase on Wednesday have close ties to farming in Meath and Limerick.

Barry Geraghty is one of National Hunt’s most accomplished jockeys, but he is also involved in farming.

Geraghty farms in Drumee, Co. Meath and he has said purchasing the farm in 2003 was one of his best investments.

He has the farm stocked with cattle and young horses, but he previously kept sheep, which he said was one of the worst investments he has ever made.

McManus is one of Ireland’s wealthiest people and the farm is used to graze his race horses and brood mares during the year. 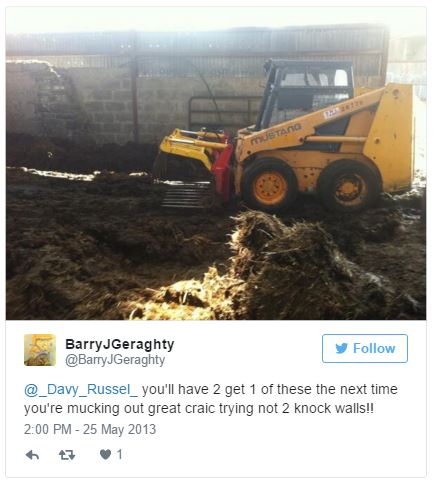 The pedigree herd which is located on O’Leary’s Gigginstown House Stud was established in 1997 and since then it has developed into one of the best Angus herds in the country.

The herd is currently managed by a farm management team, but O’Leary said that he grew up on a farm and he wants his children to experience the same upbringing.

O’Leary is also one of the main backers of horse racing and he owns the second favorite in the Ryanair Chase on Thursday with Road to Riches.

The last day of the meeting will see Don Cossack – O’Leary’s big hope – start as favorite in the Gold Cup, which O’Leary won with War of Attrition in 2006.

However, Cue Card looks set to give Don Cossack a run for his money. The horse is trained by Colin Tizzard, who is also dairy farmer in Somerset.

Tizzard’s stables were on the family’s 500-acre farm in Milborne Port in Somerset until last year, before he moved the training operation up the road.

Tizzard said that if he did not own the farm he would never of been able to start training race horses, as the first stables on the farm were converted cow sheds.