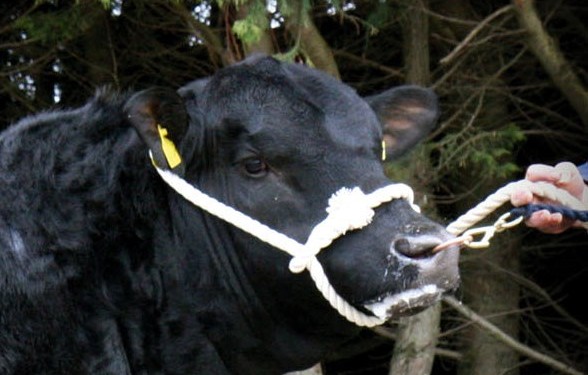 Over 40 bulls and heifers will be auctioned on Saturday, April 18, from the Gigginstown herd at Fenor Farm, Mullingar.

Owner of the herd Ryanair’s Chief Executive Michael O’Leary speaking on RTE’s Countrywide show recently said that at the sale he will be found shampooing cattle, polishing their bums, wiping tails and generally trying to get out of the way of people working.

According to O’Leary, prices through most of the winter have been soft enough.

However, he said it seems to be the law of Irish farming that prices are strong in the spring when everyone is out buying cattle.

“Thankfully, in Gigginstown we tend to keep the cattle over the winter period.

“We have the pedigree sale on the 18th is a group of cattle we housed and fed over the winter and we hope that anyone who comes to the sale will appreciate the quality of the cattle and the outstanding job that Joe O’Mahoney does.

Gates open at 10am on the day.

O’Leary said he expects a lot of Northern Ireland buyers because of the strength of Sterling at the moment.

Murtagh Bros., Auctioneers handled the Angus sale and 44 lots were available on the day.

Of the 44 lots available, 36 were sold at auction, and another five lots were sold privately immediately afterwards, a clearance rate of 93%, which is very impressive given the weakness in cattle sales in 2014.

Lot No. 8 was the top selling bull on the day. Giggingtown House Passing was born October 17, 2012. He was sired by Friarstown Empire. Passing has a replacement index of €191 and a terminal index of €46.

The highest priced heifer was Giggingstown House Mahogany, born February 11, 2012. She was sired by Penguin Mr Elevate. Mahogany has a replacement index of €84.