Publishing farm payments: ‘I’ve no issue with it’ – Ryanair boss 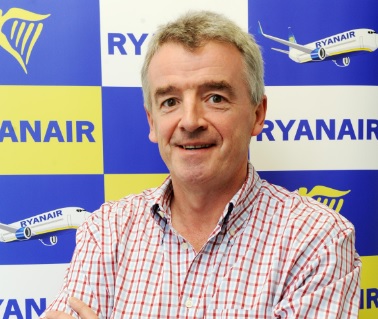 Ryanair Chief Executive Michael O’Leary has said the publication of the details of farmers and their subsides, which is due to happen before the end of May, is not an issue for him.

Speaking on RTE’s Countrywide recently O’Leary, who owns a large beef farm in Westmeath, said he doesn’t have any problem with the publication of the details..

“If you’re receiving public money the public are entitled to know what monies are being received.

“I don’t have any issue with it, except that I’m opposed in principle to Europe subsidising farm payments as it results in higher prices for consumers for produce.”

However, the Minister for Agriculture Simon Coveney has been called on to challenge European regulations which require the Department of Agriculture to publish details of CAP farm payments before May 31.

Making the call IFA President Eddie Downey said farmers are extremely angry that the Minister for Agriculture and the EU Commission intend to breach confidentiality in respect of their personal financial data by proceeding with the publication of individual CAP payments.

Minister Coveney has confirmed that his Department is working on a CAP database with the intention that all of the information will be published by May 31st.

“Minister Coveney must protect farmers’ rights and security, and challenge this unacceptable and unnecessary infringement at every level.”

Downey said he has again written to Minister Coveney on the matter reiterating the IFA’s strong objections on the grounds of confidentiality, lack of proportionality and the security threat involved for farmers.

He said these issues remain very serious and genuine concerns for all farmers.

Eddie Downey said he expects Minister Coveney to take on board the genuine concerns of the farming community in any final decisions he makes on this matter.

A recent Agriland poll on the impending publication of farmers payment details found that 66% of respondents are against the move.

The decision to publish the details comes on the back requirements under European Commission regulations and is set to include names, addresses and the total amount received under all CAP schemes.