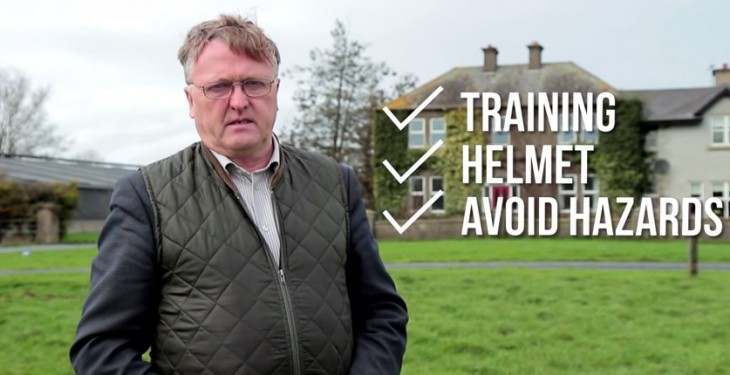 Former President of the IFA John Dillion explains how his leg got caught on the back wheel of his quad bike and it broke off.

“I was actually President of the IFA at time, we had land out across the road and we were bringing in cattle from that field. I was following the cattle on the quad bike and I went up on a slight rise and my sons were on the road because they were letting them out on the road.

“The bike reared and it lifted off the front wheels, I put out my leg to save myself and I accelerated and my leg got caught on the back wheel and I broke it off.

“There was nothing holding it only skin and a bit of flesh,” John says in his survivor story video for the Health and Safety Authority (HSA).

He was shouting after falling off the bike and he was keeping the bike from coming down on him with his other leg. He says that his sons were not far away at the time but one was very near him and that’s what he says saved him.

John continues to describe the farm accident saying that he wouldn’t have lasted long, that he was getting weak. His son took the bike off him and called for an ambulance. John says how he had to take off his belt and tells of how he tied it around his leg to stop losing blood.

At this stage he says he didnt know what was going to happen to himself because the pain was terrible.

“I never had pain like this pain, the pain was awful and it was awful for months. The leg is about a half inch shorter than it was and its a bit stiffer.

“Since the accident I wouldn’t be as confident as I was and we need a quad bike for the work we have to do on the farm. Farm safety is a lot more in all our minds. My sons are very much aware of accidents and what can happen and how easy it is to happen,” he says.

John says how he’d like to see all farmers, and anyone that operates a quad, that the first thing they have to know is that they cannot put out their leg if they’re in any type of danger.

“If my son Joe wasn’t with me that day I’d just be another farming death,” John said. 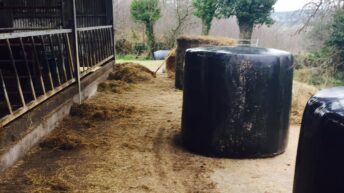