In the early hours of Thursday morning, November 28, David Corrigan knew something wasn’t right when he arrived to look at his sheep.

The well-known Cheviot breeder from Suncroft, Co. Kildare – who recently won a prize at the Wicklow Mountain Cheviot Sheep Breeders’ Association’s 77th annual show and sale in October – was carrying out his daily farm chores when disaster struck.

Like any other day, David and his father – Pat – were checking on their flock of ewes and their rams.

As the duo were turning up the road, they saw their rams scattered around every corner of the field.

There were five Cheviots and one Texel ram found dead. Furthermore, one Texel and three Cheviot rams were badly injured, while the other 11 animals were “extremely frightened”.

All 21 of the pedigree rams that were in the field had won a number of prizes at show and sale events over the last few years.

Speaking to AgriLand about the dog attack, David said: “We had started to group a bunch of older rams that were serving ewes over the last few weeks.

“Luckily, we held back adding any more to that group due to the bad weather or there could have been an even bigger mess.” 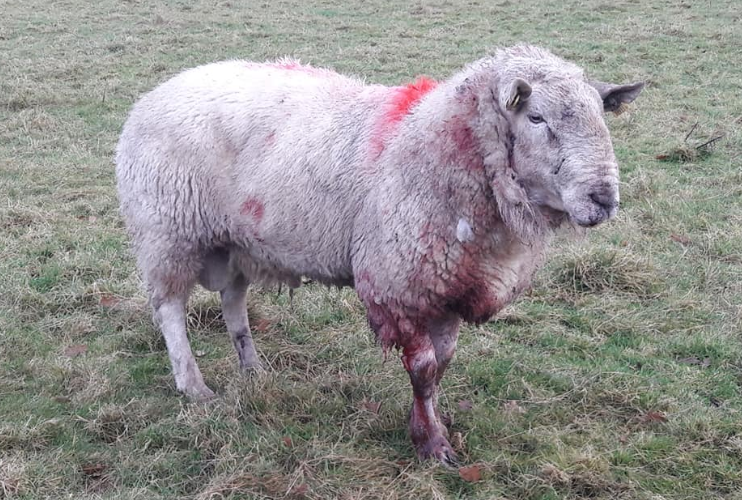 David and his father arrived at the field shortly after 10:00am.

“The attack must have been going on for hours. There had to have been two dogs involved to take down that many sheep.

“They got better at what they were doing as well. The first ram was absolutely mauled; the second one had a big mark on its leg and neck; while the rest barely had a scratch on them.

The paw print in the field from the dog was the size of my hand.

“The road that runs alongside the field is regularly walked by locals and their dogs.

“More than likely it wasn’t a local dog, but it could be one that has walked along this roadway with its owner previously. Normally, dogs won’t attack sheep that they are familiar with,” he explained. 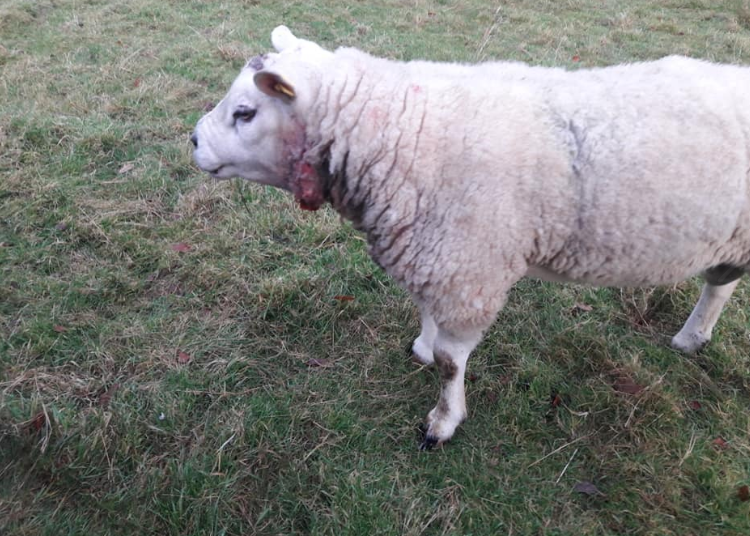 This is not the first time David and his family have encountered an attack on their sheep. The Corrigans have other land that hasn’t been grazed for over 10 years due to an attack that occurred on their ewes.

“We have to be careful where we graze our sheep. This happens to us a couple of times every year. However, unless you catch the dog in the act, you are wasting your time knocking on doors asking people did their dog has anything to do with it.”

David expects only two of the four rams that survived to pull through and make a full recovery. This, in turn, will leave the Corrigans approximately €3,500 out of pocket. The two Texel rams cost over €1,500 between them last year.

David warned farmers who are affected by a dog attack to report it to An Garda Síochána first before they think of doing anything else.

“I would advise farmers to write down what happened and follow the dog back to where it came from.

“Then you should go to the house with An Garda Síochána. In this case, if you have evidence or even a video of the attack occurring the dog owner won’t have a leg to stand on,” David added.

David believes he was “lucky and unlucky” after what occurred last Thursday morning.

“I had two groups of rams on either side of the road. The group that the dogs attacked were old and thin rams that were just finished up for the breeding season.

“However, on the other side of the road were 83 breeding rams for next year’s show and sale [events]. This group was not harmed thankfully. It would have been an absolute disaster if the dogs had gone into that field as well,” David concluded.