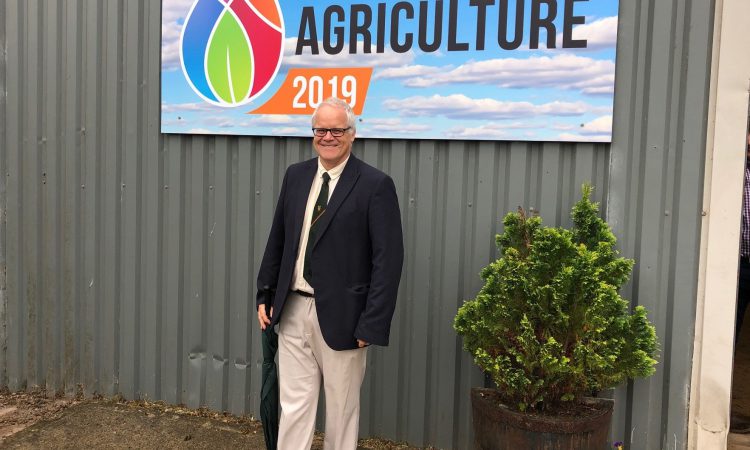 Mike Pearson has been principal of Gurteen Agricultural College for nearly 20 years, having first taken up the role in early 2000.

Ireland was a changing landscape on many fronts when Pearson took over the reins at the college. It was the dawn of Celtic Tiger Ireland and its subsequent crash, interest in agricultural courses was dwindling and climate change and the environment were very much to the fore on the horizon.

But, in his role as principal – a position he will shortly retire from – he has faced all the challenges of the last 20 years at Gurteen College with what appears to be gusto and determination.

And, as a result of this, the college has evolved on so many levels that it has now become one of the leading agricultural colleges in Ireland and a forerunner for farmers when it comes to those much-debated environmental matters.

Also Read: ‘Real opportunities for farmers’ at Energy in Agriculture 2019

Pearson spoke to AgriLand during this year’s Energy in Agriculture 2019 event, which took place on the grounds of the college last Tuesday, August 20.

It focused on exploring the opportunities that are available to farmers when it comes to renewables and bioenergy on the farm.

Meanwhile, Pearson pointed to the changes he has seen over the last 20 years – since his inception at the college back in 2000. He says one of the biggest challenges in all of that has centred on the environment.

I’ve seen a lot of changes over that time and one of the main areas is environmental and how the college has evolved to meet the needs of the planet.

He continued: “When I first arrived at Gurteen, the college was burning turf.

“We are producing electricity on site as well and these are all things that I want the students to be able to see.”

Pearson also highlighted the fact that farmers don’t just have to grow grass, or cereals to feed to animals or people – “they can utilise their land to various degrees to explore the energy side of things for Ireland as well”.

There are huge opportunities for farmers now when it comes to the whole area of energy.

He added: “The Energy in Agriculture 2019 event we organised here at Gurteen College provides farmers with the opportunity to explore many areas of producing fuels on the farm; that is wood or willow biomass, or possibly oil crops – all of which can be used as fuel.”

Pearson says there are also ways in which farmers can save energy.

Really, the best thing the whole country can do on this issue is to look at how to reduce energy demand before starting to produce energy.

“We have been very lucky at Gurteen that we can produce electricity through wind – we have a wind turbine – we also produce solar PV, we light the place with LED lights and we use variable speed motors.

“As a result of all this, we have reduced our energy demand with heating and electricity by 49%.”

The college principal says the facility is “leading by example” and pointed to why the Energy in Agriculture event – which is in its fourth year now – is based at Gurteen in the first instance.

It is because we at Gurteen College can put all this energy into practice.

He added: “We are showing people practical solutions to problems.”

Meanwhile, Pearson arrived at Gurteen College – back in the day, as they say – with an extensive background in agriculture.

He had been working for an advisory body in England advising sheep farmers – he comes from a sheep farming background himself.

He also worked as a senior lecturer at a college in England delivering a specialist Sheppard’s training course going on to become head of department and farm manager.

Pearson pointed out how that he “saw an opportunity in Ireland” when the principal’s post was advertised for Gurteen College.

“There was an opportunity there to take on a college that had, at the time, 70 students with one course and to expand and develop all of that,” he concluded. 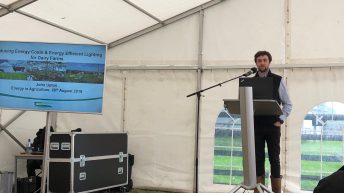