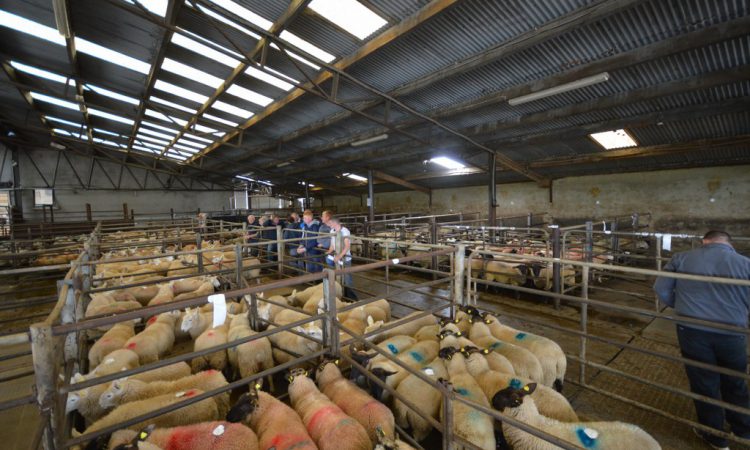 Recent factory price cuts are affecting the sheep trade across the country. However, the hogget trade is on the rise, while store lambs are back €1-2/head.

The number of sheep entered to marts is also on the rise. However, mart managers are reporting that the trade is steady, with hoggets proving popular among buyers; prices range from €110/head up to €170/head.

There was a good trade reported for cull ewes, with prices fetching from €50/head up to €140/head.

There was a large entry of sheep on offer at last week’s sale at Raphoe Mart, according to the mart’s manager, Anne Harkin.

A good trade for all sheep was reported, with a good demand for store lambs and plenty of customers for these lots.

There was a similar entry of sheep on offer at this week’s sale in Roscommon Mart, according to Maura Quigley, the mart manager.

Furthermore, there was a good trade for cast ewes with prices ranging from €50/head up to €114/head.

There was a good entry of 3,168 sheep on offer at Blessington Mart on Tuesday last, August 20, according to the mart manager, John Doyle.

There was also a lively trade for store lambs, with fat lambs back slightly by €1-2/head.

This was the largest sheep sale of the year at Kenmare Mart, on Monday last, August 19, according to the mart manager, Dan McCarthy.

The trade for sheep was similar to the previous week’s sale, with hoggets fetching from €90/head up to €130/head. There was a good trade for light ewe lambs with prices ranging from €40/head up to €70/head.

Some 3,892 sheep were on offer, according to the mart’s manager, David Quinn. There was a strong demand for all types with a full clearance reported.

Store lambs and ewe lambs met the strongest trade, with butcher and factory lambs meeting a steady trade. A large entry of breeding ewes saw an improved demand, with a top price of €185/head reported for hoggets. 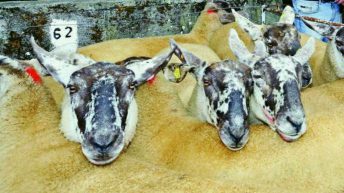 Borris Ewe Breeders’ show and sale: ‘One of the best sales we’ve seen in over 10 years’