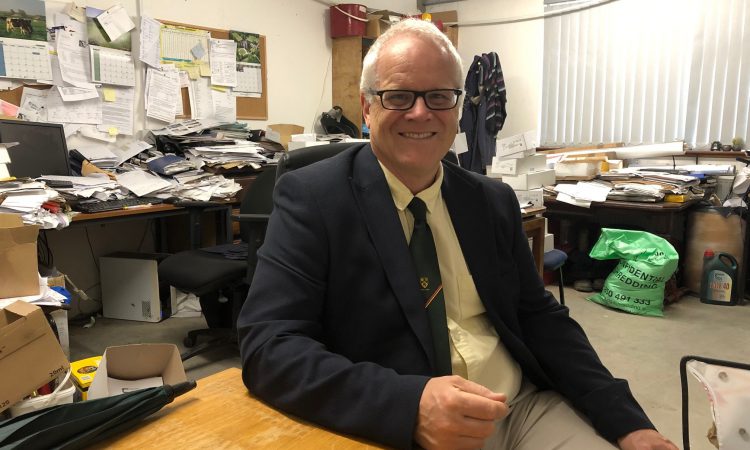 When Mike Pearson took over as principal of Gurteen Agricultural College in 2000 he was facing into a changing landscape. He didn’t realise this at the time, of course, but the Celtic tiger was on the way and so too was the subsequent economic crash, the numbers of students enrolling in agriculture courses was soon to nosedive and the environment had yet to take centre stage.

But, in his role as principal – a position he will shortly retire from – he has faced all the challenges of the last 20 years at Gurteen College with what appears to be gusto and determination.

As a result of this, the college has evolved on so many levels that it has now become one of the leading agricultural colleges in Ireland and a forerunner for farmers when it comes to those much-debated environmental matters.

“I’ve seen a lot of change,” said Person, who was speaking to AgriLand during the Energy in Agriculture 2019 event which was held at Gurteen College on Tuesday, August 20 last.

A vision for the future

Meanwhile, the Gurteen College principal arrived in Ireland – all those years ago – with an extensive background in the agricultural sector having worked for an advisory body in England advising sheep farmers – he comes from a sheep farming background himself.

From there he worked as a senior lecturer at a college in England delivering a specialist Sheppard’s training course, going on to become head of department and farm manager.

Person said that he saw “an opportunity in Ireland” when the principal’s post was advertised for Gurteen College.

At the time, he added, the college had 70 students and one course: “I wanted to expand and develop all of that.

We arrived in Ireland from England – in fact it was the millennium night that I took over as principal of the college.

Pearson continued: “When I first came there was a decline in the uptake for agricultural courses as the Celtic tiger really took hold.

“It was to the extent that when I first arrived in Ireland there were 11 agricultural colleges in the country – now there are just six.”

He pointed out that students applying for agricultural courses around the country began “dropping dramatically” – including at Gurteen College – and that trend continued up until about 2007/2008.

From that period on – as the crash came – numbers increased as people realised that agriculture was very important in the overall scheme of things.

He continued: “We are very lucky in Gurteen that we have a big farm; we have a 1,000ac farm here and as a result of that can service all the enterprises.

“I think that it is the duty of us as educators to educate people in all the main farming enterprises, because who knows in 30 years’ time what form agriculture will take in Ireland.

“I know the dairy industry is flavour of the month at the moment and the beef industry is in crisis.

“But, farmers are the first step in the process – the critical step – they have to produce the food.”

Pearson then pointed to how Ireland exports approximately 90% of the food that is produced here and is heavily reliant, therefore, “on a whole chain of Government, commercial companies, entrepreneurs, etc, to develop the value in that product”.

20 years ago, when I started at Gurteen, the college offered a one-year general course in agriculture.

He added: “Over time that developed and now students do a second year as part of the course so they can specialise in either dairy, tillage, beef, sheep – whatever they want to do.

“The courses themselves have evolved too; the students are spending longer being educated, which they need; critical placements with other farmers also helps and the placement periods have increased as well.

“Then, as part of the course, IT is one of the aspects that has developed hugely over the last 20 years.

When I first came to Gurteen there was one computer connected to the internet; it’s a lot different now.

“I think that over those 20 years Ireland has become a lot more environmentally aware and that of course is one of the areas that we are really trying to get across to students here in Gurteen.

“Students are doing sustainable farming modules now and looking at other things – that is really positive.” 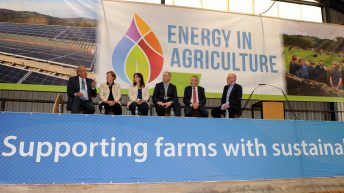 ‘Real opportunities for farmers’ at Energy in Agriculture 2019