Department defined-feedlot kill up 7% so far this year

Figures from the Department of Agriculture, Food and the Marine show that the number of slaughtered animals coming from ‘department defined controlled finishing units’ increased by 7% this year until the end of July, compared with the same period in 2018.

This equates to a 6.9% increase over the two periods. 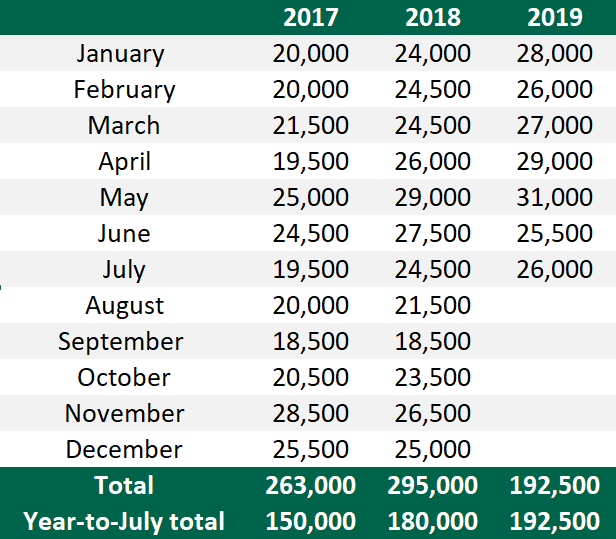 Responding to these figures, the Beef Plan Movement criticised Minister Michael Creed, and what it called the “inaction” of the minister in addressing the recommendation put forward by the Joint Oireachtas Committee on Agriculture, Food and the Marine’s report on the future of the beef sector.

The group highlights that recommendation number five of the report reads that the “minister conducts a review of feedlots with a view to establishing the potential impacts that their use may be having on the beef sector”.

In a statement, the Beef Plan Movement said that a steering committee should be established to “oversee the actions and the progress of the minister on all the recommendations of the report”.

Despite Minister Creed previously stating the figures are published in round thousands for clarity purposes, the Beef Plan has again stated that precise cattle numbers be published on a timely basis each month that reflect the high level of cattle traceability systems which are in operation in Ireland.

The statement from the group went on to say that: “Monthly figures should be expanded to specify animals by category (steers, heifers, young bulls, etc.), age, and the quantity of cattle each month that have received the QPS [Quality Payments System] payment.”