Getting hooked up: Need a ‘Third Arm’ for your tractor?

The recent Tullamore Show, which took place on Sunday, August 11, played host to a number of inventions/innovations – designed to make day-to-day farming easier.

Among these was the so-called ‘Third Arm’; it’s the brainchild of Philip Dickson (pictured above) – a farmer from Co. Westmeath.

Put simply, the device is intended to enable an operator to move a tractor’s lift-arms closer together (or further apart) from the cab – at the flick of a switch. The unit – essentially an electric linear actuator – can either pull the arms together; or push them apart.

The idea is that the device (pictured below) can make it easier to attach a mounted implement to a tractor – from the cab. 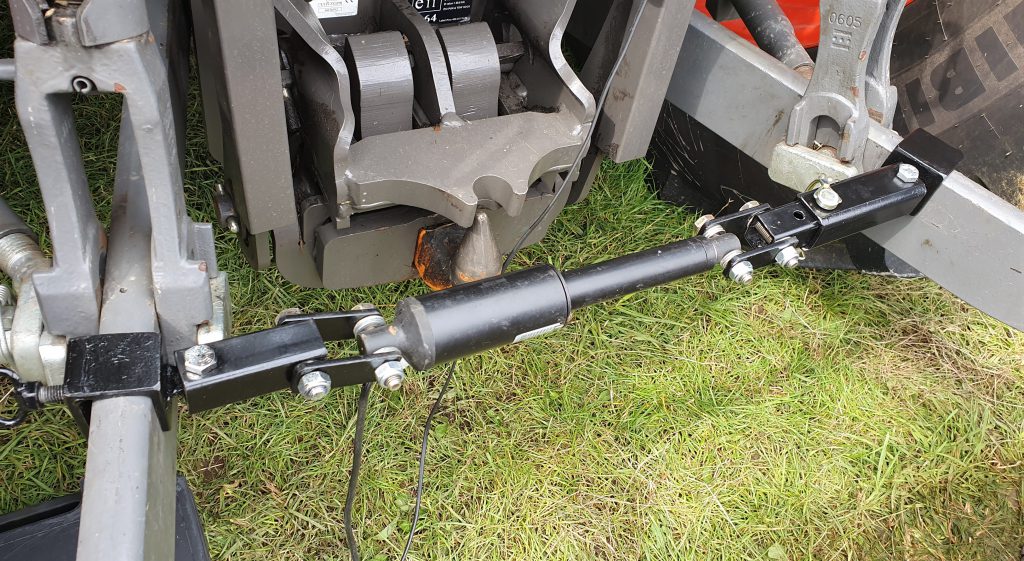 Philip explained: “Tractors are bigger now than they used to be. You can’t reach the lift-arms from the seat – to move them sideways.

“That means putting an implement on a tractor can sometimes be a two-man job. If you’re on your own, you might have to hop up and down off the tractor a few times – to get everything lined up.

“This device – what I’m calling the ‘Third Arm’ – is designed to make a two-man job into a one-person task. The idea is to make the job of attaching something to the tractor’s three-point linkage more convenient.” 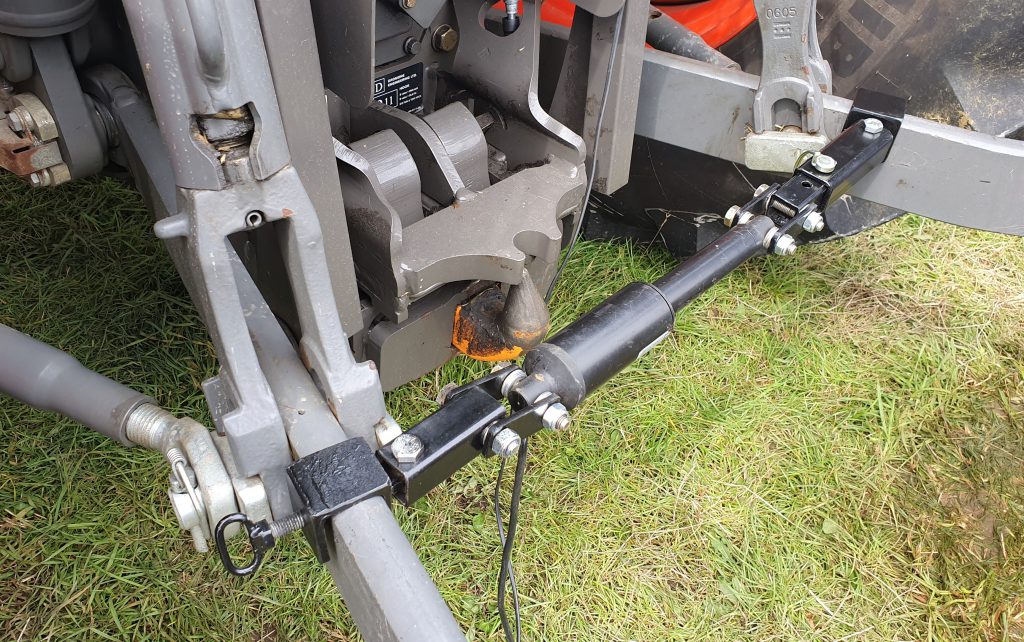 He continued: “You reverse up to the implement. If the lift-arms don’t line up exactly with the implement’s lower attachment points, the ‘Third Arm’ gives you a bit of sideways movement.

To move the lift-arms, there’s a dedicated controller (pictured below) that Philip keeps in the cab. 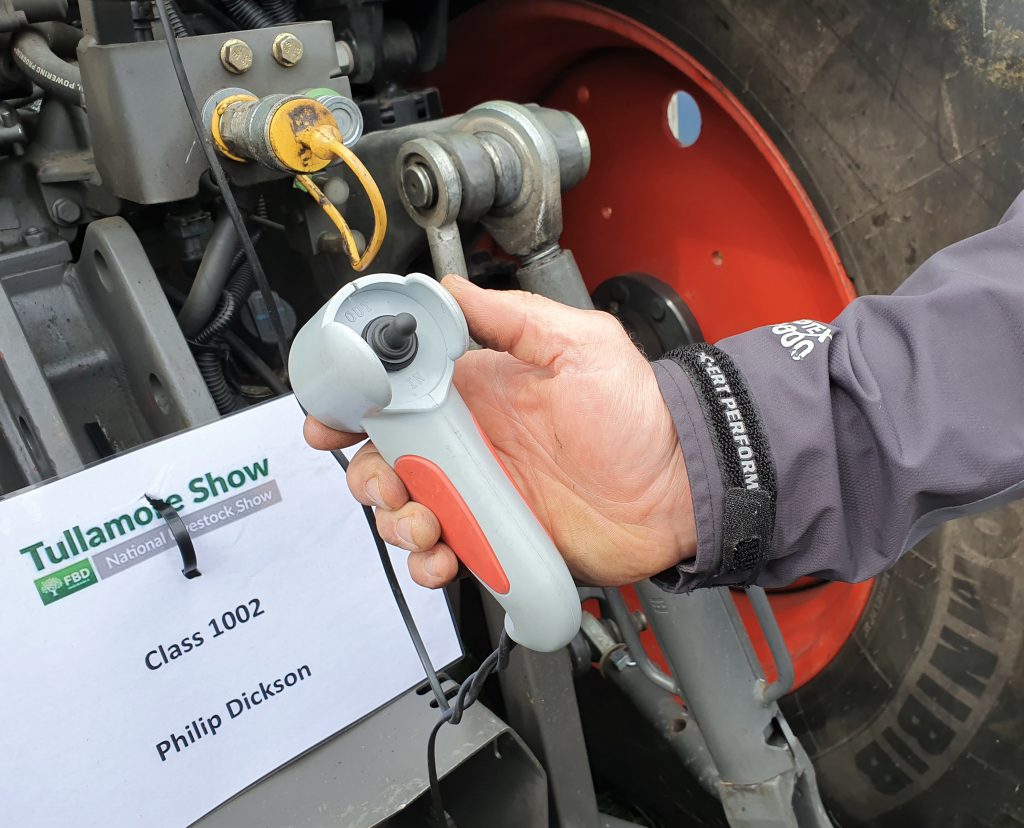 For now, he is showing off the idea to gauge interest – to see if there’s commercial potential.

Look out for it – and Philip too – at upcoming events. For anyone who’d like to make contact, he can be reached at: [email protected].

'New' tractor brand to debut at the National Ploughing Championships