‘George Goes Dairy Farming’ series 2 continues with episode 4 – this innovative farm-focused series is proudly brought to you by AgriLand Media and Progressive Genetics.

The Co. Wicklow-based dairy farmer, George Beattie, is in the ‘crystal’ county to visit the farm of Anthony Betts.

On the farm just outside Tramore, Anthony is currently milking 87 high economic breeding index (EBI) Holstein Friesian cows along with a couple of crossbreds in a spring-calving system, on an 31ha (adjusted) milking platform, with bulling heifers also grazed on the platform. 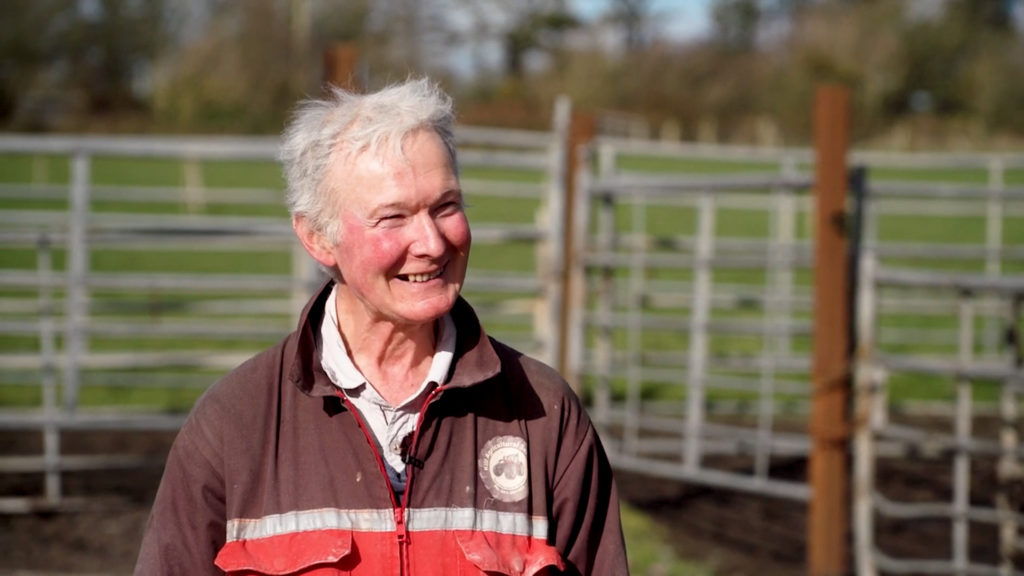 In 2020 Anthony introduced twice as many heifers into the herd, compared to previous years, with once-a-day (OAD) milking being operated for eight weeks. This along with limited access to grass in February and March, led to a decrease in ms production by 81kg/cow, based off the co-op reports.

George speaks to Anthony on how he use records to make breeding decisions and his selection criteria for bulls.

The ongoing series of videos, produced by AgriLand Media with the support of Progressive Genetics, has provided unique insights into the management practices adopted by milk producers across the entire gamut of dairy farming business models implemented in Ireland.

All have been widely recognised for their focus on the clear communication of new thinking within the dairy sector and their role in providing ‘peer learning’ opportunities for all Irish dairy farmers. The latest production is a further, invaluable reference point for anyone with an interest in modern milk production systems.

Speaking about how he started in dairying Anthony said: ”I left school in 1975 and returned home to farm alongside my father. In 1983 my father passed away which meant I was now in charge of the farm. 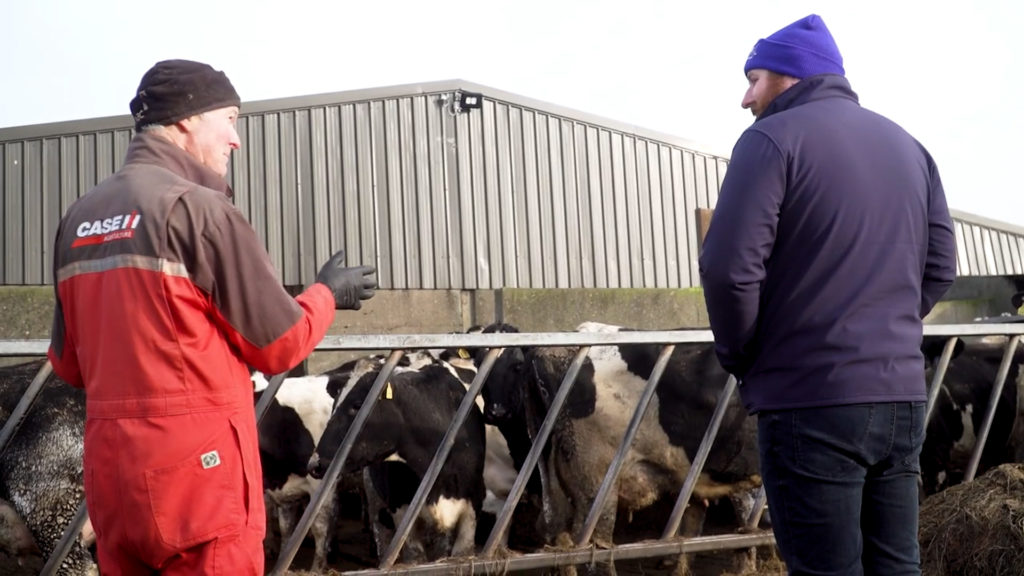 ”The first few years on my own were not easy, my father had been the boss.

When he was alive, he always use to say you can do what you like when I am dead and gone.

”But when he was gone, I was not confident enough at the start to make decisions, it can be hard to know if you are making the right ones.”

Speaking about the progression of the farm and starting milk recording, Anthony said: ”The farm progressed slowly I would say, I began milk recording, which itself is a slow process to build records and then make decision based on these records.”

Anthony completed nine recordings in 2020, nine in 2019, eight in 2018 and ten in 2017. He has also utilised milk pregnancy testing, available thought his milk recordings.

”It takes two years and nine months from the day you put the straw into a cow before you even have an idea if a heifer you’ve bred and introduced into the milking herd is any good.

”It is not really until the heifer/cow has completed two to three lactations before you can see if the decision you made four or five years ago was the right one.

”I think making breeding decisions can be very difficult for farmers starting off, because it takes so long to see the results.” 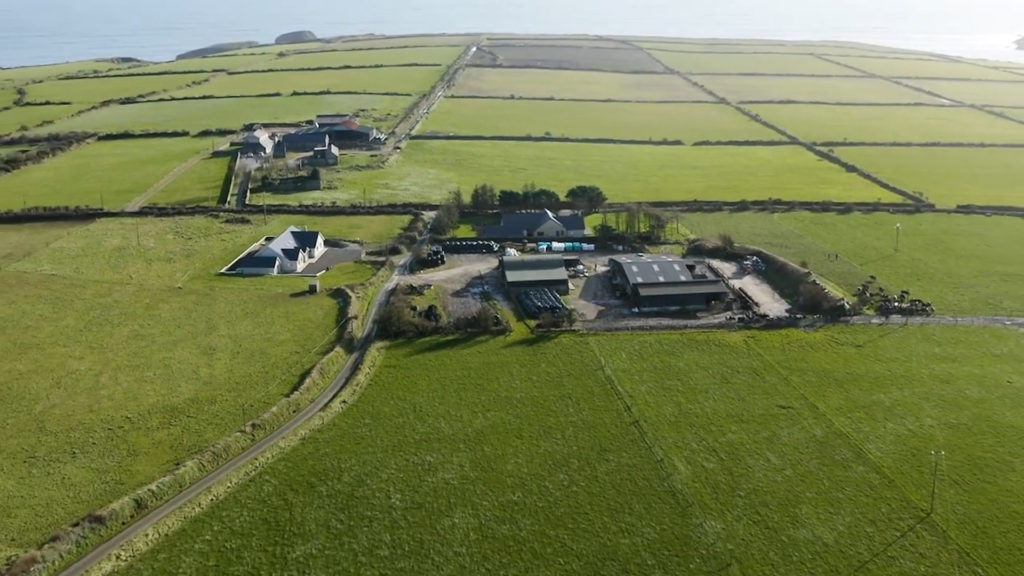 Commenting on what he focuses on when selecting sires Anthony stated: ”I am aiming to produce 580-600kg of ms, if I can reach that level consistently, I would be fairly happy that my system was optimised.

”The selection of the right bulls will allow me to do this. I could select bulls with an extra 200kg of milk, but I would prefer to do it slowly, because the one thing I will not compromise on is fertility.

Reducing the herd’s fertility for extra yield will cost me a lot more money in the long run.

”I began focusing on breeding and keeping records from going to meetings, it makes sense to keep records and cull poor performing cows.

”But it makes more sense to me today, because my records are so extensive and because my cow performance is better than the average Glanbia supplier.”

Anthony is above the national average for EBI and ms. Speaking about his key criteria for selecting bulls Anthony said: ”The three key criteria I would select from is protein percentage, fertility and production.

It is also important to remember that producing higher solids is not as taxing on a cow compared to producing an extra 400L of milk.

”The artificial insemination (AI) man plays a very important role, without him I would be out the door. If he was not good at his job I would be in trouble.”

A one man show

Anthony operates the farm by himself, with a philosophy that he follows when making decisions. “On the wall of the parlour the quote ‘skill before scale‘,” he explains.

There is no point throwing mud at the wall and hoping it will stick.

”It makes sense to me; if you have the records and data to show that you are above average, you then have the confidence to makes changes to the farm, whatever that change may be.”

Advice for someone starting off

Asked about any advice he would give someone starting off, Anthony said: ”It is not easy starting off because it is a long game.

I would describe it as juggling five or six balls; you have got breeding, growing grass, making silage and you’re juggling them all.

”If you drop one of them, well maybe you have just dropped the one and you keep the other five going. But if you dropped one and get distracted causing you to drop them all, you might get disheartened and give up.

”This is where spring time can be difficult with everything going on – cows calving, milking, feeding calves, an issue could take up a lot of your time.

”Then you start into the breeding season with pre-heats; it can be hard to keep it all going and remain enthusiastic about it all.

”But I love it, mainly because I am getting results. If you were not getting results it would be hard to keep going and keep the same level of enthusiasm as you would have started with.”

Catch up on all the episodes of series 2 here:

Catch up on all the episodes of series 1 here: